Cosplay at a 1966 Science Fiction Convention

What's not to love about this gallery of images from the 1966 World Science Fiction Convention in Cleveland, OH? The cameras may have acquired color and the cosplay may have become a bit more sophisticated, but the spirit of the players seems to have remained unchanged.

These images were taken by the late photographer, and sci-fi mega-fan, Jay Kay Klein. You can see the massive collection of Klein's photos and papers of science fiction fandom on the Calisphere website.

Image: Composite of images from the Jay Kay Klein collection, via Cosplay Central Read the rest

This video showcases the high level of cosplay sophistication on display at New York Comic-Con 2015. The thing that surprised me is that people are allowed to bring fake pistols. I know that they have the red tip, but still. 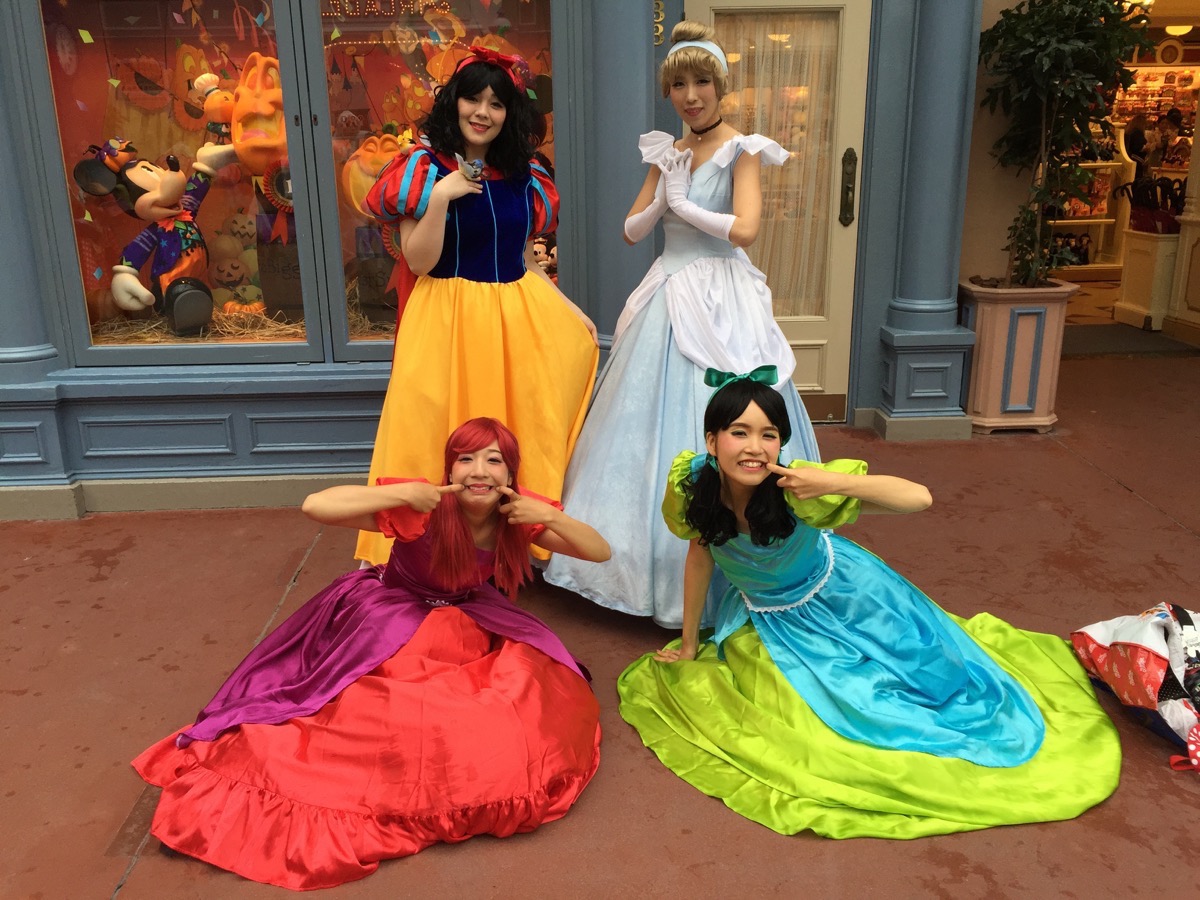 If I have to pick the single best Disney theme park in the world, it’s always going to be the one Walt built — Disneyland in Anaheim, California. It really is different, and better, than anyplace else and the people who run it and work there take special pride in that. But the best Disney Resort in the world, taking into account all its parks, hotels, special seasonal events, and transportation (don’t you hate waiting for those buses in Orlando?) has to be The Tokyo Disney Resort. It’s has the second best Magic Kingdom style park in the world, with many unique rides. They’re really big on seasonal events, too, and they go all-out for Halloween.

Plenty has been written about Cosplay (i.e., “costume” + “play”) in Tokyo, but people mostly focus on dressing up as manga and anime characters in Harajuku — on the Harajuku Jingu Bridge; coincidentally right next to the cicadas singing in Mejii-Jingu — and in Akihabara.

Less well known is that for precisely 10 days in early September and 7 days in late October, The Tokyo Disney Resort has official Cosplay days where adults are allowed to come to Tokyo Disneyland in full costume. Here, however, the only costumes allowed are Disney characters (no surprise). These are not the tired schleppers dragging their kids around you see in the U.S. In Tokyo Disneyland there is a regal quality to the care with which the cosplayers make the costumes and the pride which with they wear them. Read the rest