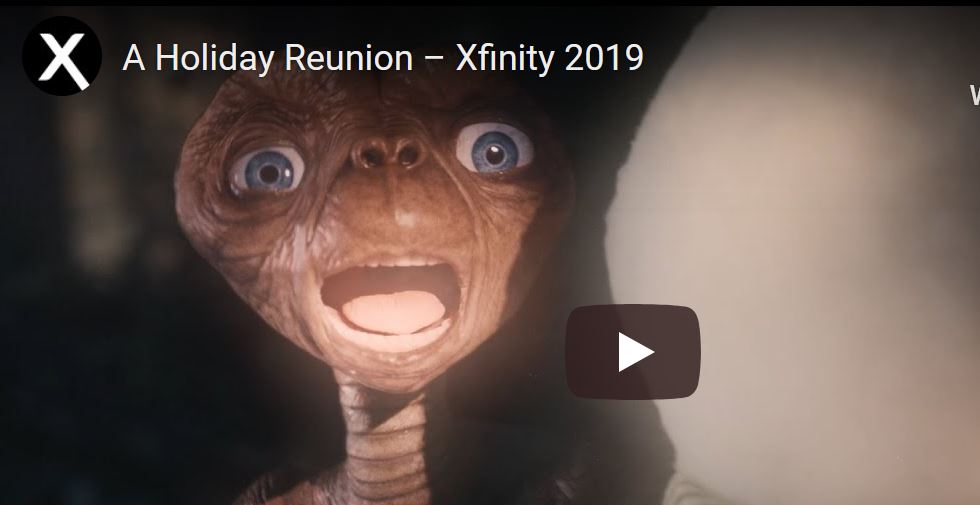 Comcast, frequent winner of "most hated company" polls, brought E.T. back to Earth to advertise its third-rate services.

Comcast, the owner of the Universal movie studio that distributed the creature’s blockbuster 1982 film, has placed him in a new longform commercial for the company and its broadband, cable and satellite products. In the ad, which debuted during the Thursday broadcast of the annual “Macy’s Thanksgiving Day Parade” on Comcast’s NBC, E.T. returns to see his friend Elliott. The character is once again played by Henry Thomas, the same actor who portrayed him decades ago.