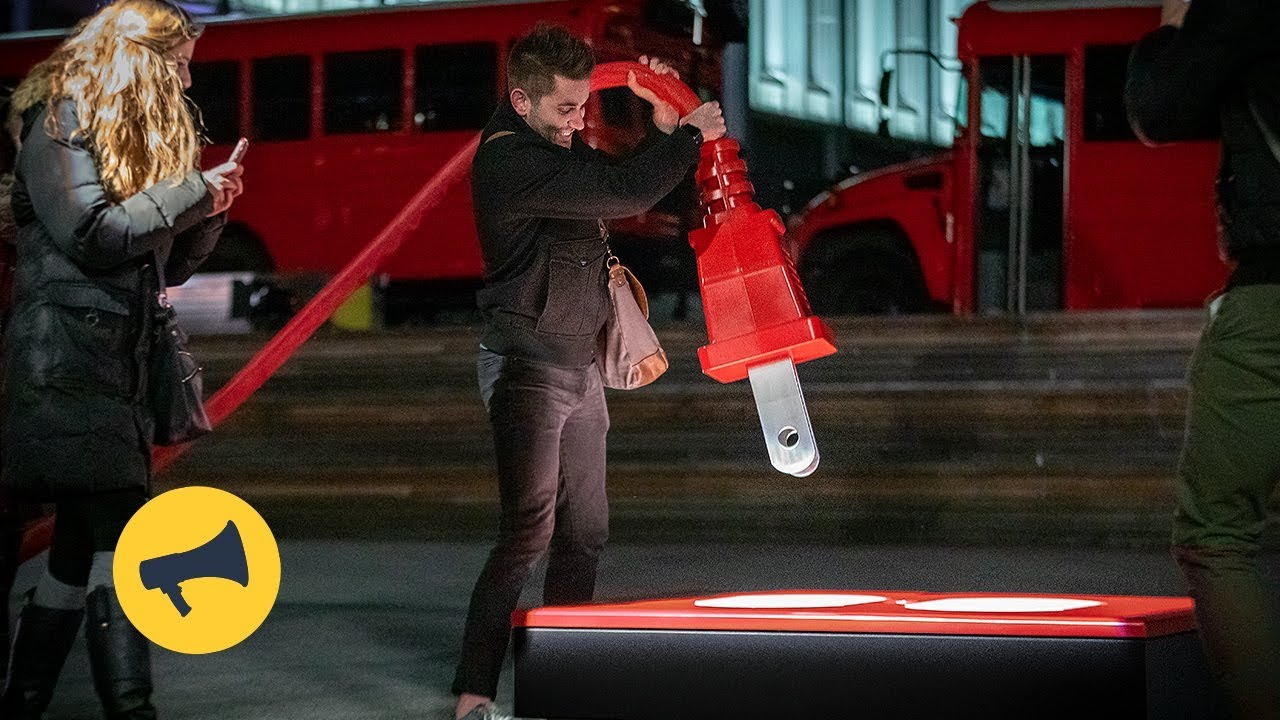 Improv Everywhere's latest mission? Place a giant red boombox at Pier 17 in Manhattan for passerby to discover and plug in. Read the rest 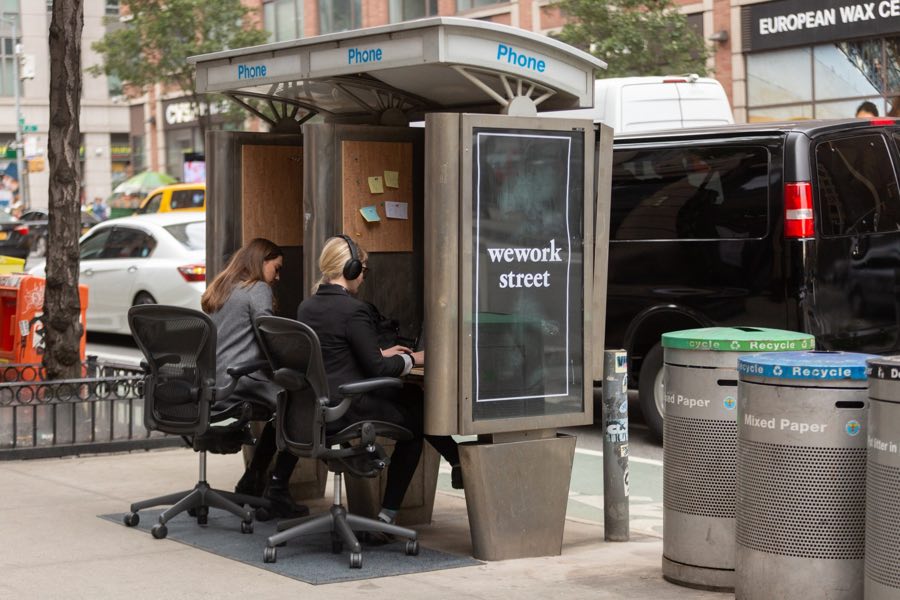 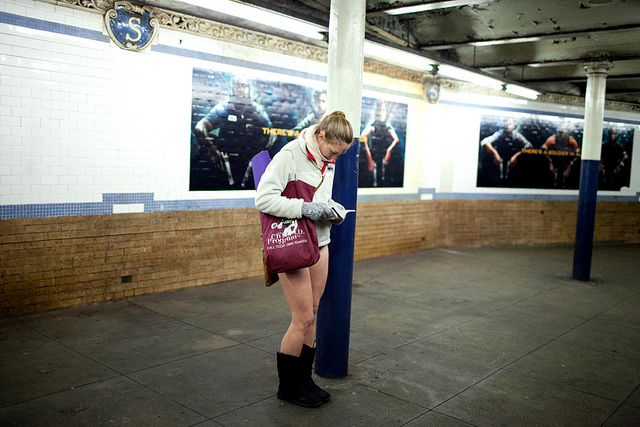 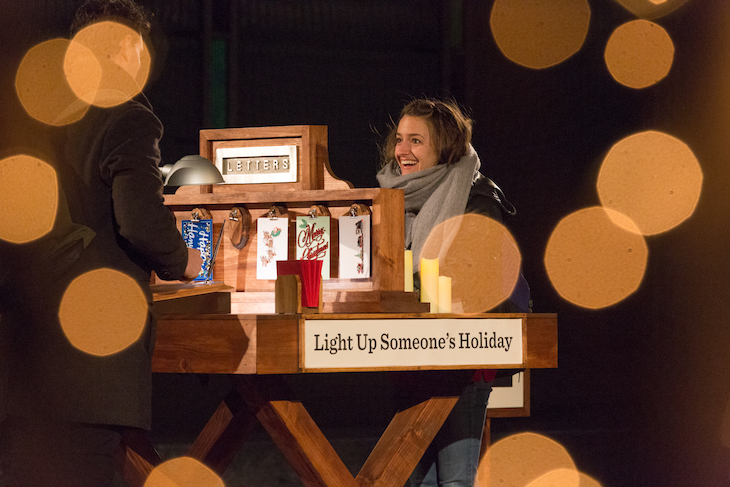 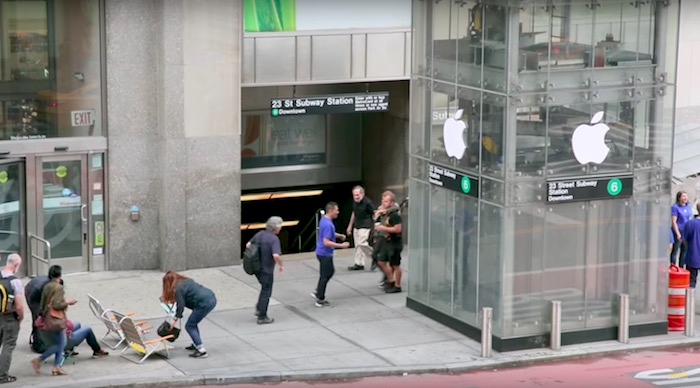 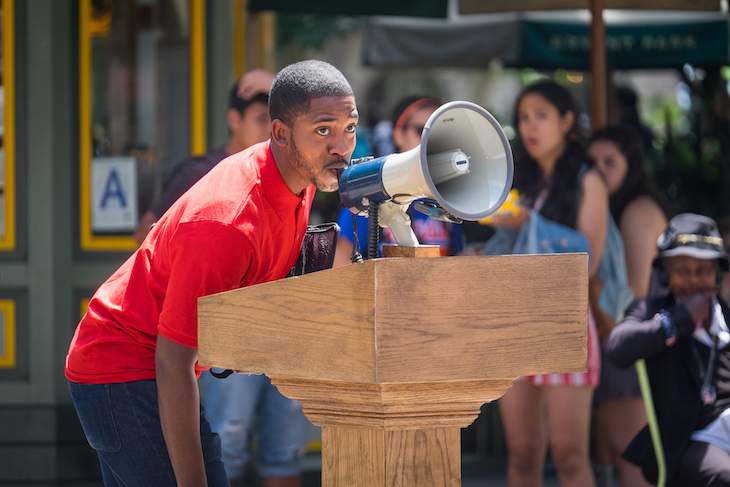 Charlie from Improv Everywhere writes, "What happens when you leave a megaphone on the street with the simple instructions: 'Declare Your Love?' 2016 has been a rough year. It felt like time to dust off our old podium." Read the rest

Improv Eveywhere's "Surprise Press Conference" - a scrum for everyone 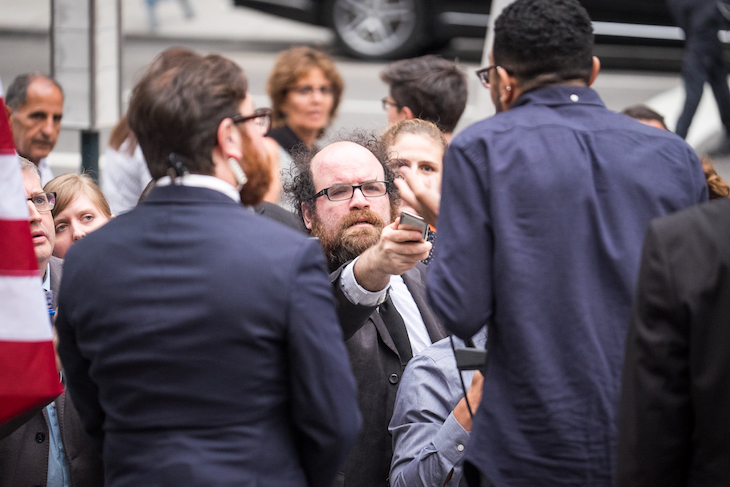 Charlie Todd from Improv Everywhere (previously) writes, "We set up a fake press conference set on the steps of the New York Public Library. When random tourists approached it to pose for photos, a mob of reporters ran up and surprised them with an impromptu press conference." Read the rest 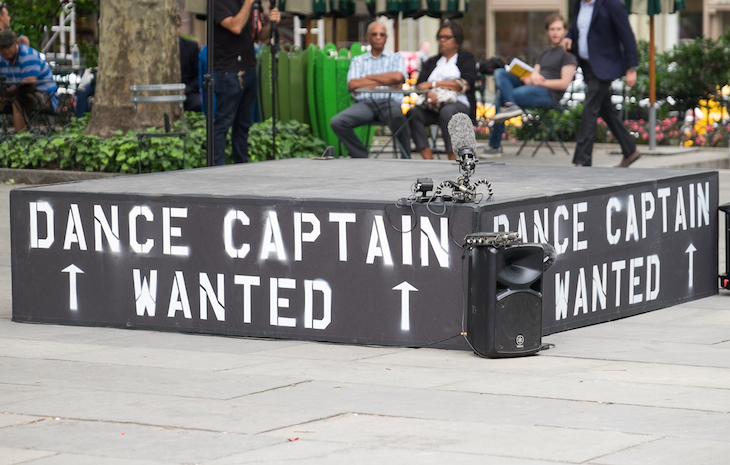 Charlie from Improv Everywhere writes, "We set up 100 dancers in a park and put a platform in front of them. Watch what happens." Read the rest

The fun-loving stunters of Improv Everywhere staged a fabulous stunt in New York City's Bryant Park: they set up a crowd of "grads" in caps and gowns with a stage and a podium, then sent the "dean" out into the park to beg randos to step in and serve as emergency commencement speakers, filling in for a last-minute cancellation. Read the rest