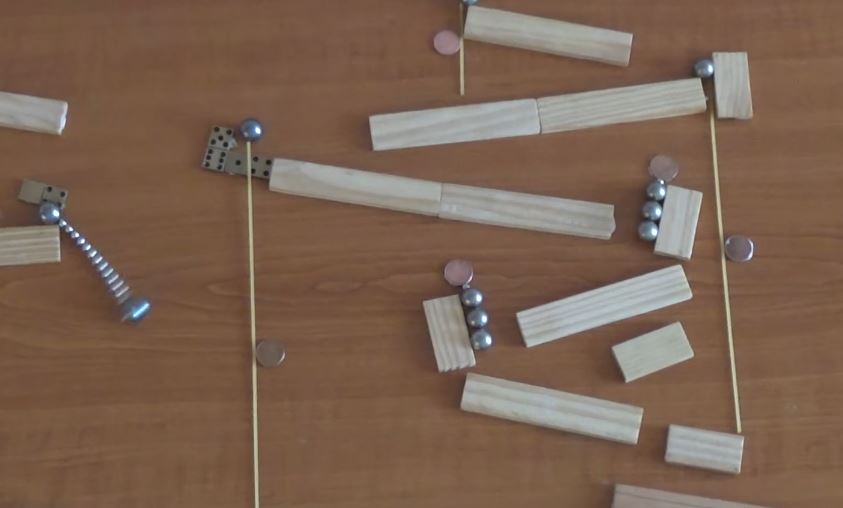 This isn't your usual kinetic pachinko balls-in-a-gravity-maze toy, but a mindbending demonstration of magnets. It starts getting really crazy at about 2m in but one should enjoy the subtle pleasures too. Read the rest

Iron filings move to the music above an array of computer-controlled magnets in TechnoFrolics' "Choreographed Iron Dust" display shown at last weekend's World Maker Faire in NYC. Read the rest

Ferrofluids are basically just iron nanoparticles suspended in a liquid. In the presence of magnets, they do some pretty cool things. For instance, ferrofluids flow to place where the magnetic flux--the strength of the magnetism--is strongest. So if you magnetize the screw from a meat grinder so the magnetic flux is denser at the top than it is at the bottom, the ferrofluid will climb the screw like staircase.