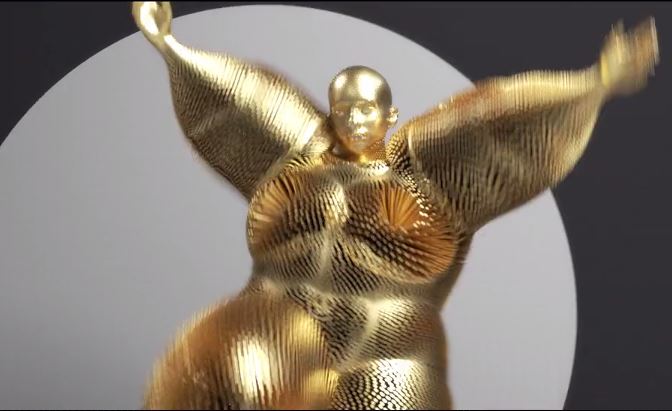 Directed by Rupert Burton, Jon Noorlander and Johnny Likens, this is one of those rare moments where a technical accomplishment—produced to satisfy the ego of brands sponsoring an urban planning conference!—attains spiritual energy.

Deluxe's Method Studios was tapped by production company RSA to concept and create this year’s AICP Sponsor Reel. The AICP awards celebrate global creativity within commercial production. The Method team wanted to create an entertaining piece of design that encapsulates the innovative and prolific nature of this industry. Our aim was to showcase the AICP sponsors as various dancing avatars, which playfully reference the visual effects used throughout production. Motion capture, procedural animation and dynamic simulations combine to create a milieu of iconic pop dance moves that become an explosion of colorful fur, feathers, particles and more. 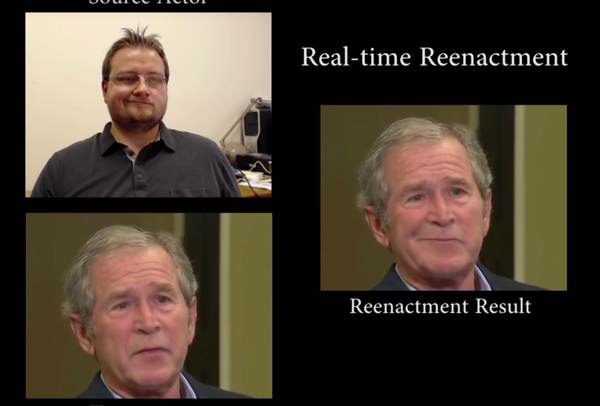 Researchers at Stanford have developed face-capture technology that can alter pre-recorded videos in real-time on low cost computers. In other words, you can make George W Bush or Donald Trump appear intelligent.

We present a novel approach for real-time facial reenactment of a monocular target video sequence (e.g., Youtube video). The source sequence is also a monocular video stream, captured live with a commodity webcam. Our goal is to animate the facial expressions of the target video by a source actor and re-render the manipulated output video in a photo-realistic fashion. To this end, we first address the under-constrained problem of facial identity recovery from monocular video by non-rigid model-based bundling. At run time, we track facial expressions of both source and target video using a dense photometric consistency measure. Reenactment is then achieved by fast and efficient deformation transfer between source and target. The mouth interior that best matches the re-targeted expression is retrieved from the target sequence and warped to produce an accurate fit. Finally, we convincingly re-render the synthesized target face on top of the corresponding video stream such that it seamlessly blends with the real-world illumination. We demonstrate our method in a live setup, where Youtube videos are reenacted in real time. 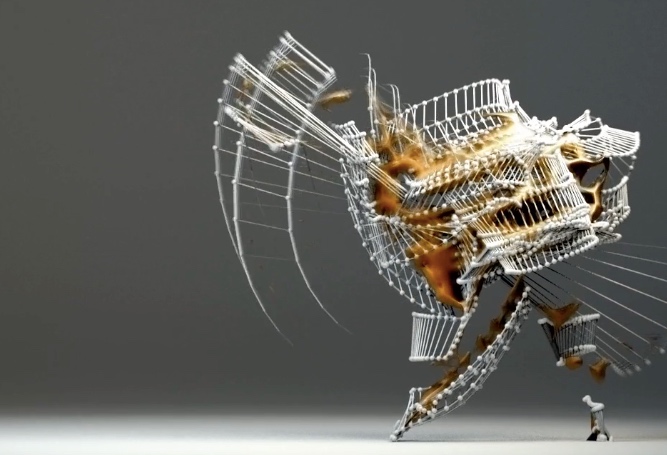 Matt Richardson says: "These are actual outtakes from the voice actors of LA Noire, rendered out.

These hilarious screw-ups were generated as a natural side effect of the MotionScan animation process used to create the game.

Unlike other motion-capture systems that use shiny, reflective dots to track key points as an actor moves, MotionScan generates 3D models, texture maps, and meshes directly from a stereo camera recording of an unadorned actor's performance. The result is an instant virtual copy of that performance that captures mis-timed laughs, a tongue sticking out, and errant sneezes, with only minimal touch-up needed from an animator.

TOM THE DANCING BUG: Billy Dare Into the Uncanny Valley