Worst of McMansions: architectural criticism of inequality's most tangible evidence 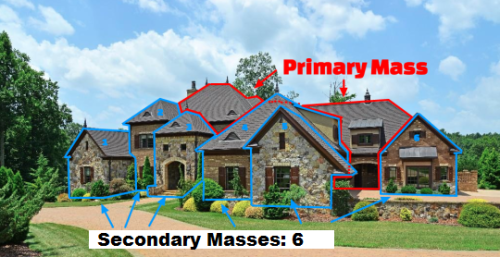 Between the Reagan years and the crash of 2008, developers absorbed the skyrocketing wealth of the 1% with monuments to bad taste and ostentation: the McMansion. Read the rest

Explaining the Snowden leaks to people who don't understand technology crucial, but surely there's a better way than the NYT's terrible piece on the whistleblower's use of the common free software tool wget to harvest NSA documents. On Techdirt, Mike Masnick's got some epic snark on the fusty, tone-deaf way the Times approaches technology in its reporting. Read the rest

What happened next will restore your faith in snark

Tom Scocca writes that ostentatious positivity, pitched as a noble response to the web's omnipresent snark, typically amounts only to the worse thing that snark itself cures: smarm.

What is smarm, exactly? Smarm is a kind of performance—an assumption of the forms of seriousness, of virtue, of constructiveness, without the substance. Smarm is concerned with appropriateness and with tone. Smarm disapproves. Smarm would rather talk about anything other than smarm. Why, smarm asks, can't everyone just be nicer?

The most significant explicator of the niceness rule—the loudest Thumper of all, the true prophetic voice of anti-negativity—is neither the cartoon rabbit nor the publicists' group nor Julavits, nor even David Denby. It is The Believer's founder and impresario, Dave Eggers.

Smarm is another word for Serious Culture—"In smarm is power"—and you know what to do with that. Read the rest

A whiny Assistant District Attorney General of Tennessee asked the judge in the case of Tennessee v Powell to order Mr Powell and his lawyer to stop calling her "the Government." The prosecutor complained that being called "the Government" made him look bad. The reply brief is nothing short of genius: as Lowering the Bar has it: You don't get many chances to do this kind of thing, so it is nice to see someone hit it out of the park." Read the rest

Congressman Mark Takano (D-Riverside) is a former high-school teacher, and he put his paper-marking skills to good use redlining a letter to GOP Speaker Boehner's trying to scare legislators off of the comprehensive immigration reform bill. It's a devastating bit of snark. Be sure you click through for page 2.

A draft letter by Republican members to Speaker Boehner is circulating congress looking for cosigners.