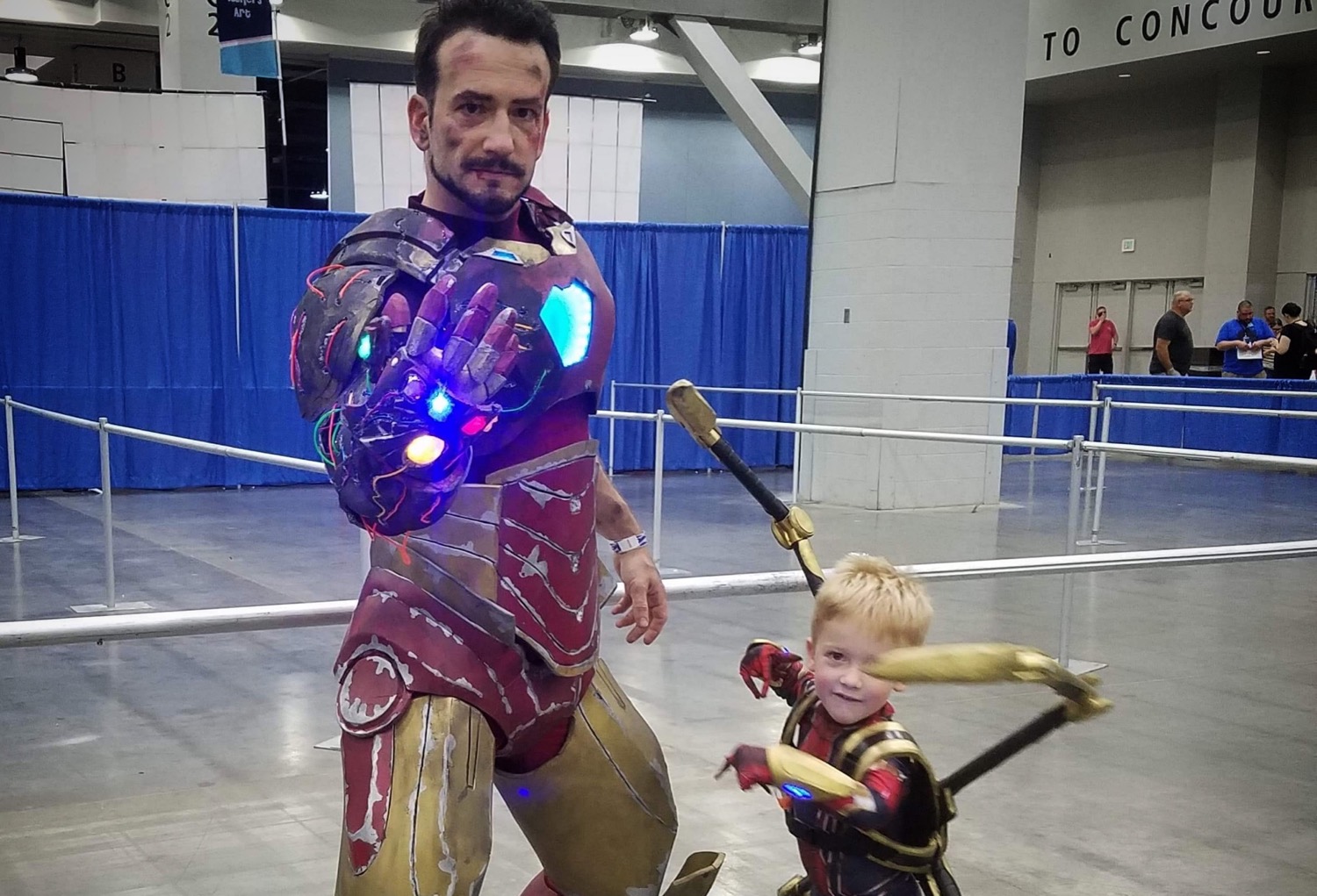 There's something especially wonderful and cute about a good father-and-son Halloween costume project. This dad and kid have really got their game on. Read the rest 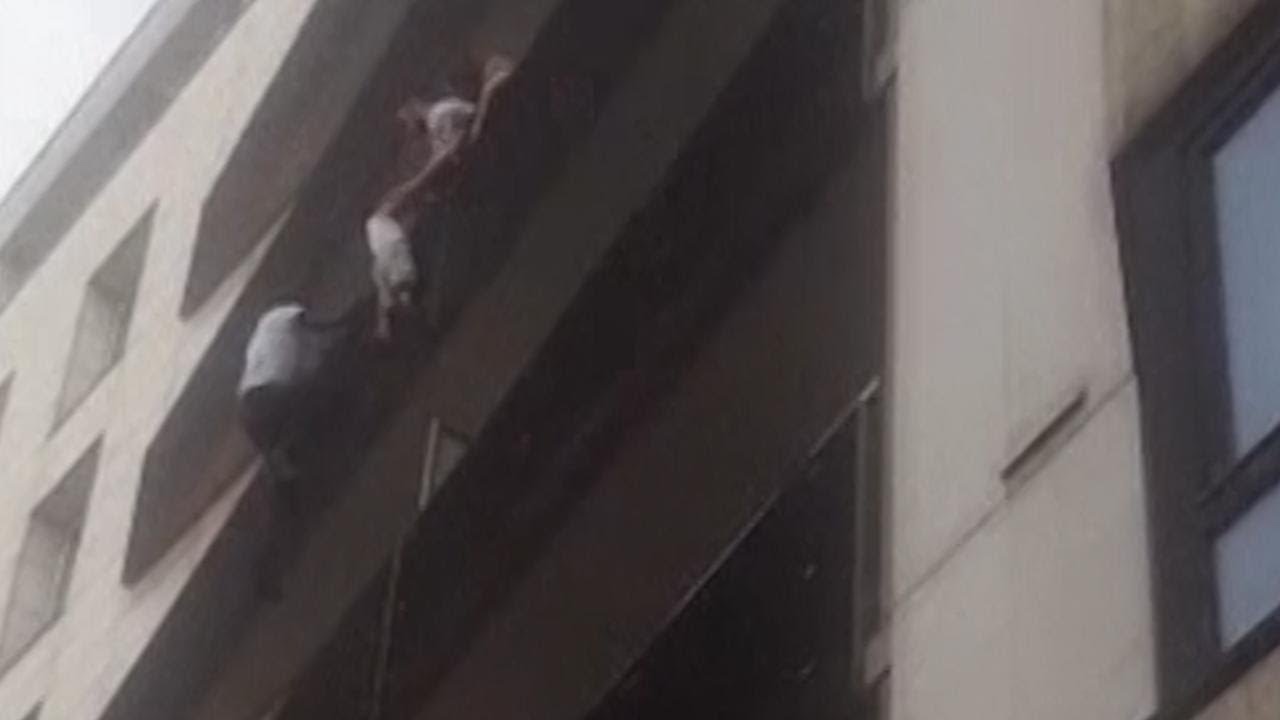 Strip the funky music from this Spider-Man 3 scene, add some more "realistic" audio, and Peter Parker (Tobey Maguire) just seems like a cocky douchebag strutting down the street. Awkward.

Ok, he seemed douchey with the music too: 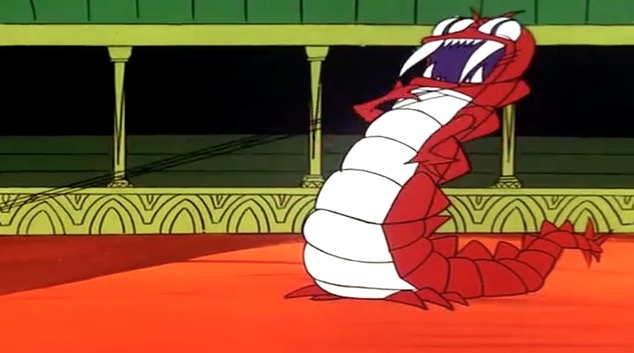 Dan Colman of Open Culture came across this video featuring an hour of excellent music from the 1967 Spider-Man cartoon.

Ray Ellis had a six-decade career as a producer, arranger, and jazz composer. And while he’s best known for arranging music for Billie Holiday’s Lady in Satin (1958), he also enjoyed a long career orchestrating music for television. Working under a pseudonym “Yvette Blais” (his wife’s name), Ellis composed background music for the cartoon studio Filmation between 1968 and 1982. And, during the late 60s, he notably created the background and incidental music for the original Spider-Man cartoons.

It reminds me a bit of Jack Nitzsche's great score for the 1965 dud, Village of the Giants:

Boy hugs Spider-Man piñata instead of breaking it 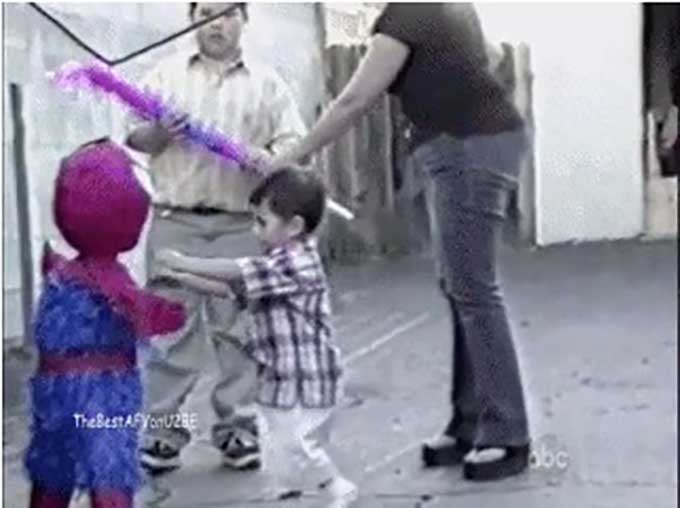 This little kid loves Spider-Man and refuses to beat him with a stick. 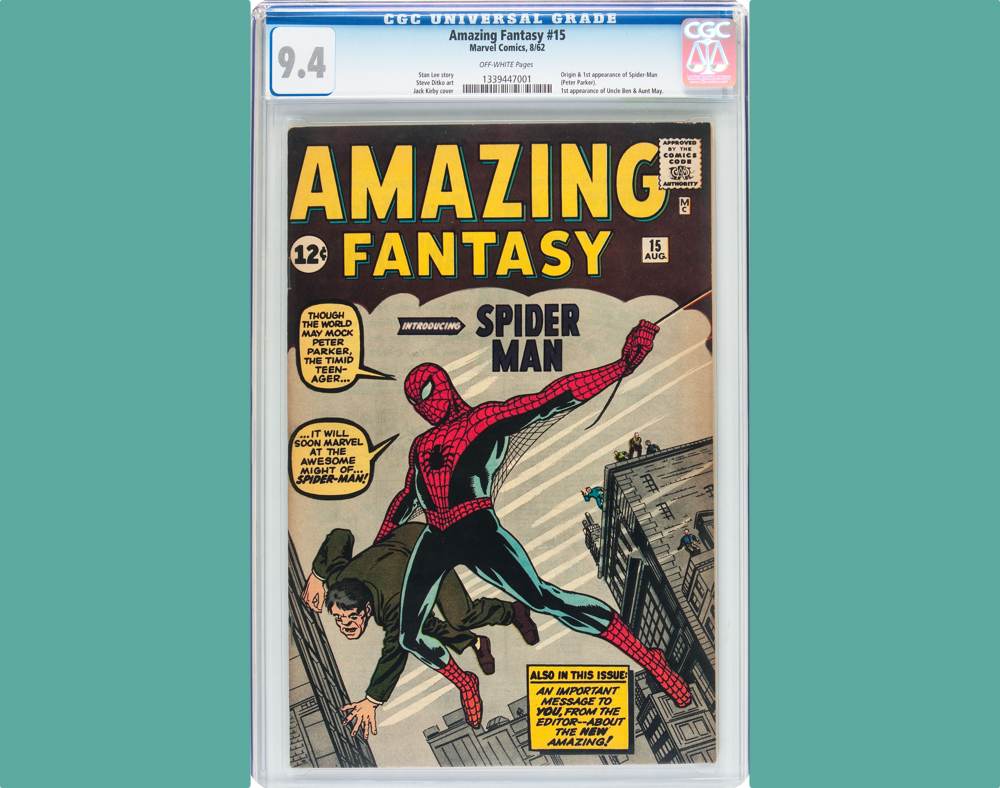 The copy was purchased in 1980 by New York area collector Walter Yakaboski, a comic book collector, who had the opportunity to buy a handful of key early Marvel comic books for the very tidy sum of $10,000 – a good bit to spend in those days. Among them was the copy of Amazing Fantasy #15, the landmark first appearance of Spider-Man. The portion of the trove it is figured today they he spent on Spidey is about $1,200.

This copy of Amazing Fantasy #15 was not known to the collecting hobby before this auction, as Yakaboski kept it almost perfectly preserved in a safe deposit box for 35 years. The book was purchased by an anonymous collector. Another Spider-Man comic from Yakaboski’s collection drew serious attention as a 1963 copy of The Amazing Spider-Man #1 sold for $110,537.

“It’s a superbly preserved copy of one of the most sought-after comic books in the world,” said Lon Allen, Managing Director of the Comics Department at Heritage. “It’s worth well more than its weight in gold.

A lively brawl erupted in Times Square between a man dressed as Spider-Man and a man said to have been harassing other street performers who earn their keep posing for photos with tourists.

Why would anyone be willing to pay $250,000 for Todd McFarlane's original cover art for Spider-Man #300? Because only it's the only cover appearance of the web-slinger sporting the black Venom symbiote suit, silly!

Todd McFarlane’s Amazing Spider-Man #300 Original Cover Art (Marvel, 1988), one of the most important and memorable comic images of the 1980s, is expected to bring $250,000+ when it crosses the auction block on Friday, Nov. 21, in Heritage’s Comic and Comic Art auction.

“No artist of the Modern Age has had a bigger impact on Spider-Man than Todd McFarlane,” said Todd Hignite, Vice President at Heritage Auctions. “He defined the character for an entire generation. We've sold some of his great Spidey covers in the last several years – including one that is still tied for the record of most expensive piece of American comic art of all time – but none more iconic than this cover, an absolute classic.”

The piece features Spider-Man in one of the very last times he would ever wear the black costume, as it turned out to be an evil alien symbiote, which would go on to create many different kinds of havoc for Spider-Man over the years.

This is the art that graced the cover of the 25th anniversary issue of Spider-Man that marked the first full appearance of Venom, a combination of Eddy Brock and the black costume symbiote.

“Covers just don't get any more memorable,” said Hignite. “Reproduced and paid tribute to endlessly, this one is burned into the collective imagination of all comic fans from that period and it’s one of the most impressive covers to come to market from any period in recent memory.”

Watch a three-year-old get Spider-Man for Christmas

Scientific advising for science-fiction films is a really fascinating topic for me. It's a weird, weird world, where the goal is not necessarily extreme accuracy, but extreme believability. That can be a stress point for science, a field that is, generally, all about striving for accuracy. The scientists that help directors create believable worlds have to balance the goal of educating the public with the goal of entertaining same. That can be tough, and it leads some creative solutions—and little educational Easter Eggs buried in the background of blockbusters.

Take the work University of Minnesota physicist Jim Kakalios recently did for the new Spider-Man reboot. The film's creators asked him to invent a complicated-looking equation that, in the context of the story, would relate to cell regeneration and human mortality.

How do you invent a fictional equation? Start with a real one.

In this video, Kakalios explains where his imaginary equation came from, starting with the Gompertz Equation, a very real function that describes mortality rates and can be used to model tumor growth.