I can barely watch, but anyone who has seen "Grizzly Man" will understand that bears are wild animals and should not be trifled with. 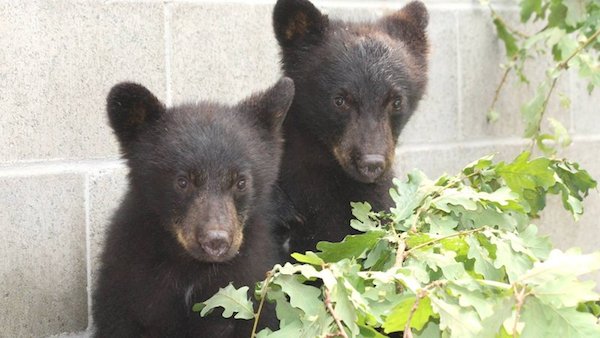 A mama bear with two cubs made a habit of sneaking into a mobile home in British Columbia, Canada and raiding the freezer. On one of these visits, conservation officer Bryan Casavant was ordered to kill all three bears. But after putting down the mama bear, he didn't have the heart to kill the babies.

Despite being ordered to put them down, Casavant tranquilized the cubs and took them to a veterinary hospital, where they were deemed to be in good health. The cubs, named Jordan and Athena, were then taken to a recovery center run by the North Island Wildlife Recovery Association in Errington.

For his good deed, Casavant is now suspended from his job and under investigation. Fortunately, he's got a lot of public support for his heroic act.

At the time of this writing, an online petition calling on B.C. Environment Minister Mary Polak to reinstate Casavant has attracted nearly 152,000 signatures. It only needs around 48,000 more to reach its goal of 200,000.