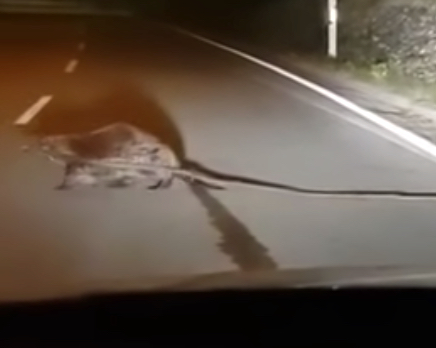 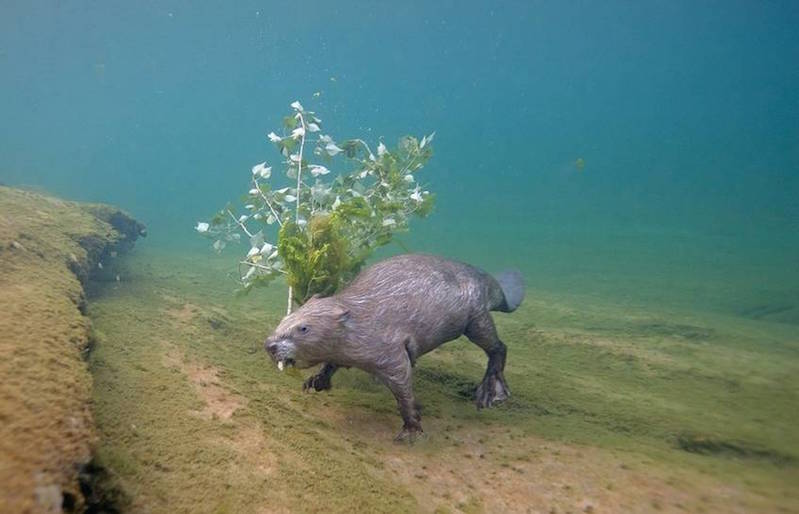 For four years, photographer Louis-Marie Preau would lie motionless underwater for hours at a time to get this perfect shot of a Eurasian beaver carrying a branch back to its lodge. Read the rest 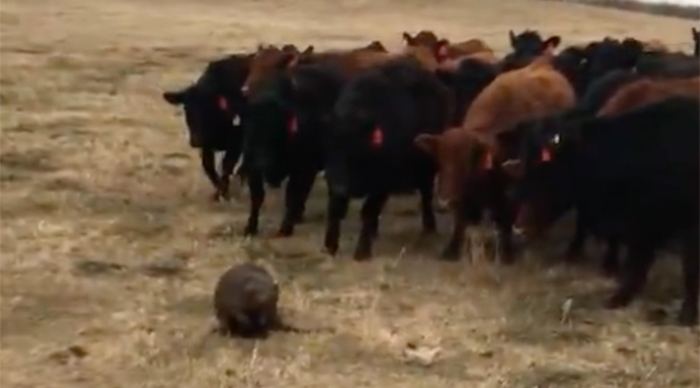 Rancher Adrienne Ivey noticed her 150 heifers were all bunched together, and headed over to find them being herded by a "furry little beaver."

“It wasn’t until we got to the very front of the herd, that we could see what all the commotion was about.”

Ivey said it was “really quite cute,” and “the most Canadian moment of all moments.” Ivey shot video of the curious cattle drive and posted it online, where viewers have been watching the cows trailing closely behind the buck-toothed creature, with their heads lowered. When the beaver stops, the cattle stop, too, only to proceed when the furry animal continues on.

The beaver was probably just trying to get from one bit of swamp to another, apparently, when the cows put it in charge. Read the rest

Look at these parachuting beavers

The Idaho beaver population explosion of 1948 was a big problem. Sarah Palin was still just a twinkle in her father-to-be's eye, so she couldn't be hired to shoot them from a helicopter. So Idaho's Fish and Game department resorted to Plan B: catching the critters, stuffing them into boxes, flying them to remote areas, and dropping them by parachute to their new home. The plan worked! Read the rest