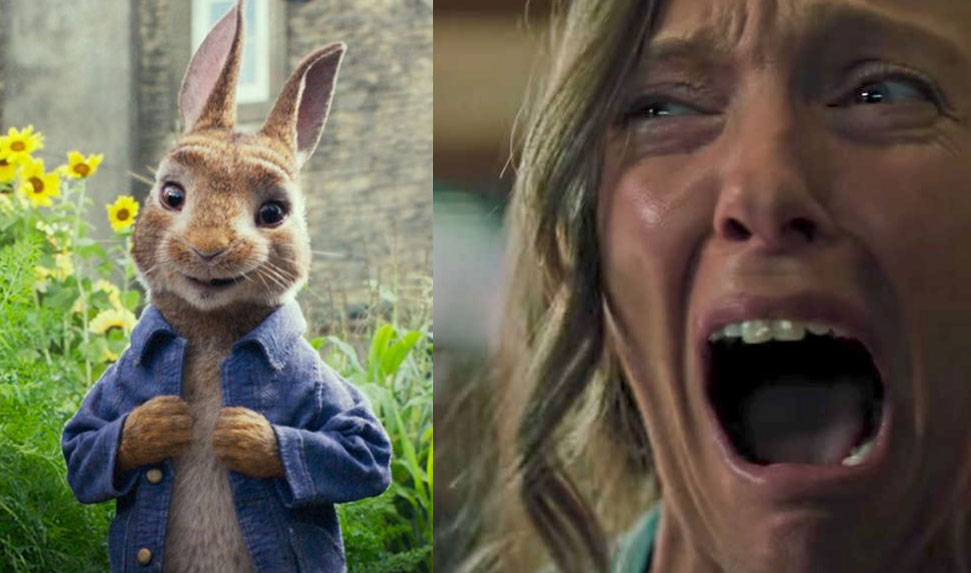 Here's something from the department of "You can't buy this kind of publicity."

At a movie theater in Perth, Australia, a group of kids and parents got more than they bargained for when a scary trailer for the horror flick Hereditary (above) played ahead of the PG-rated Peter Rabbit. The audience of 40 got a taste of what critics are calling the "scariest horror film of 2018."

The clip of the film starring Toni Collette shows a pigeon's neck being snipped with a pair of scissors by a demonic child, a young man's head being smashed into a desk, a person covered in flames, and other scenes definitely not meant for little eyes. Oops!

One of the moms in the theater told The Sydney Morning Herald:

"It was dreadful. Very quickly you could tell this was not a kid's film. Parents were yelling at the projectionist to stop, covering their kids' eyes and ears," she said.

"A few went out to get a staff member but she was overwhelmed and didn't really know what to do. Some parents fled the cinema with their kids in tow.

"Eventually a senior staff member came in with a walkie talkie and he shut the screen off. To his credit he apologised and offered us complimentary movie passes to make up for it."

The A.V. Club reviewed the film in January calling it, "the most traumatically terrifying horror movie in ages":

I don’t scare easily. As much as I love horror movies, and have since I was young, they don’t usually shake me in any real, lasting way: “It’s only a movie” is always there for me like a security blanket, smothering any genuine panic.