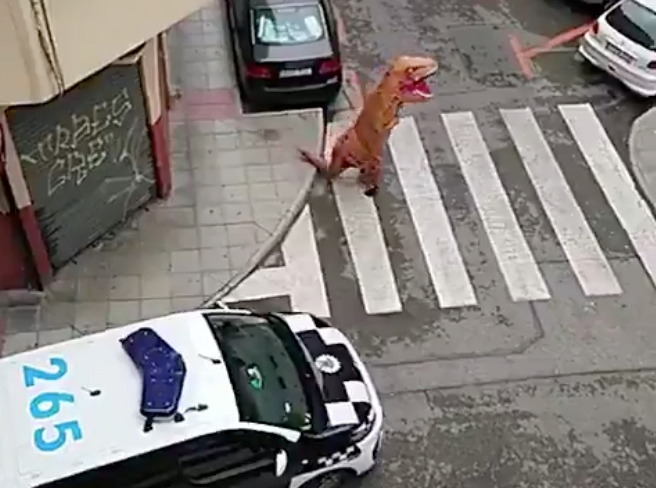 Police in Murcia, Spain caught a Tyrannosaurus rex violating a coronavirus lockdown. The cops were kind enough to let the dinosaur off with a warning. From CBR:

On the first released video, filmed by a neighbor, the T-Rex wannabe is clearly taking out the garbage. In the second video, however, it seems as if the T-Rex was making a break for a nearby park. The video was accompanied by John Williams' Jurassic Park theme.