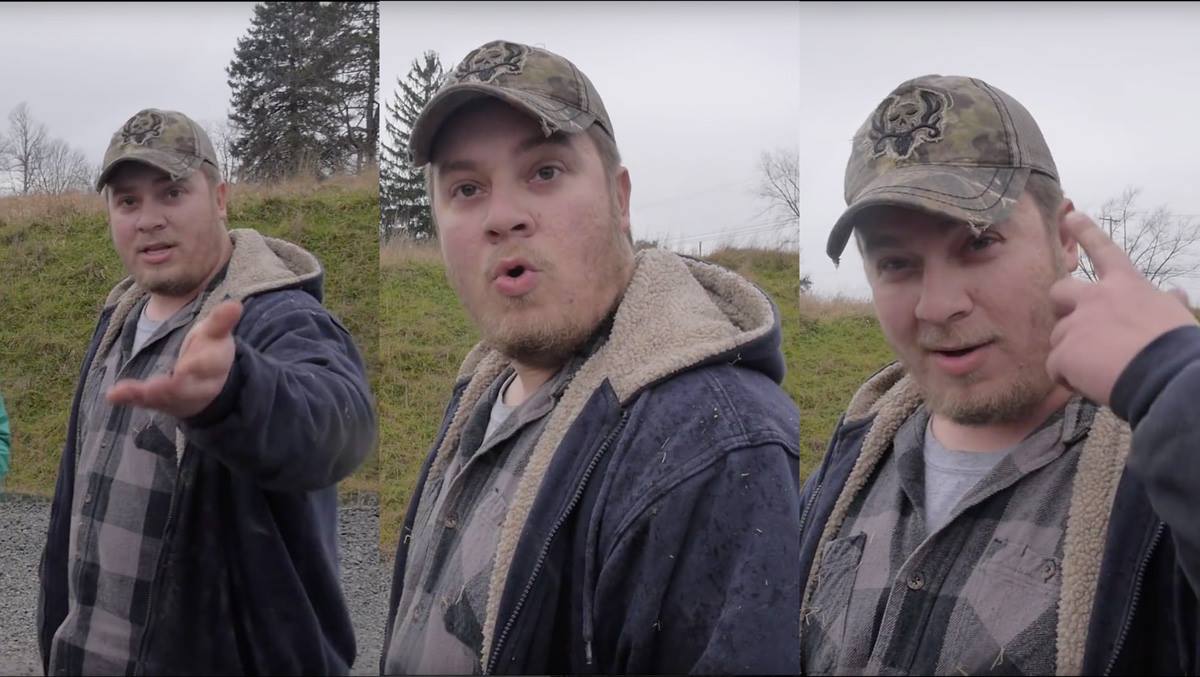 Butler News in Pennsylvania identified this man as John Pisone, seen here harassing a group of anti-fracking protestors and making incredibly racist remarks and monkey noises to the black cameraman. In the video, the man repeatedly boasts that he works for a living and accuses the others of being lazy parasites.

“Have you actually done something with your life, have you had any kind of a job?” the man asks one of the older activists, who laughs in his face.

“Just like this chimp right here,” the man continues, motioning at the camera.

“What did you say?” one of the activists asks.

“We’re peaceful, we do not need your antagonism,” one of the protesters says.

The man responds by mocking the group with chimp-like noises. He goes on to explain that he had time to “tease” activists because his job was rained out that day.

But after the video was posted, someone recognized him and alerted his employer, MMC Land Management, who promptly fired him. They said in a statement:

Today, we were disgusted to learn that one of MMC’s former employees used racial slurs and made racially charged comments during a peaceful protest in Mars, Pennsylvania, outside of work hours at a location with which we have no affiliation. We are sorry that this incident occurred. Whether at work or not, we do not condone hate speech - EVER.

Probably not a democrat / racism