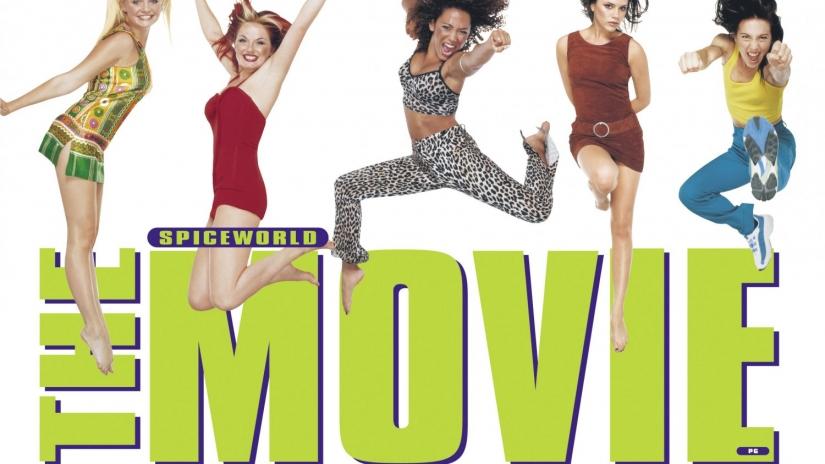 The mid-nineties roughly mark the point where Britain's late-20th century TV-entertainment monoculture ran out of steam: its stars too old, its programming too staid, its secrets too widely-known, new competition in the form of the internet and cheap cable/satellite channels, and a new generation of British artists conquering the world without Jimmy Savile's introduction. Spice World, the official Spice Girls movie, is an interesting artifact of the times: the new paying their respects to the old, who were given a staggering parade of cameos. It is, Sirin Kale writes, a deranged postmodern masterpiece.

this revolving door of period-piece cameos arguably does the already-shaky script a disservice. By the time Bob Hoskins appears as Ginger Spice in disguise mid-way through the film, Spice World has devolved into a hodgepodge doner-kebab of celebrity cameos, glued together with the meat and gristle of ham-fisted exposition.

Still, it’s a lot of fun, especially Roger Moore’s gloriously campy cameo as the "Chief," the enigmatic head of the girls’ record label. One scene, where Moore recites a pseudo-Confucian philosophy while stroking a pet rabbit, Bond-villain style, almost didn’t make the cut.

"I’d written this ridiculous philosophy for him [When the rabbit of chaos is pursued by the ferret of disorder through the fields of anarchy, it is time to hang your pants on the hook of darkness. Whether they're clean or not]," Kim recalls. "But then I thought, O h, this is a bit stupid, so I cut the lines.” Arriving on set, Moore had memorized the scene Kim cut.