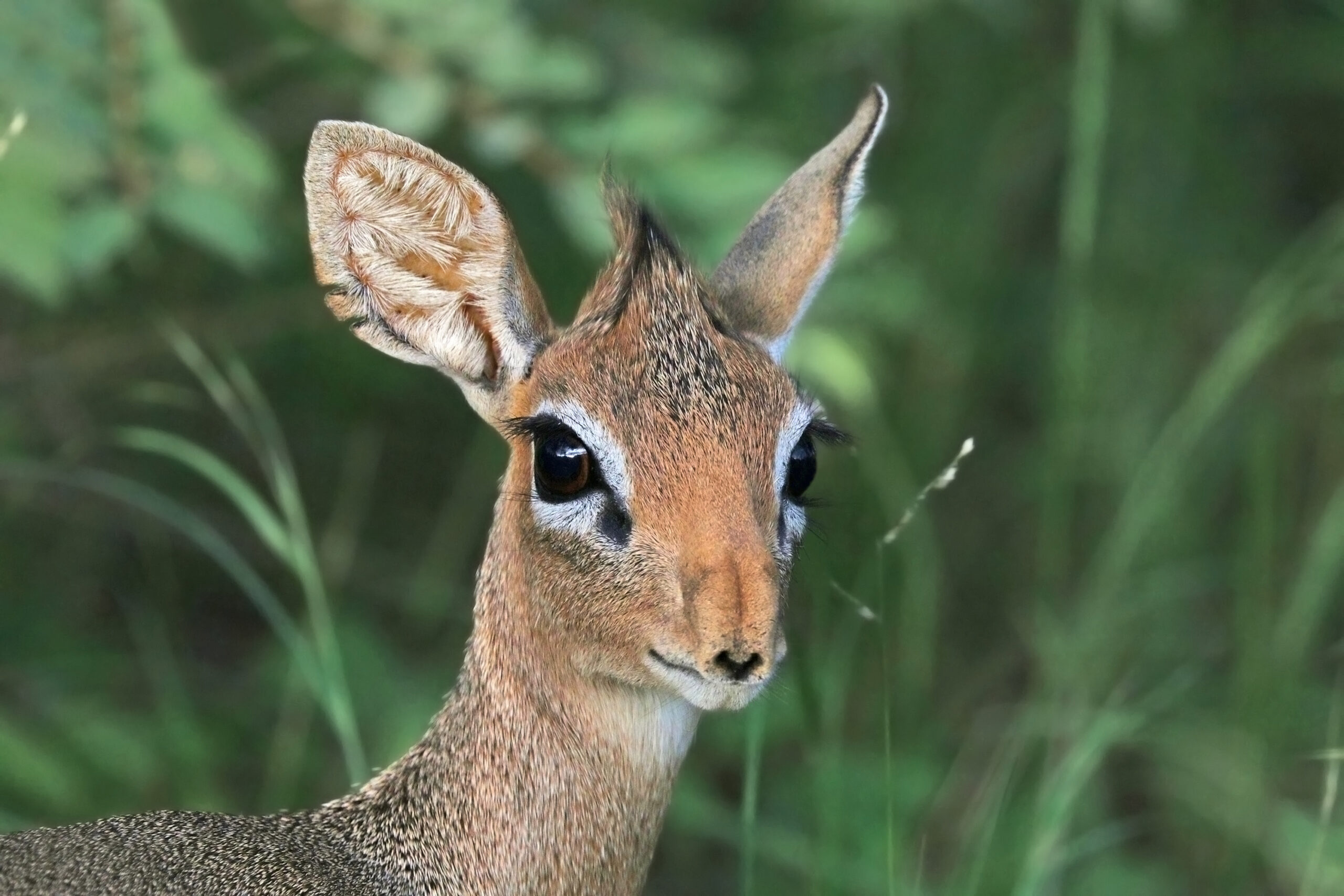 Baby peacock shows off its tiny feathers for the first time 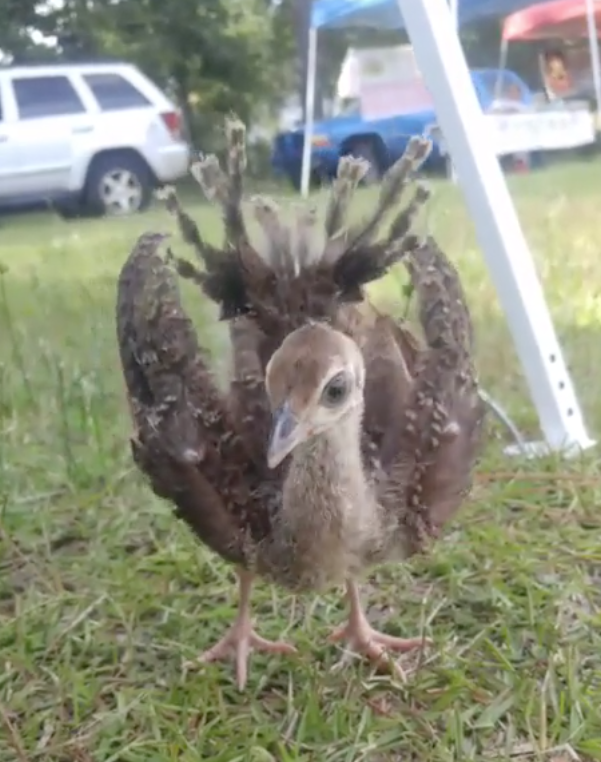 Did you know a baby peacock is called a peachick? I didn't until I started writing this post up. I'm not even sure I had ever even seen a baby peacock, er peachick, before in my life. This peachick's name is Drew and he was rescued by the folks at Hairy Farmpit Girls in White Oak, Georgia. Last week, they captured him strutting around with his new big-bird feathers for the first time and it's really, really cute.

"Drew was thrown in a garbage can out in Douglas, Georgia," Jennifer Evitts, owner of Hairy Farmpit Girls... "Someone saw what happened, grabbed him and then reached out to us to see if we would take him as she didn't know what to do with him."

...In addition to providing a safe haven for abused or neglected animals, the farm sells a range of goat milk-based products, from soap to lotion to lip balm, to support their cause.

Meet the internet sensation, Drew Peacock, today at the Peach Stand of St. Simons! He will be with us all day, puffing and vibrating for his fans! Photo credit, @lollybayphotography

Kittens play in an Easter basket 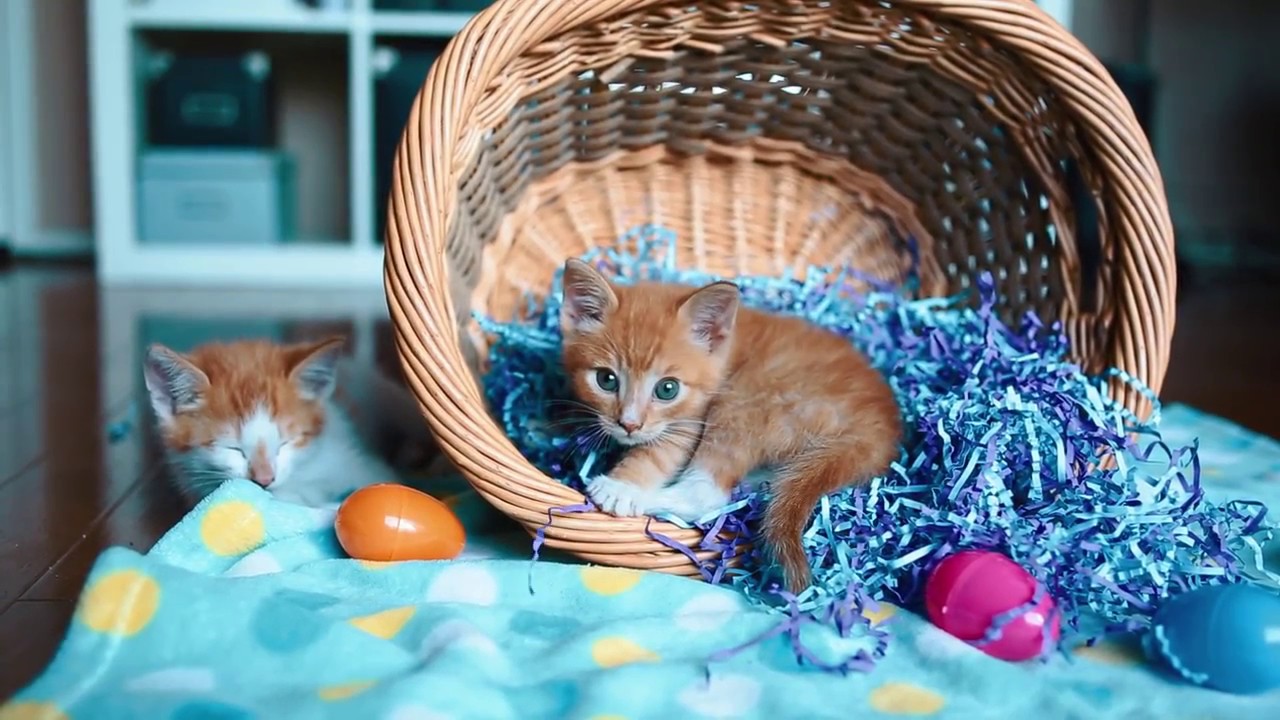 This is the perfect use for that post-Easter Easter basket. Read the rest

Videos of Patrick Stewart being licked by his new rescue dog 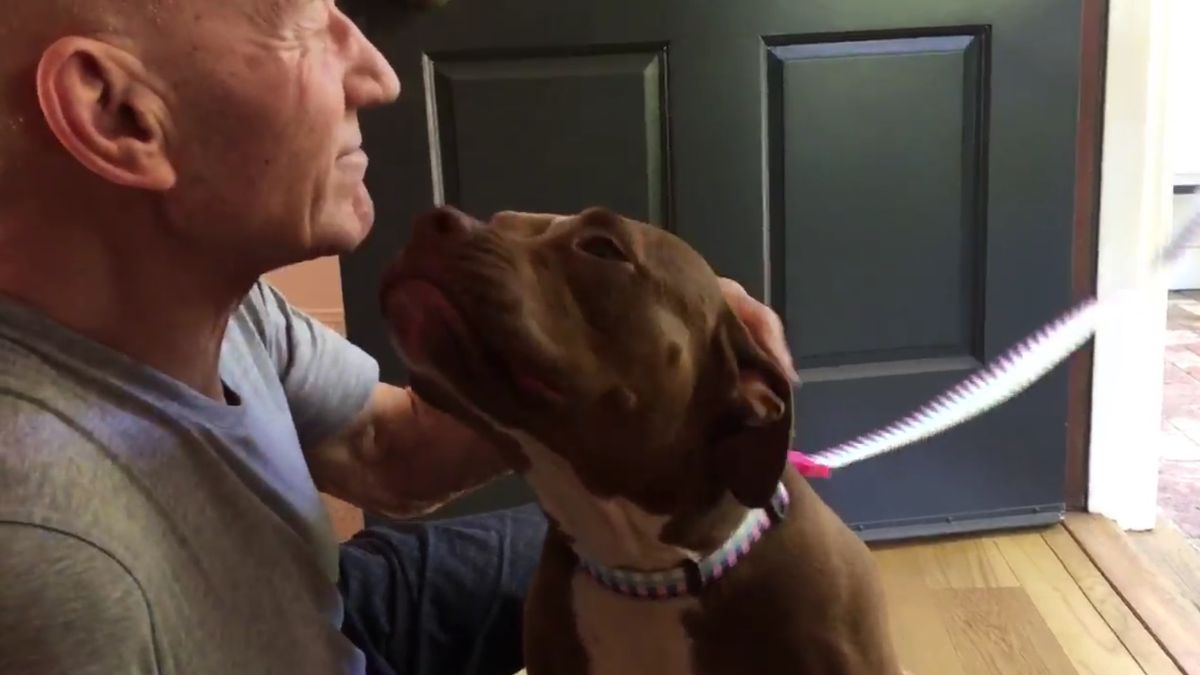 Sir Patrick Stewart OBE is a legendary actor, activist and baldy. Ginger is his family's new dog, a pit bull terrier adopted through ASPCA and Wags And Walks.

Thanks to @ASPCA and @WagsandWalks Sunny and I are finally fostering our 1st pitbull! Meet Ginger. I'm in LOVE. #AdoptDontShop pic.twitter.com/VQUBDvZhi9

The X-Men actor may have outdone himself this week, though, when he posted the above tweet, welcoming his new foster dog Ginger into his home. We don’t want to belabor the point too much, but this is an internet video that combines a cute fostered pitbull and Patrick Stewart speaking in his most gentle, delighted voice, and thus represents the internet’s current stockpile of peak cute. 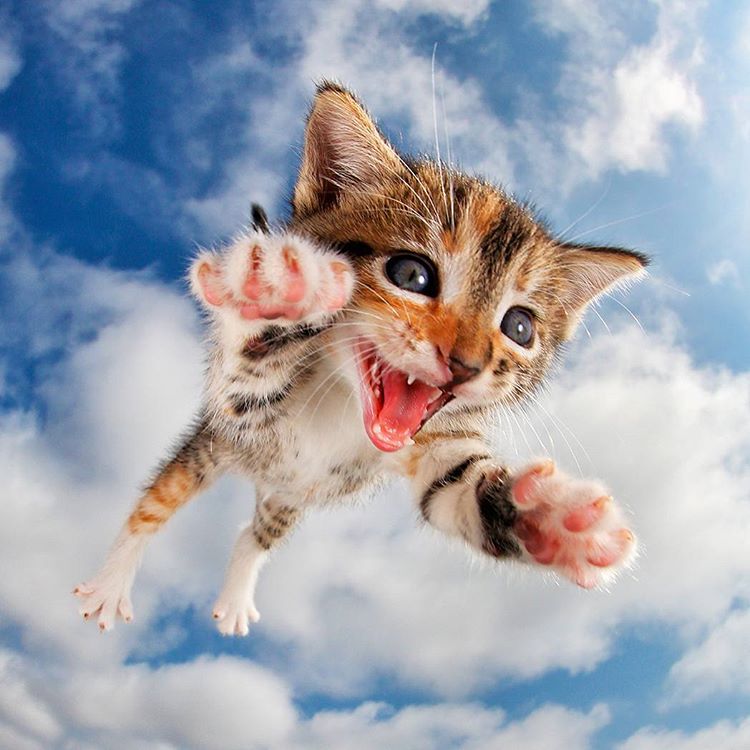 As promised by the headline, nothing more, nothing less, just kittens photographed mid-pounce. The raw adorable feed: Seth Casteel. Read the rest

This little girl has the cutest “mad face” 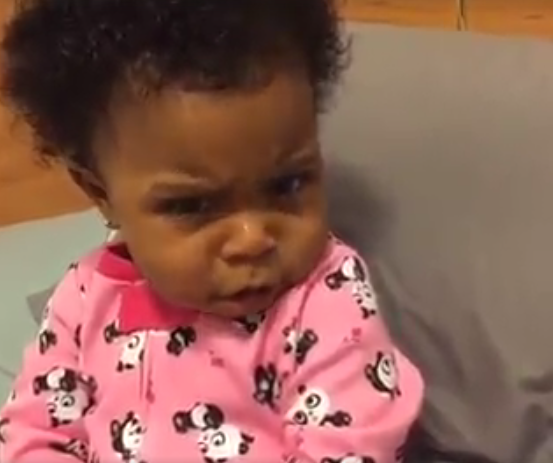 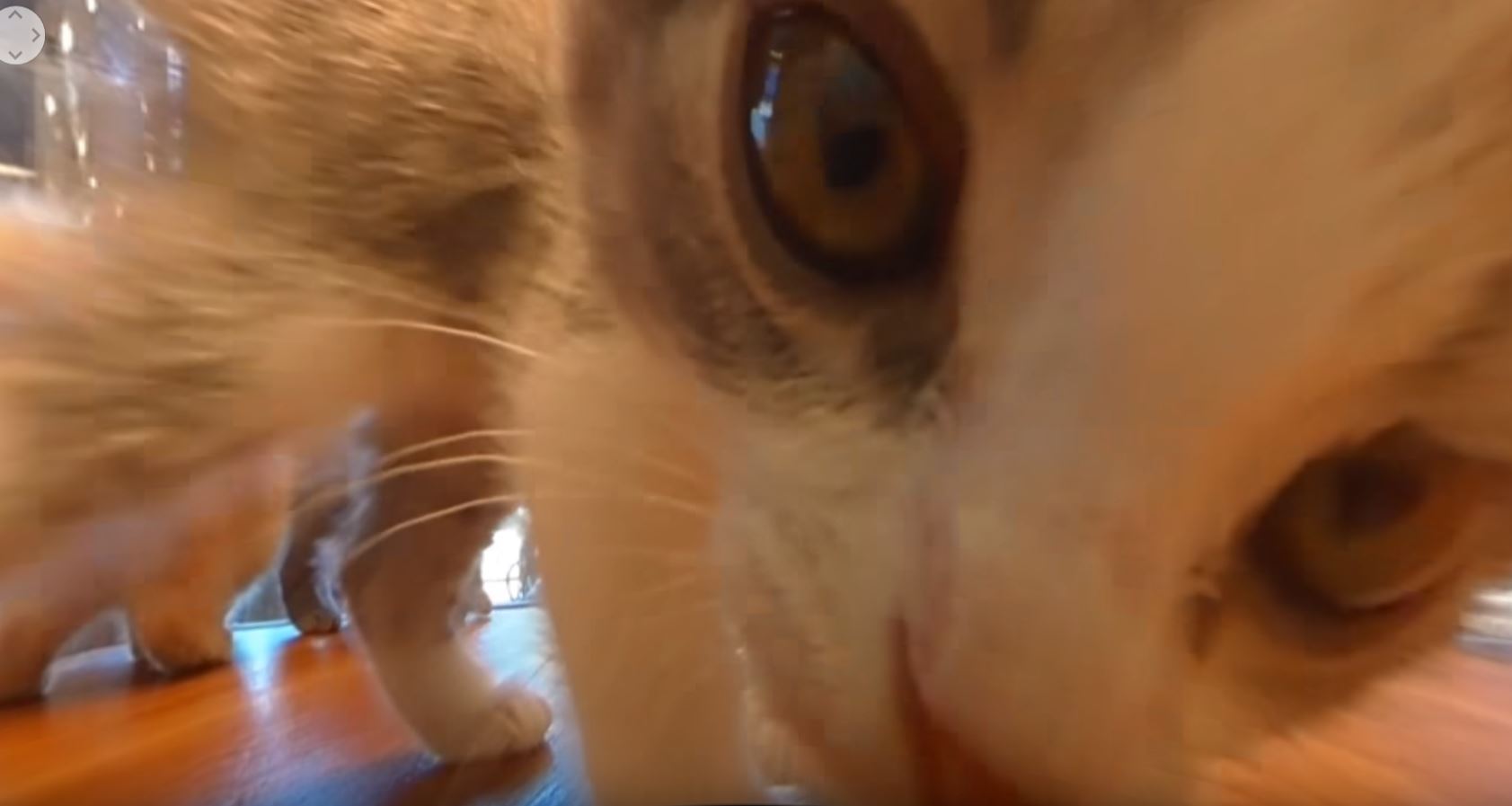 Complete with the sort of music that accompanies peaceful villages in Japanese adventure games, newStory's 360° footage of four adorable kittens is here to brighten your day. Drag and click inside the video to look around! [via Metafilter] Read the rest 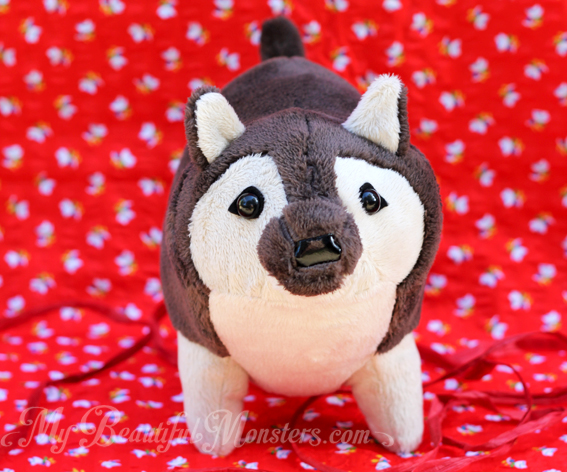 Monsters, ferrets, aliens, foxes and more are all on display at freelance illustrator and designer Lily McDonnell's website, MyBeautifulMonsters.com.

Check out her etsy shop. Read the rest

Baby nautilus proves you don't need vertebrae to be adorable

This baby nautilus emerged this week from an egg laid last November at San Diego's Birch Aquarium. For this tiny cephalopod, the process of being born took not hours, or even days, but weeks. The ZooBorns site has a series of photos that show how the nautilus slooooooowly emerged from the egg. Read the rest

Watch a three-year-old get Spider-Man for Christmas

It's true! Science proves it!

And it's more than just an effect of infrared imaging. If you duck over to Joseph Stromberg's post at the Surprising Science blog, you'll see a photo of a real, live reindeer with an adorably red nose (and upper lip).

Turns out, it's the result of an evolutionary adaptation. Some (but not all) reindeer have noses full of densely packed blood vessels — a difference that makes those reindeer better at regulating their own body temperatures.

To come to the findings, the scientists examined the noses of two reindeer and five human volunteers with a hand-held video microscope that allowed them to see individual blood vessels and the flow of blood in real time. They discovered that the reindeer had a 25% higher concentration of blood vessels in their noses, on average.

They also put the reindeer on a treadmill and used infrared imaging to measure what parts of their bodies shed the most heat after exercise. The nose, along with the hind legs, reached temperatures as high as 75°F—relatively hot for a reindeer—indicating that one of the main functions of all this blood flow is to help regulate temperature, bringing large volumes of blood close to the surface when the animals are overheated, so its heat can radiate out into the air.

Also: red-nosed reindeer on treadmills, you guys. This is clearly the most adorable science of the holiday season.

Beautiful footage of Weddell seals in Antarctica — on the ice and under the water.

Paige and Dexter are so smart, they can even explain chemical bonds.

Baby echidnas are called puggles and they are ADORABLE

So cute, you'll ERMAHGERD all over the place.

Peacock spider shakes it for the ladies

Male peacock spiders are fuzzy, strangely adorable, and boast a brilliantly colored abdomen that they flip up and use as a prop for an elaborate (for a spider) mating dance.

In this video, the mating dance of the peacock spider has been helpfully set to music, so you can really see why his abdomen makes female spiders wanna shoop.

This particular specimen is apparently a representative of an as-yet-unnamed species of peacock spider. You can read more about this species, and what makes it different from its cousins, in this paper by Jürgen C. Otto and David E. Hill, who also made the video.

Via Bug Girl Read the rest