Love and Rockets' creators Gilbert and Jaime Hernandez have mentioned in interviews that they loved Little Archie comic books when they were growing up. Little Archie was started in the 1950s and stars the characters from Archie comics as little kids. The earlier stories were written and drawn by Bob Bolling, and they're regarded by people who know and love comic books as some of the best stories in comic book history.

Bob Bolling has that rare gift few cartoonists have -- his character design is just funny on sight. Howie Post (of Harvey fame) and Milt Gross had it, as does modern animation master, John Kricfalusi. It's a quality that can't be taught. Throw great scripting and wonderful layouts into the bargain, and you have classic stuff. Last time I checked, Mr. Bolling was still turning out high-caliber Little Archie stories for Archie Comics! These two Bolling stories come from Little Archie No. 3 (Summer 1957).

If you like these stories and want more, I recommend The Adventures Of Little Archie Volume 1 and Volume 2 Read the rest

Josie and the Pussycats meet Satan in 1973

Issue #72 of Josie and the Pussycats, published in October of 1973 ran a story in which bikini-wearing Josie becomes possessed by Satan, and has to be exorcised by her bikini-wearing bandmates.

Dangerous Minds has the complete story on its site, along with a synopsis:

In the weirdness that is issue #72, The Pussycats (along with mean-o-nasty non-Pussycat member, Alexandra) ditch their guitars and amps, and head off to pay their respects to Alexandra’s recently departed grandfather at the local mausoleum. For some reason Josie wanders off to some bizarre lower chamber of the mausoleum and is enveloped by an “invisible malignant presence.” After that, Josie goes on a punk-rock style rampage smashing stuff up. When Josie has a psychotic reaction after coming in contact with a copy of the Bible that the clean-cut gang just happened to have lying around, things get really fucking weird (if they weren’t weird enough already).

The art is by Stan Goldberg, one of the better Dan DeCarlo imitators. 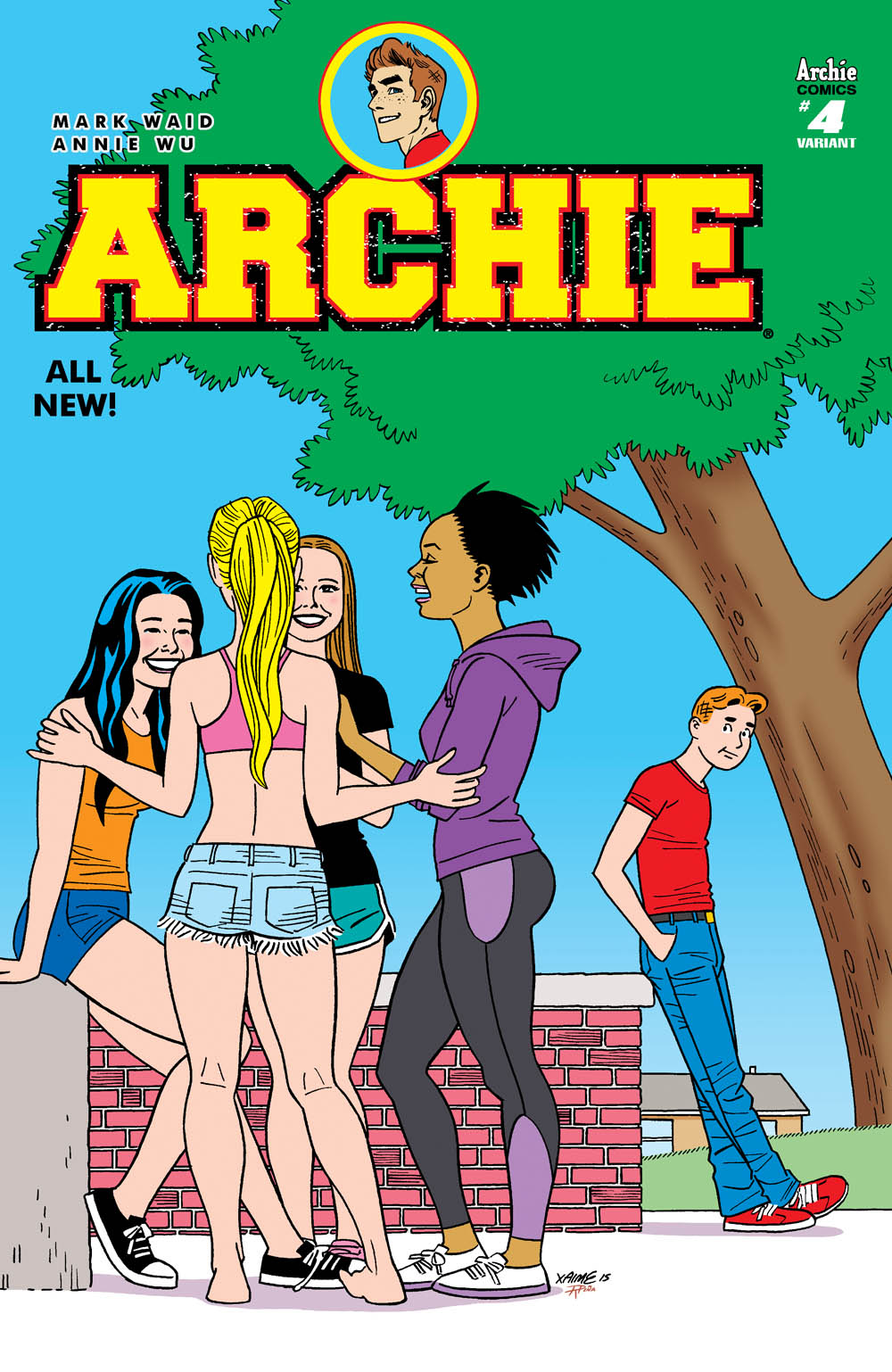 The legendary Love and Rockets cartoonist turns his gaze to Riverdale.

Archie vs Sharknado worth a giggle 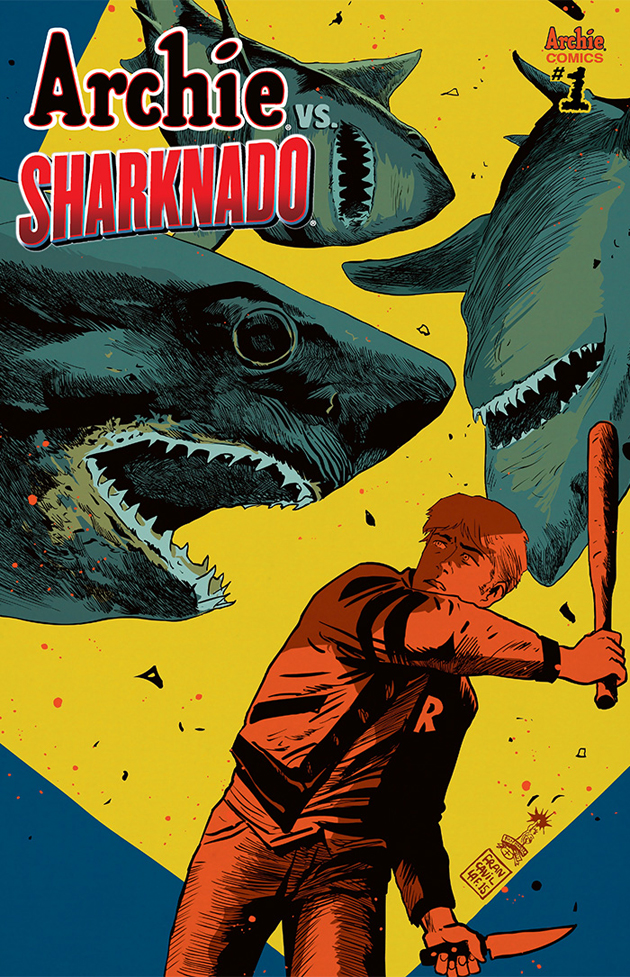 The kids of Riverdale have to take on a Sharknado: a storm that unites Betty and Veronica like never before and leaves Moose realizing that Reggie isn't that bad of guy.

The comic's special effects are more convincing than the movie's, I'll give it that. 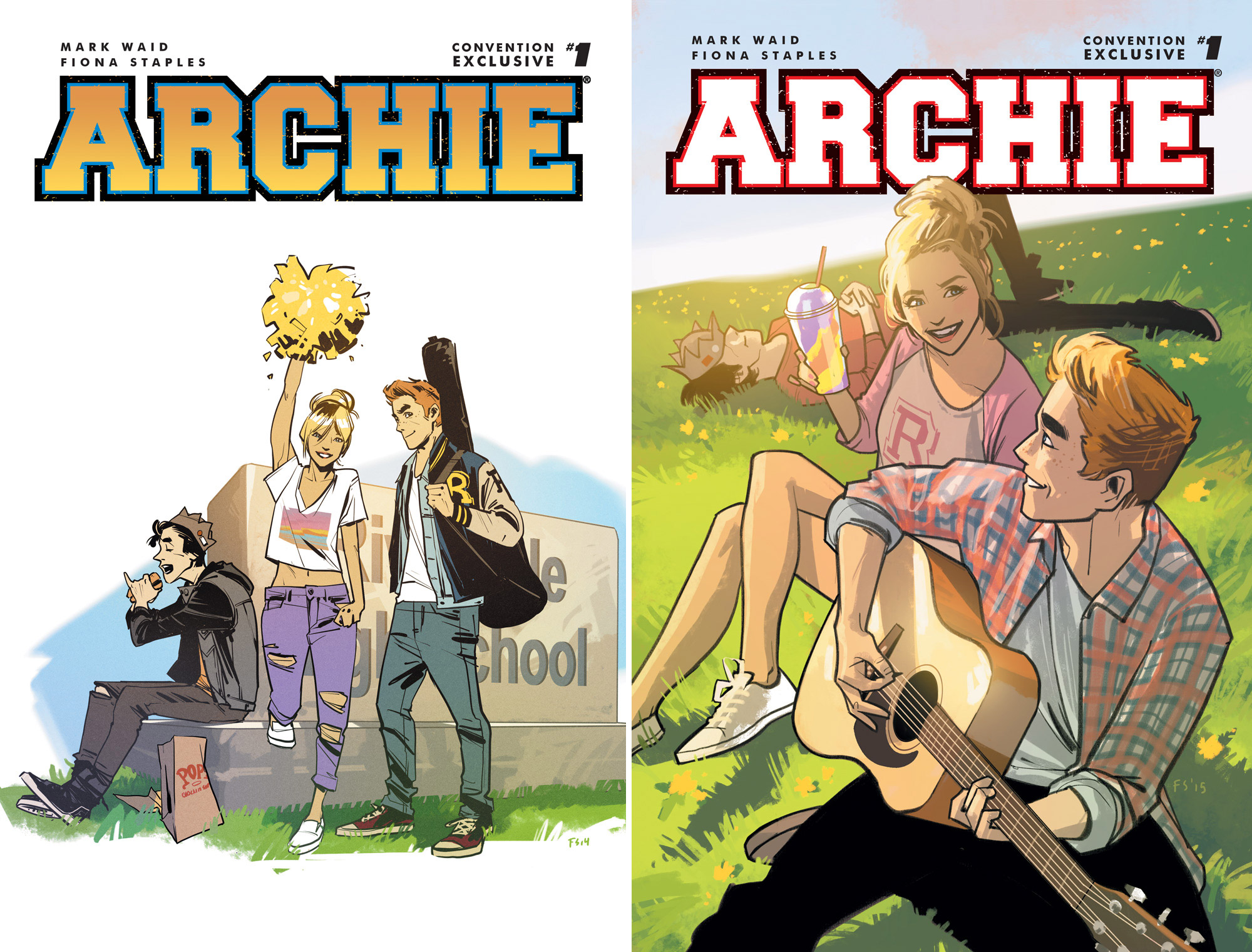 Archie comics, that bastion of thick, small newsprint books at supermarket checkout, is getting yet another vaguely ironic makeover! The ginger ninja of our hearts is, to quote Bloomberg, "getting a new hipster look." Read the rest

Jean Stapleton, who most famously played Edith Bunker on "All in the Family," has died. She was 90 years old. (via CNN) Read the rest