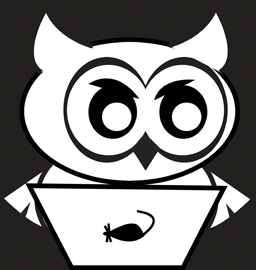 Intervention 2016, the terrific conference about indie online creativity, from comics to blogs to makers, happens again August 14-16 just outside Washington DC in Rockville, MD! Mark and I have both spoken at prior Interventions and had a blast meeting so many talented creators in one place. About the conference:

Intervention is an awesome 3 day conference for people who enjoy learning amazing things and collaborating with other motivated people on a wide variety of projects targeted at the Internet generation.

Our name is the combination of the words “Internet” and “Convention” but the significance is deeper than that. The entire idea of this event is to Intervene and Inspire everyone to live a more creative, geeky, and fun life.

The roots of perennial wheat

This is not the best photo, but it is pretty damn mind-blowing. What you see here is Jerry Glover, National Geographic Emerging Explorer, holding the root system of a single perennial wheat plant. The photo was taken by Scientific American editor Mariette DiChristina at the Compass Summit in Palos Verdes, California.

There's more to this than just a freaky looking plant dreadlock. That root system represents something far bigger than itself: Soil health. Perennial plants build soil and protect against erosion in ways annual plants and their skimpy root structures simply cannot. It's why, since large-scale corn farming replaced perennial prairie, Iowa has lost some 8 vertical inches of precious topsoil. Glover's argument: To protect our farming resources for future generations we need to pay more attention to the potential benefits of perennial crops. Read the rest

Dean at the Web 2.0 Summit in San Francisco

I'm at the Web 2.0 Summit for the next couple days. You can follow along with me as I tweet my notes and thoughts on the event or watch their live stream. It's already heating up! Read the rest