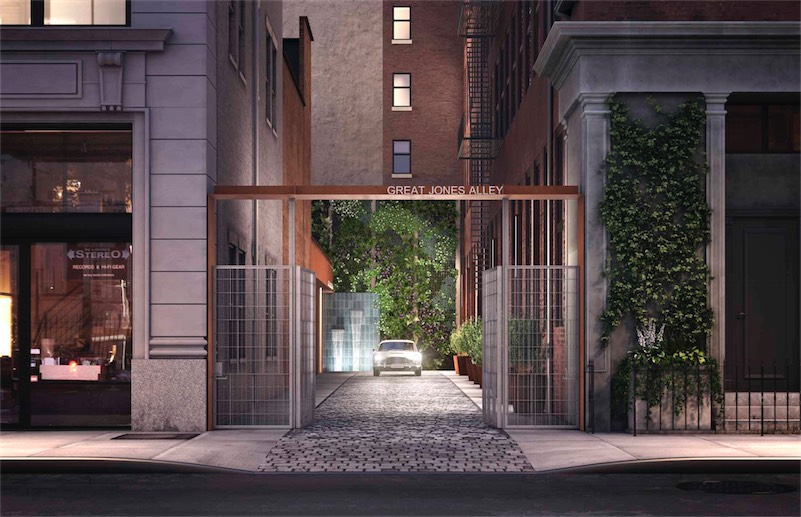 There’s also a less concrete allure to motor courts: in a city where developers want to wring maximum value from every square foot, there’s an extravagance in leaving such a large space empty. It tacitly telegraphs a developer’s largesse and indulgence, at least according to Alon Alexander’s twin brother, Oren. He is a sales executive for 565 Broome. “A regular developer might squeeze a retail site, or extra amenities like a larger lobby, from that space but a driveway is the definition of luxury,” Oren says by cellphone, “It’s space where you don’t typically get it.” Jasmine Mir, CMO of Corcoran Sunshine, puts its more simply. “Buying a penthouse at the top of a building is one thing, but the sense of extravagance and luxury associated with having space at street level in a congested place like New York? It gives an amazing sense of wow!