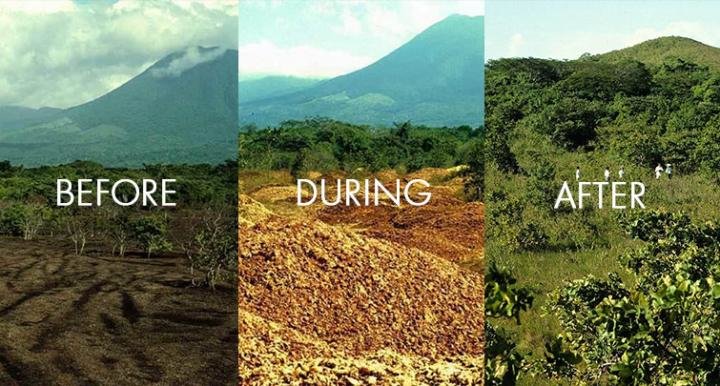 In 1997, ecologists Daniel Janzen and Winnie Hallwachs convinced a Costa Rican orange juice maker to to dump their waste peels in a clear-cut abandoned pasture that was in a national park. Twenty years later, the enriched soil nourishes tropical forest again, according to a new report. Read the rest