A moving biography of the late Leonard Nimoy for children 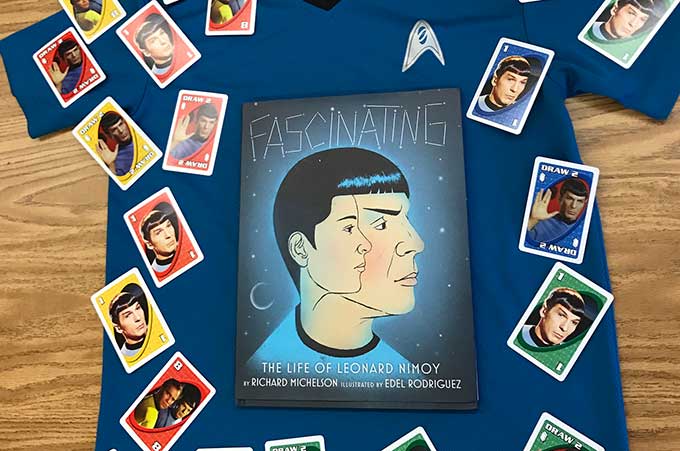 Anyone who remembers Star Trek II: The Wrath of Khan can’t help but be at least a little choked up recalling the scene in which Spock sacrifices himself for his crew members. He regards Kirk with compassion before quietly delivering his epitaph, “I have been, and always will be, your friend. Live long and prosper.” Author Rich Michelson was fortunate enough to have his own friendship with Leonard Nimoy. Nimoy was a skilled photographer and Michelson was his gallerist, and from that professional relationship the two men became friends.

Fascinating takes a look at Nimoy’s life from his boyhood with his Jewish immigrant family on Boston’s West End, his move to Hollywood and his rise to stardom after claiming the iconic role that he would later eschew, only to embrace once more. The book is clearly a labor of love with the emphasis on love. Nimoy is portrayed here as an outsider with an expansive heart, whose boundless empathy for his friends, family and neighbors ultimately extended to his groundbreaking portrayal of Mr. Spock.

Michelson delivers a sensitive portrait of Nimoy as a struggling outsider, whether as a boy acclimating to his life in America and overcoming his first bout of stage fright or as an emerging actor discovering his voice. These experiences ultimately informed his portrayal of Spock, the alien whom everyone could relate to. Michelson’s book stands as a personal, open-hearted tribute to a man who has been, and always will be, our friend.

Star Trek is returning to network television (for one episode)

The first episode of Star Trek aired on Sept. 8, 1966. The fifty-year-old franchise has spawned a number of television series, and the last episode (Star Trek: Enterprise) aired 10 years ago. But the beloved series is returning in 2017 on CBS. It will produced by Alex Kurtzman, who co-wrote and produced the movies Star Trek (2009) and Star Trek Into Darkness (2013). Read the rest 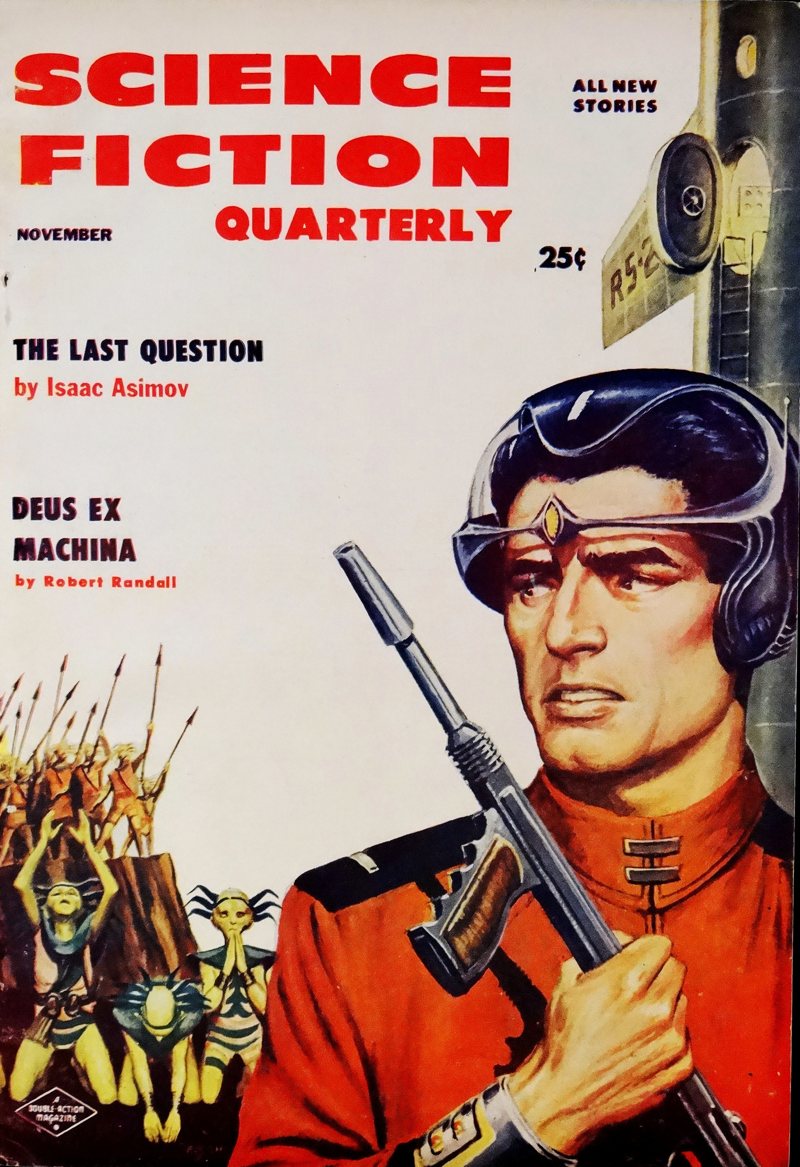 Isaac Asimov wrote "The Last Question" in one sitting. It appeared in the November 1956 issue of Science Fiction Quarterly and Asimov said it was "by far my favorite story of all those I have written."

It's fun hearing Asimov read it in his energetic Brooklyn accent. But if you listen to Leonard Nimoy's magnificent reading (below), you'll understand why it is usually much better to have a trained actor read a story, instead of the author.

Spock is Not Impressed

A Tumblog of Greatness: Spock is Not Impressed

(thanks, Sean Bonner) Read the rest