$10 photo lightbox sure comes in handy 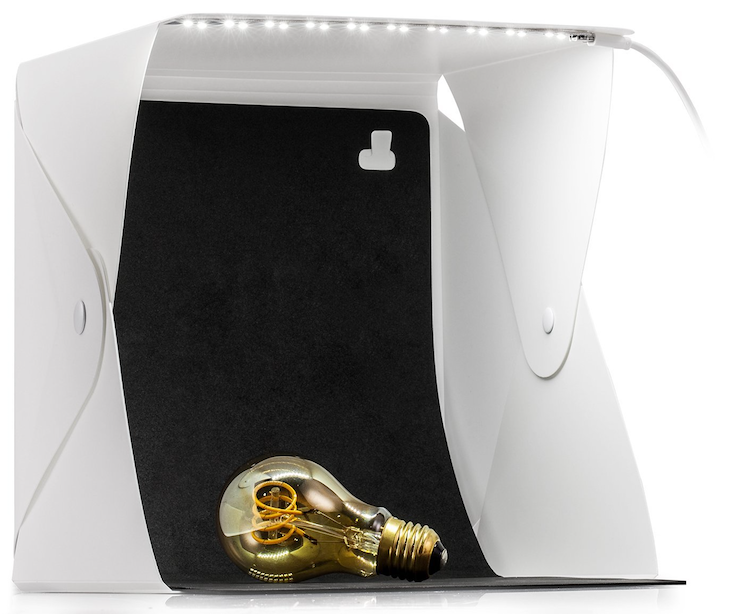 I've been using this $10 lightbox an awful lot.

This is simply a white plastic box with some very white LED lights and two foam backdrops. There is nothing to it. You can fold it up to the size of a legal pad if you want to put it away, or take it someplace.

I'm getting lovely photos using just my iPhone 7+. Imagine if I tried any of the tens of cameras I have laying around the house? Probably not much different. 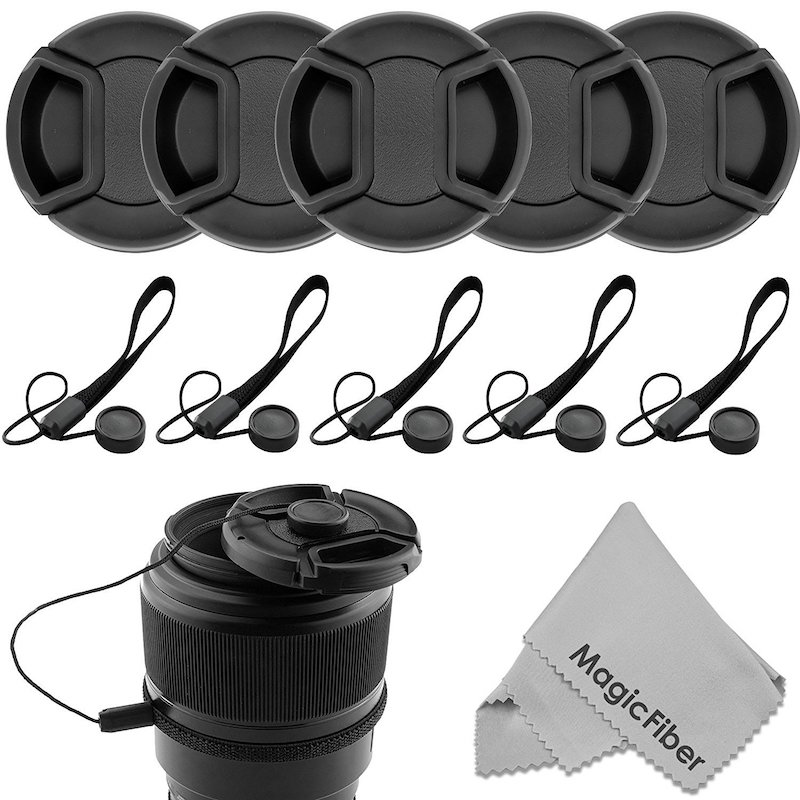 I like center-pinch lens caps as they try to hold themselves on. I don't bother with the leashes, they get in my way. I just buy more caps when I lose them.

I lose a lot of them. Sometimes I wonder if there is a section of the Pacific gyre dedicated to my missing lens caps.

The link is for 52mm caps, but you can adjust the size on the Amazon page and buy whichever you're currently losing. The only lens cap I've held on to (thus far) is the weirdly unique one for my Nikon 14-24 F2.8 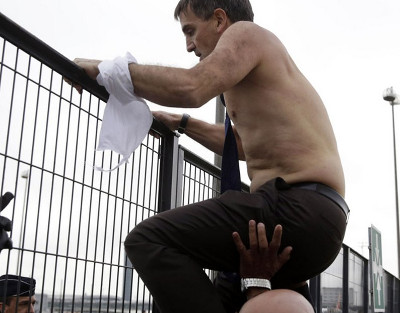 Protesters angry over proposed layoffs stormed an Air France executive meeting and cornered Director Pierre Plissonnier and Resources Director Xavier Broseta, tearing off the men's jackets and ripping their shirts off, forcing them to scale a fence to get free. Read the rest 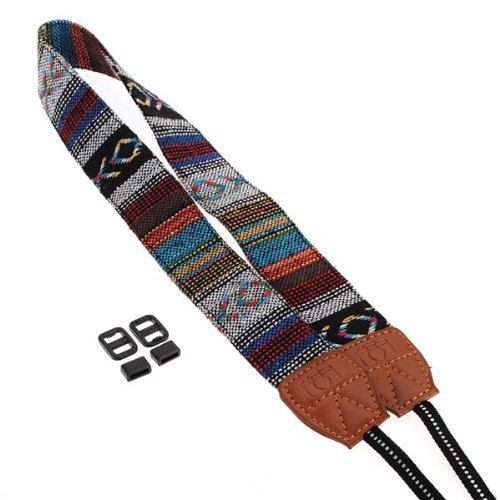 If you've gone to great lengths, spending big bucks to get a new digital camera that looks like an old film slr, you might as well have the ugly camera strap to match!

This $6 strap from Meco is perfect. These are sturdy, but gaudy, masterpieces of a certainly-not-forgotten-age. That age was documented in Kodak Gold by your Mom or Dad, with a Nikon FMNT or Nikkormat that dangled from a Joseph and the Technicolor Coat-styled camera strap just like this one!

Heck they even call it a "neck belt." 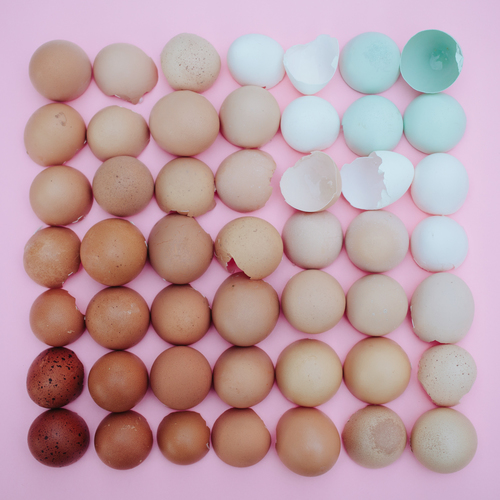 Why do these little tableaus of neatness delight us so? 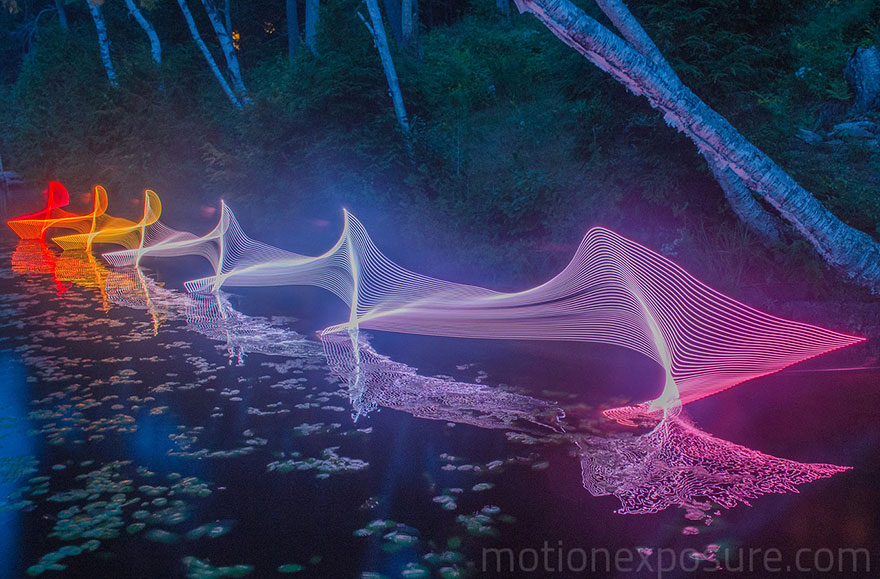 Ontario-based photographer Stephen Orlando of MotionExposure.com creates languid nighttime shots of athletes in motion with LED lights attached to their gear or bodies. The result is ghostly, mathematical, and mesmerizing. Read the rest

"On Mary's Peak, Oregon, 150 foot tall Grand Fir trees tower over you as you ascend." A photo shared in the Boing Boing Flickr Pool by Ben Leshchinsky. Read the rest

The Ancients (a photo from the Boing Boing Flickr Pool)

"The Ancients," by Ben Leshchinsky. "The center of our galaxy, the Milky Way, crowns the ancient statues of Easter Island." Shared in the Boing Boing Flickr Pool.

Frog and rocket lift off, simultaneously

That's one giant leap for a frog beside NASA's LADEE spacecraft lifting off last Friday at Wallops Flight Facility in Virginia. (via @NASA on Instagram) Read the rest

Coop snapped this shot of the gorgeous "Iron Orchid," a masterfully decorated 1935 Ford 5 Window Coupe, built by Dave Shuten of Galpin Auto Sports. I don't give a darn about cars, but this one? Hubba hubba. (here's another view).

The Iron Orchid, built by Dave Shuten. Read the rest

Rainbow over the Andes (photo)

Boing Boing reader Ben Leshchinsky shares this wonderful photo in the Boing Boing Flickr pool and says, "About 10 km from the ancient city of Machu Picchu, we had the good fortune of seeing a magnificent rainbow over the Rio Urubamba in the Andes Mountains of Peru. Moments like this evoke remarkable feelings of introspection and wonder." Read the rest

"I can explain this." Pigs Depicted Having Sex Doggy-Style In Zhengzhou Public Square Are Said To Represent Filial Piety. Read the rest

Redditor Frostbite795 asked a Bar Mitzvah balloon twister for a Cthulhu, and the twister delivered.

And now here's a picture of Albert Einstein wearing fuzzy slippers. Clearly the inspiration for the Val Kilmer slippers in Real Genius.

(via How to Be a Retronaut)

(Photo: Einstein sitting on the front steps of his home in Princeton, wearing his fuzzy slippers. Photo courtesy of Gillett Griffin.) Read the rest

Here's an image that is destined to be truly iconic: Members of the European Parliament vote down ACTA in dramatic fashion, hefting signs that read HELLO DEMOCRACY, GOODBYE ACTA.

(Thanks, Rene!) Read the rest