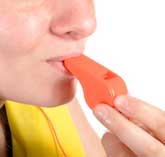 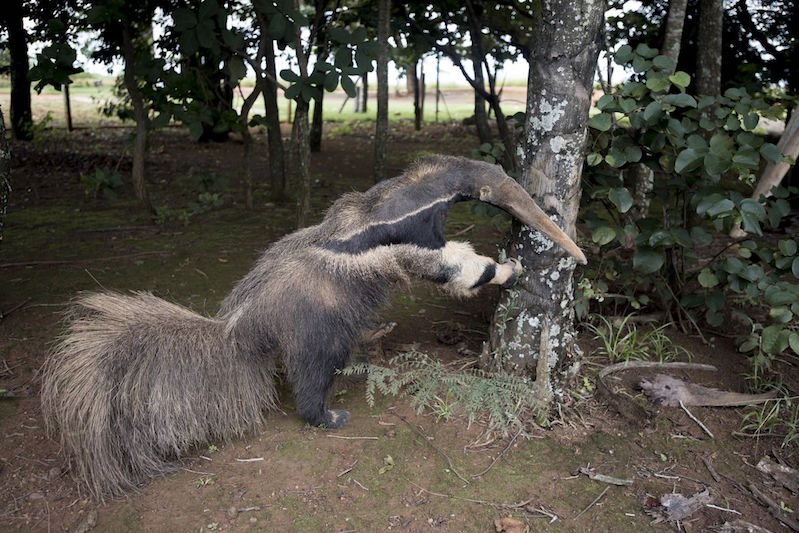 Marcio Cabral won a Wildlife Photographer of the Year competition, but he was stripped of his title after some claimed he used a taxidermied anteater, shown above, in his winning shot. Internet sleuths have been having a field day with the investigation ever since. Read the rest

#SESAME-GATE: A flowchart for the Kevin Clash Elmo sex scandal

The Kevin Clash/Elmo scandal, and its many furry tentacles, all broken down in one handy flowchart by Hilary Sargent.

Following last week's underage sex scandal, Elmo puppeteer Kevin Clash has decided to step down from his 28-year position at Sesame Street. A statement was released by Sesame Workshop on Clash's behalf:

"...Kevin Clash has helped us achieve [our] mission for 28 years, and none of us, especially Kevin, want anything to divert our attention from our focus on serving as a leading educational organization. Unfortunately, the controversy surrounding Kevin’s personal life has become a distraction that none of us want, and he has concluded that he can no longer be effective in his job and has resigned from Sesame Street. This is a sad day for Sesame Street."

A sad day indeed. Clash was recently the subject of allegations of an underage sexual relationships with two men. One of them, who claimed he'd been 16 at the time, later recanted and settled, saying he was 18, but regretted taking the claim back. TMZ is also saying that a second man claims a phone relationship began when he was 15 and Clash was 32. Bummer. (via The Wrap)

The Scientist magazine has put out their list of the top science scandals of 2011. I'm not normally a huge fan of overblown scandal recaps, but this particular one is interesting, I think, because it gives laypeople a peek into some major stories that many non-scientists probably haven't heard much about.

For instance, number one on their list is the strange case of Diederik Stapel, former head of the Institute for Behavioral Economics Research in the Netherlands. Stapel did social psychology research, publishing media-bait studies that were contrarian and inflammatory to some, and highly supportive of other people's deeply held beliefs about the world. For instance, back in August, Stapel and a colleague put out a press release about some not-yet-published data suggesting that people who eat meat are selfish and anti-social.

Then, in August, Stapel's career began to unravel. Accused of plagiarism and fabricating data, he was fired and, one by one, papers of his are being retracted by the journals that published them. A preliminary report by his former employers found that 30 of his research papers were based on faked data. A deeper report, which will review everything Stapel has ever written—130 papers and 24 book chapters—is ongoing.

Michael C. Woodford (shown above), the former CEO of Olympus, says the Japanese technology company is involved in a whole lot of financial hanky-panky. The Olympus board says the 51-year-old British national, the first non-Japanese CEO in the company's history, was a bad manager. But he claims he was forced out when he began asking questions about $1 billion in payments for acquisitions made before he took the reins.

My favorite line in the scandal so far (and remember now, Olympus mostly sells cameras and medical imaging equipment): “There were $800 million in payments to buy companies making face cream and Tupperware,” said Woodford. “What the hell were we doing paying $800 million for these companies?”

Texas scientists wrote a report detailing the state of the environment in Galveston Bay. Rick Perry-appointed officials from the Texas Commission on Environmental Quality went through the report and systematically deleted every mention of changes to Bay ecology that could be attributed to climate change. Now the scientists are rebelling. All the authors have asked for their names to be removed from the published, censored version of the report, and they've shared the original paper with the press. You can see how the report was censored, page-by-page, at Mother Jones. Read the rest

Why the failure of Solyndra is good for solar power

Solyndra, a would-be solar energy manufacturer that went belly up, has been in the news a lot lately because, before the company failed, the United States government gave it a sweet financing deal.

While there are some good questions to be asked about the way the financing for Solyndra was handled, the failure of this one company shouldn't really be extrapolated into a referendum on government loans for energy projects (which have otherwise been pretty successful) or the potential of solar energy. But that's not really the interesting part to me, anyway.

The interesting part is what David Biello, of Scientific American, talks about in a new article on what actually made Solyndra different and what its failure tells us about trends within the solar industry. While most solar panels are flat expanses of silicon, Solyndra was creating tubes lined with a semi-conducting material. The idea had promise ... and risk, Biello writes:

On roofs that didn't line up with the sun's path across the sky, the cylindrical nature of the solar module allowed owners to get more power off the roof by capturing diffuse or reflected light. The panels did not require heavy racks that anchored deep in the roof for support but rather lay flat and spaced out to allow wind to flow through them, allowing them to withstand gusts up to 210 kilometers per hour as demonstrated during a test installation in Florida that survived a tropical storm. That also allowed more of the panels to fit on any given roof.