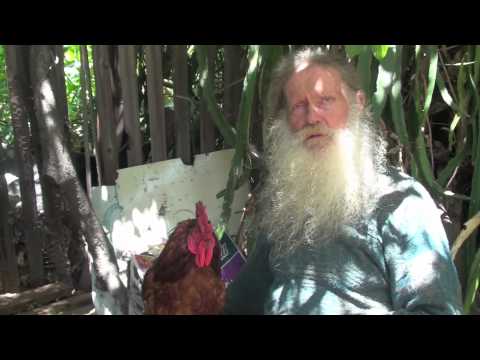 This video perfectly encapsulates everything I remember when first meeting Zeke the Sheik so many, many years ago. Tim Dundon, Altadena's composting vigilante, has passed away at age 77.

Decades ago I was planting my first home vegetable garden. A large portion of the soil needed to be replaced and my friend David took me to meet Zeke the Sheik. Zeke maintained THE PILE.

The pile appeared to be a double lot completely covered by a 15' to 40' high mound of compost. Zeke had planted a huge and dense hedge of vegetation around the property to try and act as a firebreak, as the gas the pile would off-put occasionally burst into flame.

I got soil from Zeke all those years ago. He spoke in rhyme and really entertained. Whenever you were way the heck out near Altadena you could stop by and say hi. I knew he had legal troubles with his neighbors and the place sure seemed odd-ball, but Zeke was dedicated to the pile and worked hard to make it safe and healthy.

The other day my friend David told me that Tim Dundon had passed away. I apologised and said I did not know who that was. It never occurred to me that he was anyone but Zeke the Sheik. Tim certainly led a colorful life and composted a lot.

Dundon, a rhyming whiz known widely by his alter ego “Zeke the Sheik” and whose legendary, mountainous compost pile delighted some and troubled others — and who famously defended himself in court in rhyme — died Monday in West Hills, said his friend Ilham Akraa.