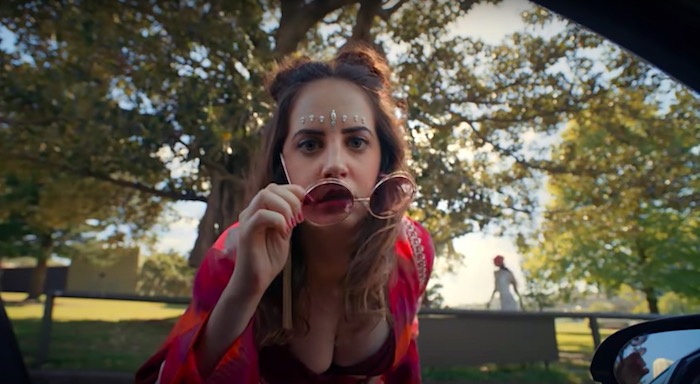 KFC started running this TV and online ad in Australia a few weeks ago, but they're now apologizing.

The ad shows a young woman adjusting her shorts and breasts while checking out her reflection in a car window, until the window rolls down and reveals two young shocked boys staring at her with their mouths open, along with a disapproving mom. After a few moments of silence, the young woman says, "Did someone say KFC?" Then we cut to her enjoying KFC's Zinger Popcorn Box with a bunch of friends.

The KFC ad was criticized by The Collective Shout, a group based in Australia. Spokeswoman Melinda Liszewski said: “Ads like this reinforce the false idea that we can’t expect better from boys. It is another manifestation of the "boys will be boys" trope, hampering our ability to challenge sexist ideas which contribute to harmful behavior towards women and girls...The research is solid: attitudes shape behavior. A growing number of reports show how reinforcing of gender stereotypes – including in advertising – contributes to a lesser view of women, resulting in their mistreatment.”

To which KFC responded: “We apologize if anyone was offended by our latest commercial. Our intention was not to stereotype women and young boys in a negative light.”

boys will be boys / kfc