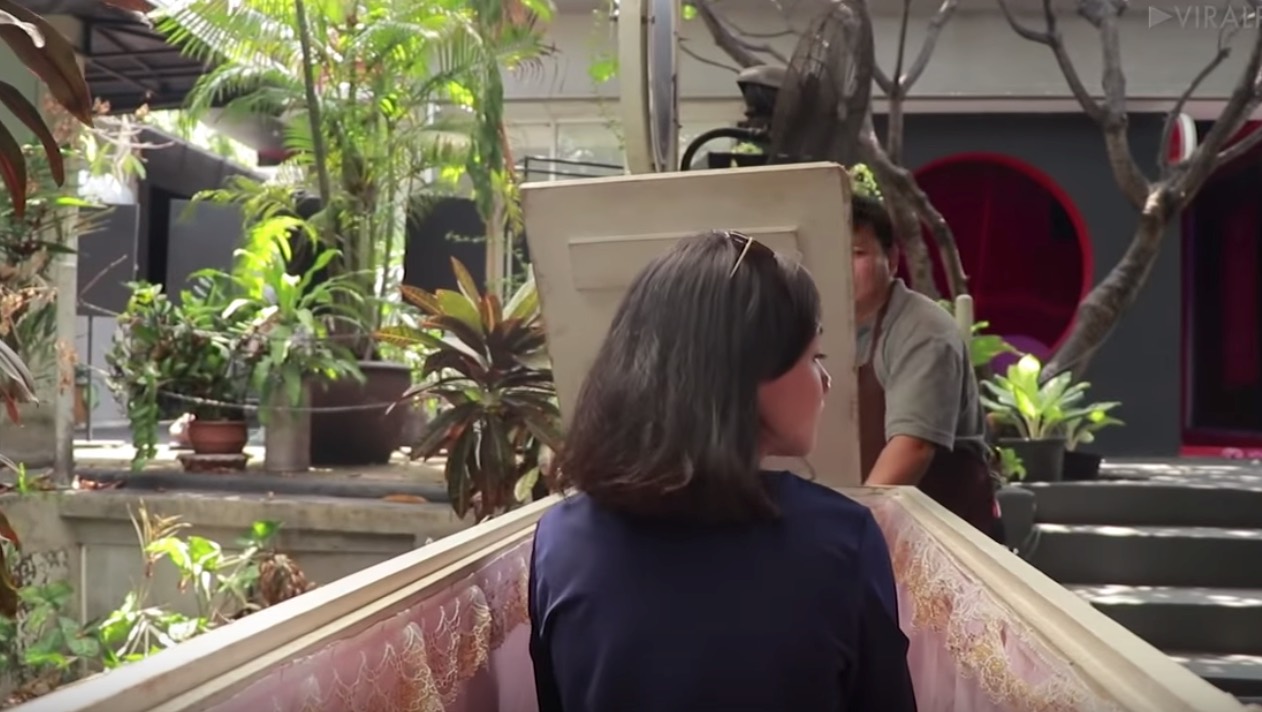 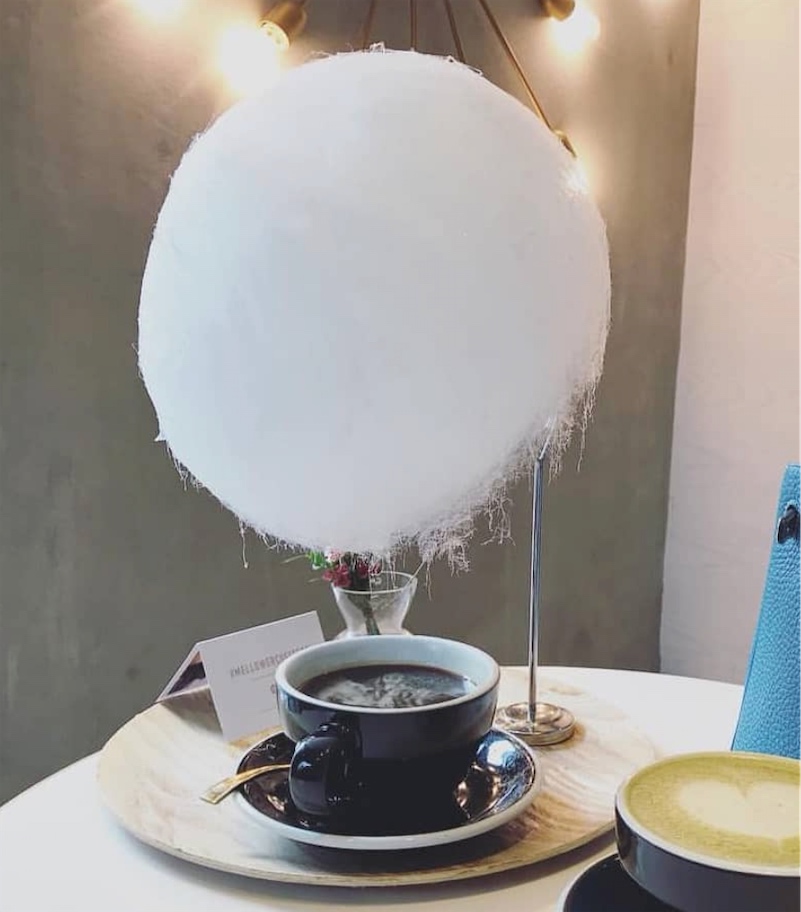 Shanghai-based cafe chain Mellower Coffee offers a unique drink called Sweet Little Rain in which cotton candy positioned over an Americano is melted by the steam and drips sugar into the cup.