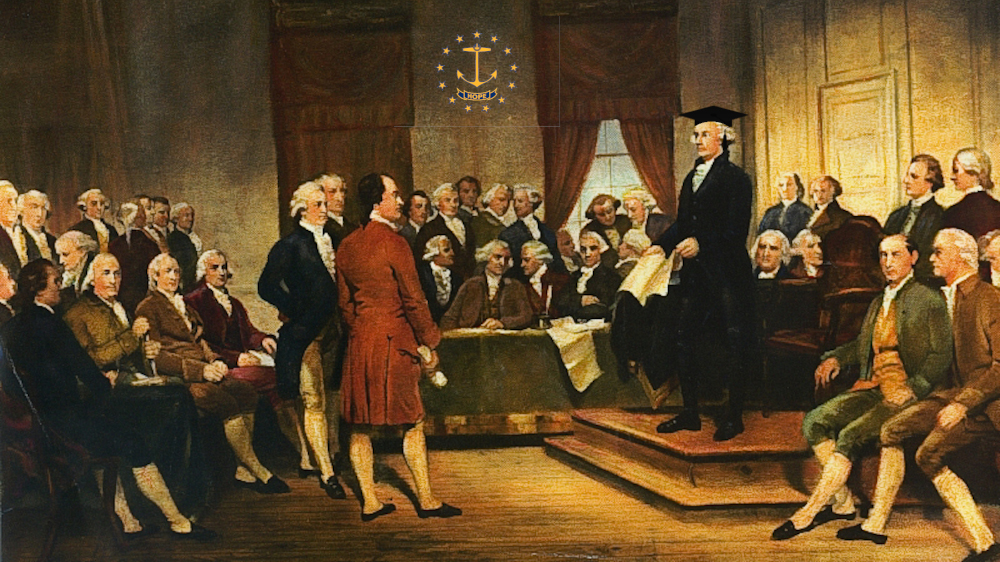 In 1973, the Supreme Court ruled that the Constitution does not guarantee Americans "equal" education (which would require similar per-student funding in both rich and poor neighborhoods), merely "adequate" education. Read the rest

Tracking how young people are expressing voice and exerting agency in public spheres through participatory politics.

It's time for some American Democracy 101. Every election cycle, it frustrates me to no end that most news outlets spend an inordinate amount of time talking about the latest polls without explaining the significance those polls actually have on the outcome of a presidential election that isn't truly decided by the voters. My Halloween wish this year was for someone to explain the electoral college to me, and Twin Cities journalist Frank Bures has obliged*.

This piece has actually been around since 2000, but I think it's a nice explanation of what the electoral college is, where it comes from, and why it's going to matter to you tonight.

The only votes that count in this election will be cast in mid-December by the 538 members of the electoral college. That's who you and I will vote for on November 7: electors for Bush or electors for Gore, and their votes are the currency of presidential politics. Each state gets as many electors as it has representatives and senators. In all but two states, the winning party takes all the state's electoral votes.

...At first, in several states, there was no popular presidential vote. For decades after 1787, in states like Delaware, New York, and Georgia, the legislatures chose the electors. In South Carolina, there was no popular vote for the chief executive until 1860. But today, party loyalty prevents electors from acting as the free agents envisioned by the founders. In 99% of the cases, the electoral vote is a formality.

YA legal thriller about civics and the US judicial system

Joel sez, "'Wainwright for the People' is a young adult book for ages 10 and up that teaches basic civics, with a focus on our judicial system, in the form of a legal thriller, accompanied by Student and Teacher Guides, made available as a free download under a Creative Commons license. Co-written by a former Assistant District Attorney and a former high school English Teacher, Wainwright for the People builds on the tradition of using literature to educate. Ten years after No Child Left Behind left civics instruction behind, 'Wainwright for the People' will offer schools a way to use an exciting story to teach students about our fundamental rights and system of justice."

Gideon Wainwright is suspended from school when he takes the fall for pulling a fire alarm while breaking up a bully attack. Forced to intern for his Assistant District Attorney mother while under suspension, Gideon is thrust into the middle of an investigation that seems just a little too close to his troubles at school. Gideon’s adventure propels him through the justice system as he, and readers, learn the fundamental concepts behind the Bill of Rights and our legal system.

Co-written by a former Assistant District Attorney (Joel) and a former high school English Teacher (Stacey), Wainwright for the People builds on the tradition of using literature to educate, in the same way To Kill a Mockingbird forced us to confront racism. Joel regular speaks to middle schools on Law Day and Constitution Day about the Constitution, the Bill of Rights, and our system of justice.

Kickstarting a book about the characteristics shared by US VPs, first ladies and presidential appointees

Ian Randall Strock, author of the Random House book The Presidential Book of Lists, writes with news of a companion volume, Ranking the Powers Behind the Oval Office: Vice Presidents, First Ladies, and Presidential Appointees, which he hopes to produce through the good graces of direct reader support in the form of a Kickstarter project:

So I'm coming to you, the Kickstarter community, to help fund the completion of Ranking the Powers Behind the Oval Office: Vice Presidents, First Ladies, and Presidential Appointees.

My research is completed, and the writing is nearly finished. Now I turn to you for the financial help to turn this labor of love into a finished, presentable, readable book.

Ranking the Powers Behind the Oval Office

(Thanks, Ian!) Read the rest