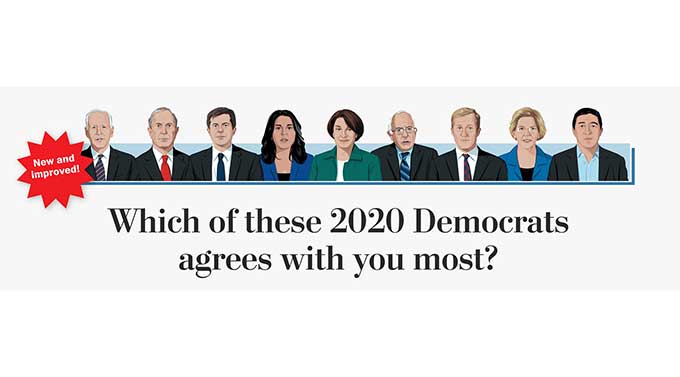 Take this Washington Post multiple-choice questionnaire to see which Democrat candidate shares your opinions the most. Read the rest 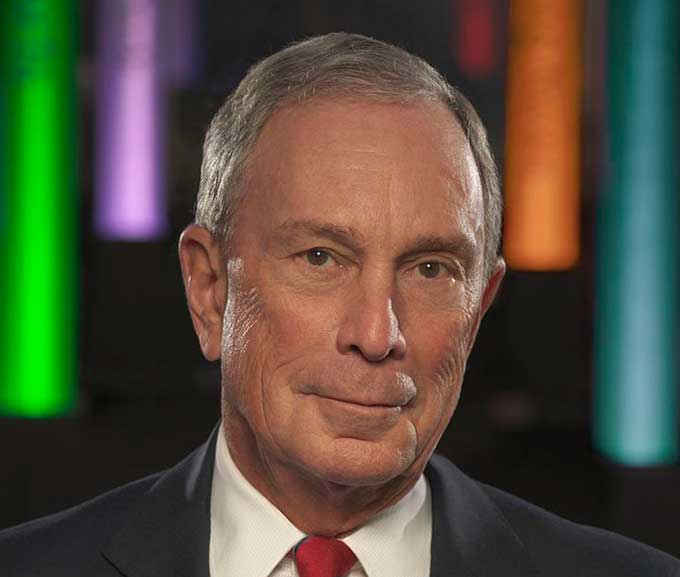 Billionaire and former New York mayor Michael Bloomberg is expected to designate himself as a Democratic candidate in the 2020 Presidential election, according to The New York Times. Bloomberg, a 77-year-old centrist, "would present a grave and instantaneous threat to former Vice President Joseph R. Biden Jr., who has been struggling to raise money and assemble a ideologically moderate coalition," says the Times. 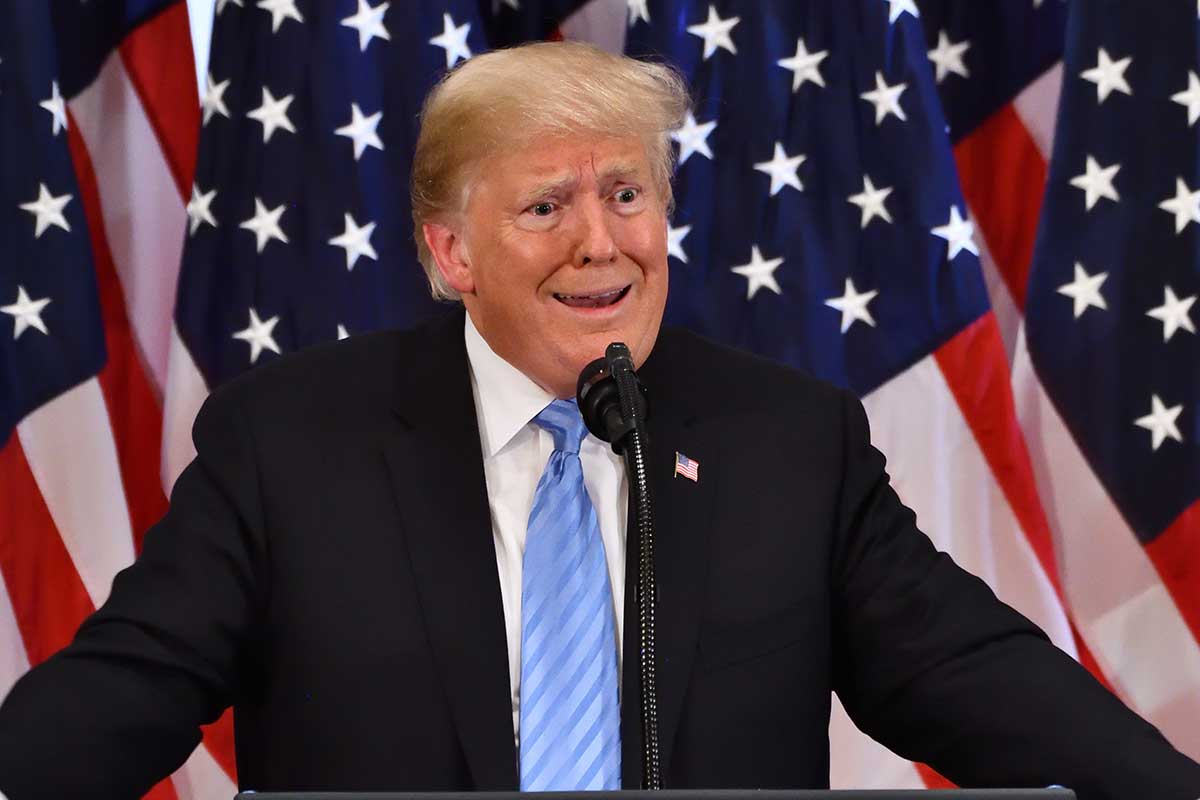 One possible tactic is to simply, and calmly, count out loud. First time he lies, the nominee should say, “That was the first of many lies to come because that’s what he does best.” After that, when Trump lies again, the nominee should interject with a simple “Lie number two,” or, “That was a few, so we’re up to six.” The moderator might scold the candidate for interrupting, but he or she should respond, “If you were calling out his lies, I wouldn’t have to.