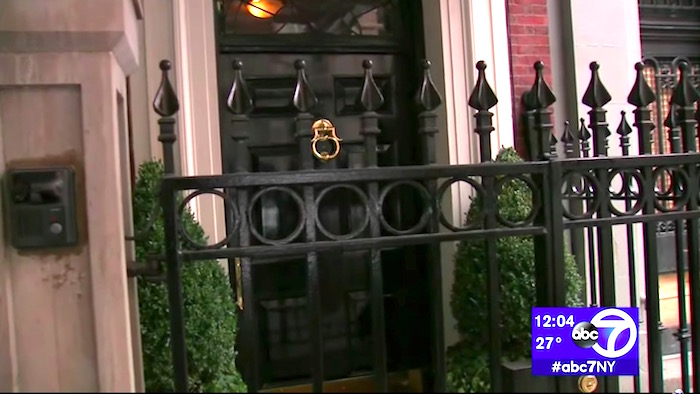 Moral of the story for claustrophobic people like me: take the stairs. Read the rest

Boy gets trapped in elevator after peeing on the buttons 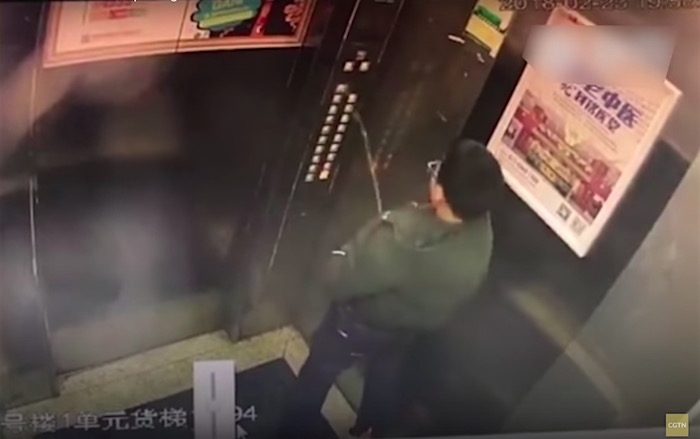 A boy in China thought it was a good idea to hose down the buttons in his elevator by peeing all over them. I have to say, he's got an impressive spray, able to douse the entire panel. But soon after he zipped up and readied himself to disembark the lift, the doors jiggled around but didn't open for him. The buttons started blinking in a glitchy fit, going haywire as the lights went dark.

The boy was trapped, and according to Metro, had to be rescued by a maintenance crew. He tried to deny any wrong doing – even his parents came to his defense and said it would be impossible to pee that high – but hey, that's where videos come in handy. His parents will have to pay for the damages. Read the rest 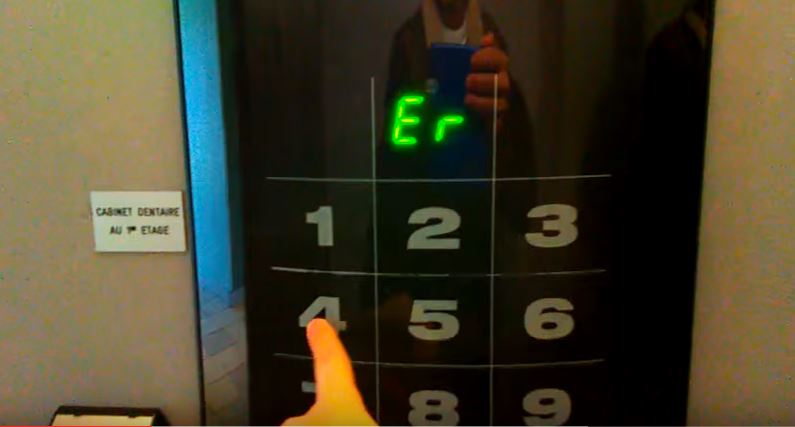 The French Elevator Channel chronicles one man's quest to record illustrative videos of every elevator he has the pleasure to use. Embedded above is the latest at the time of publication, a gated traction elevator at 1715 Av. Santa Fe in Buenos Aires.

"These are very nice elevators!" the videographer reports. "Everything is original, except the buttons."

Popular classics include a visit to a rare Schindler Smart 002 MRL elevator in Vienna and the unmissable ordeal of the "WORST ELEVATOR EVER" (embedded below) as chanced across in Yerevan, Armenia.

Elevators with no buttons, doors or stops

Paternoster elevators don't have doors or buttons. The run continuously in a loop, like a ferris wheel. When you reach your desired floor, you get off quickly. 99 Percent Invisible has an article about these curious conveyances, which can still be found in Europe.

The compartments of a paternoster lift wrap around like a chain, with two side-by-side openings on each level. Passengers step into and out of either the “up” or “down” side on a given floor.

These endlessly looping lifts are slower than conventional elevators, generally moving about one foot per second, which makes it possible to get on and off. Their slow-but-perpetual motion is the key ingredient to their efficiency: with so many compartments and no need to stop, passengers need never wait for a lift. Taken together, all of the small cars can also hold more people than a one-per-shaft system.

Below is a background video about the "Safe-T Rider Program" that is the source of this strangeness, and the original video before it was dubbed by an actor with what sounds like a South Asian accent. (via /r/ObscureMedia, thanks UPSO!)

How to behave in an elevator 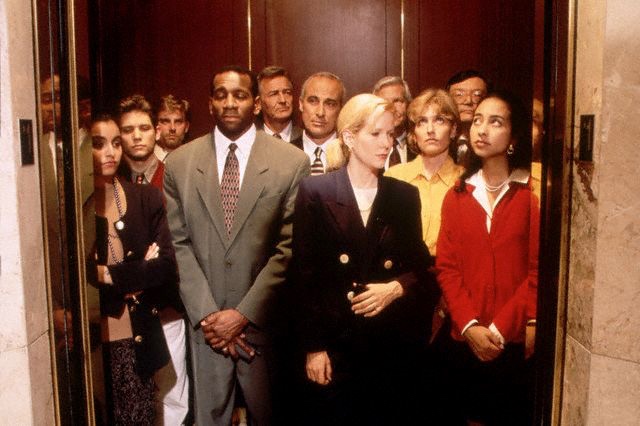 Psychologist Lane Longfellow is the go-to expert on how people behave in elevators. After years of research, Longfellow came up with a simple guide to "How to Behave in an Elevator," including suggestions like "face forward," "watch the numbers," and "stop talking with anyone you do know when anyone enters the elevator." While learning about Longfellow, Alex at Weird Universe compiled a collection of fascinating nuggets from ongoing research in this area:

• Studies of elevator body placement show a standard pattern. Normally the first person on grabs the corner by the buttons or a corner in the rear. The next passenger takes a catercorner position. Then the remaining corners are seized, and next the mid-rear-wall and the center of the car. Then packing becomes indiscriminate.

• "When the sixth person gets on you can watch the shuffle start," says Longfellow. "People don't quite know what to do with the sixth person. Then another set of rules comes into play governing body contact."

• In an uncrowded elevator, men stand with hands folded in front or women will hold their purses in front. That's called the Fig Leaf Position. Longfellow says, "As it gets more crowded you can see hands unfold and come down to the sides, because if you have your hands folded in front of you in a really crowded elevator, there's no telling where your knuckles might end up. So out of respect for the privacy of other people you unfold them and put them at your side."

The secrets of elevator design

Making a high-quality elevator isn't just about designing something that can safely go from one floor to another. Elevators are service items. That means that when you design an elevator, you also have to design for people — both individual desires and needs, and the desires and needs of a variety of cultures.

If engineering is really about designing socio-technical systems, then elevators are big, fat, obvious reminder of that dynamic in play. In a profile written for the Wall Street Journal, author Kate Linebaugh describes the work of Theresa Christy, a mathematician and Otis Elevator research fellow.

You press a button and wait for your elevator. How long before you get impatient and agitated? Theresa Christy says 20 seconds.

As a mathematician steeped in the theories of vertical transportation at Otis Elevator Co., Ms. Christy, 55, has spent a quarter-century developing systems that make elevators run as perfectly as possible—which means getting most riders into a car in less than 20 seconds. "Traditionally, the wait time is the most important factor," she says. "The thing people hate the most is waiting."

... The challenges she deals with depend on the place. At a hotel in the holy city of Mecca in Saudi Arabia, she has to make sure that the elevators can clear a building quickly enough to get most people out five times a day for prayer.

Read the full story at The Wall Street Journal

Math + Too Much Free Time =

Here is a detailed analysis of the amount of time it would take to ride a hypothetical elevator down through the Earth's core and back out the other side of the planet. Apparently, this has something to do with the remake of Total Recall. But it's interesting even if (like me) you have no intention of seeing that movie. (Via Rhett Allain) Read the rest