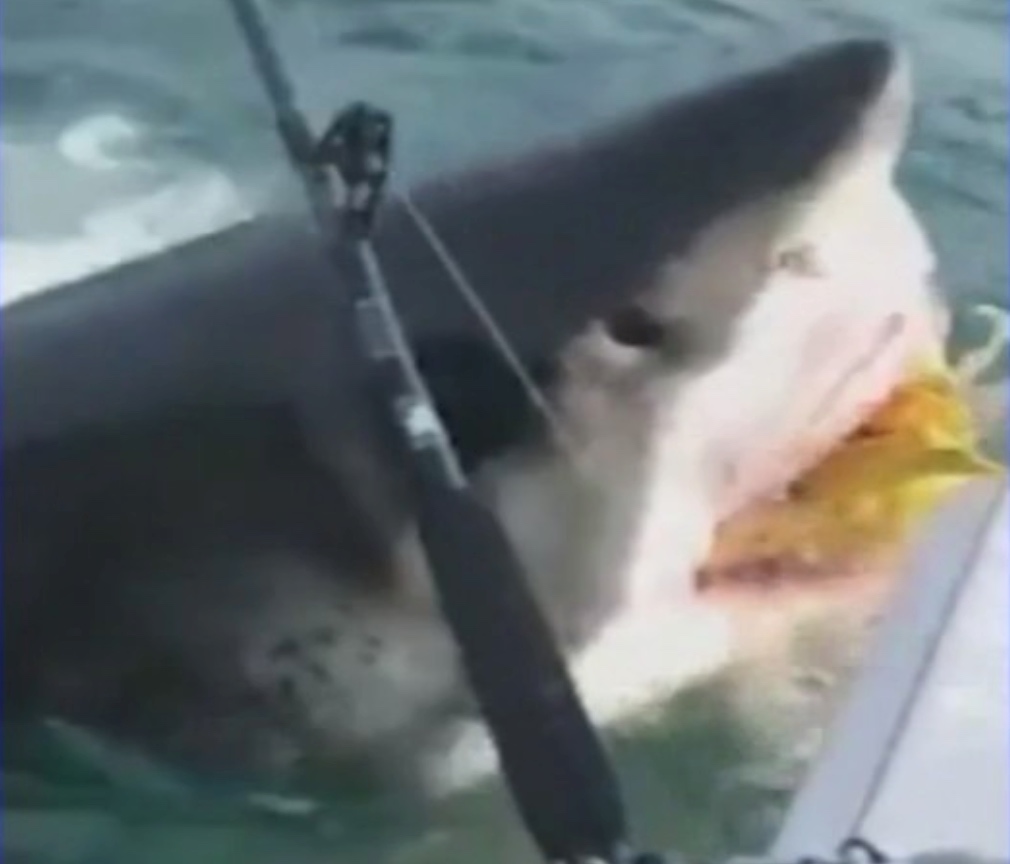 Jeff Crilly and his friends were participating in a mako shark fishing tournament off the Jersey Coast when a different kind of shark came by for a snack of chum. Yes, they're gonna need a bigger boat. John Chisholm, a shark expert at the Massachusetts Division of Fish and Wildlife, estimates the 16- to 18-foot Great White weighs as much as 3,500 pounds.

From the Asbury Park Press:

Chisholm keeps a running database of great white sharks he's identified by certain features, such as markings. Crilly's shark had white markings on its gills, which Chisholm found no matches for in the hundreds of sharks logged in the database.

"She wasn't in there. I was able to determine it was a new shark and if we ever see it again, we'll be able to identify her," Chisholm said.

Chisholm invited Crilly to name the animal and he dubbed her Sherri. After his mom. Read the rest

Swimmer, 61, punches shark and escapes - just like on TV

I guess Shark Week is educational. Read the rest 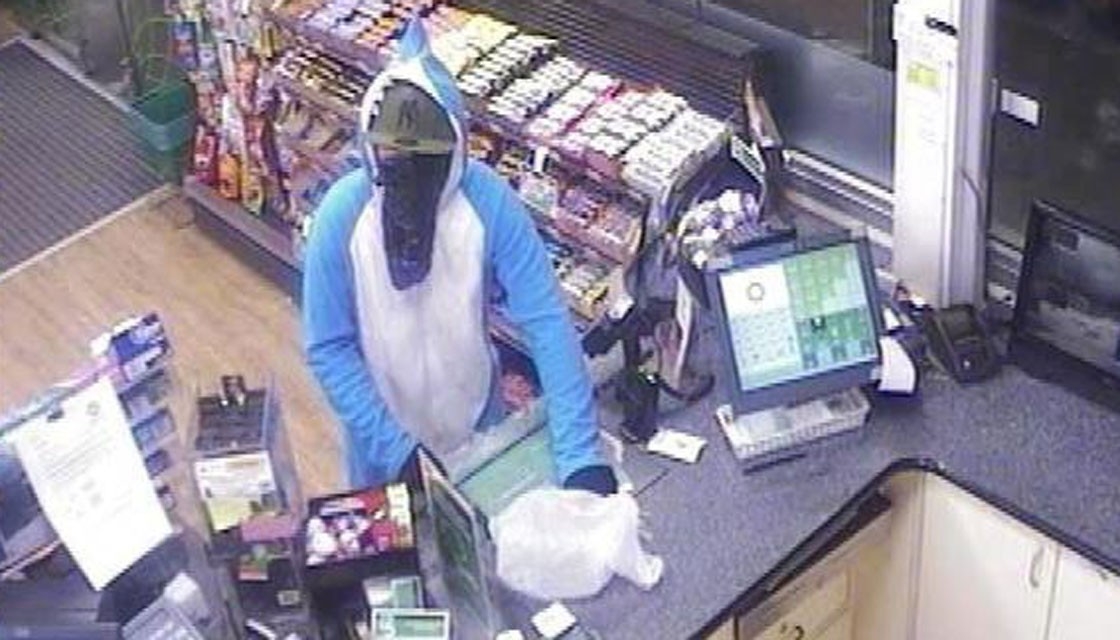 A man wearing a shark costume robbed a gas station in Christchurch, New Zealand. The shark and his accomplice were armed with a knife and a hammer. They robbed the store of "a haul of confectionery," aka candy. From Newshub:

The store attendants have been offered Victim Support counselling.

Police searched the area but failed to find the pair.

One was described as wearing a blue and white shark onesie, a grey cap, black gloves and socks, and had a dark blue bandana covering his face.

The action begins at 1:08. Read the rest

"You swim slowly through the night, contemplating the solitary brutality of your existence as an apex predator."

Jaws, the text adventure, is fantastic in three ways: as a game; in its adherence to the ZX Spectrum's palette and limitations; and its location firmly in the 19A0s. Read the rest