Scientists figure out how to make and measure time crystals 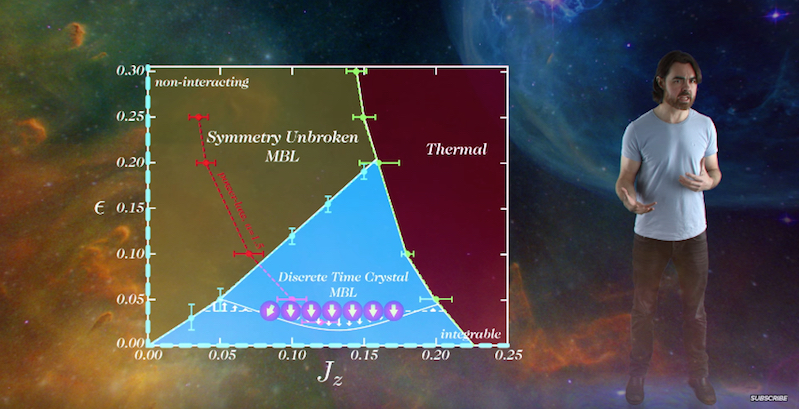 Time crystals, a theoretical phase of matter proposed in 2012, can now be reliably created and measured, thanks to researchers at UC Berkeley. Above: a great primer on time crystals.

The discovery built on the work of several teams of researchers:

Time crystals repeat in time because they are kicked periodically, sort of like tapping Jell-O repeatedly to get it to jiggle, Yao said. The big breakthrough, he argues, is less that these particular crystals repeat in time than that they are the first of a large class of new materials that are intrinsically out of equilibrium, unable to settle down to the motionless equilibrium of, for example, a diamond or ruby.

Maybe the next step is the development of these time crystals: