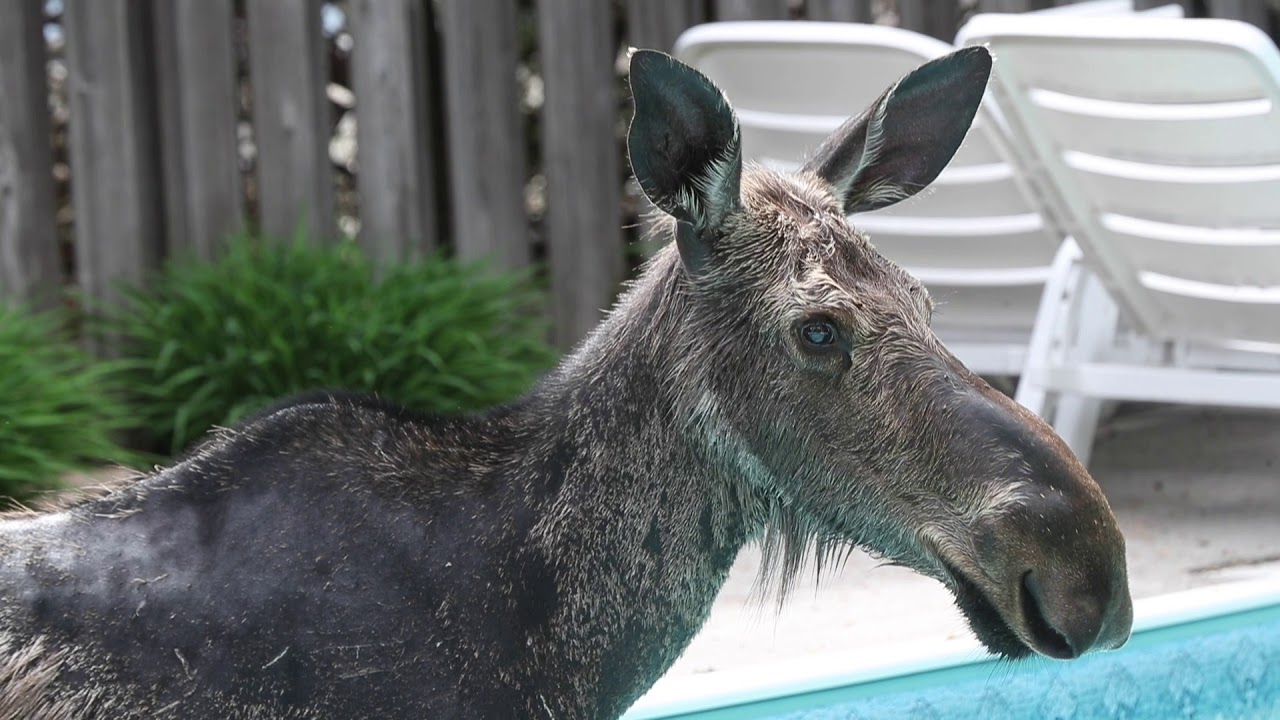 "It's still a mystery to me how she got in the backyard," Koch said. "She'd have to jump a minimum of a five to five-and-a-half-foot fence to do it."

The moose spent several hours swimming around in the pool at the home near Hunt Club Road and Uplands Drive, later moving to the shallow end to stand up...

Police later said the moose had "rejoined its buddies" in the forest.

The moose punched a serious hole in the Kochs' pool lining. But despite the repairs they'll have to make, the Kochs say this was a highlight of their 40 years as homeowners.

Thanks, Meaghan! Read the rest 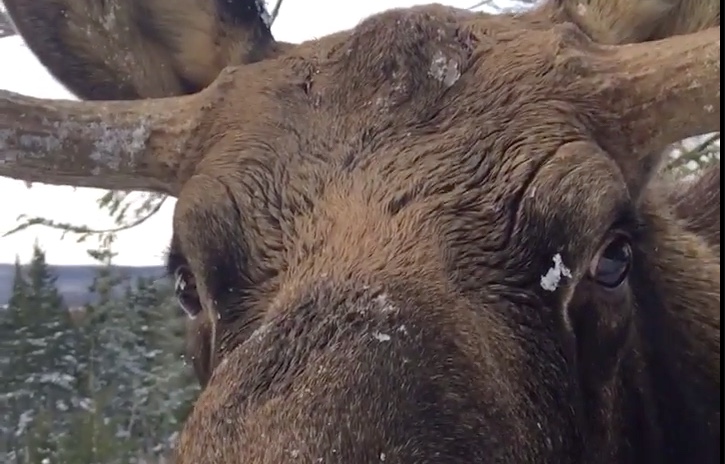 “He is very gentle when he takes his treats.” Read the rest 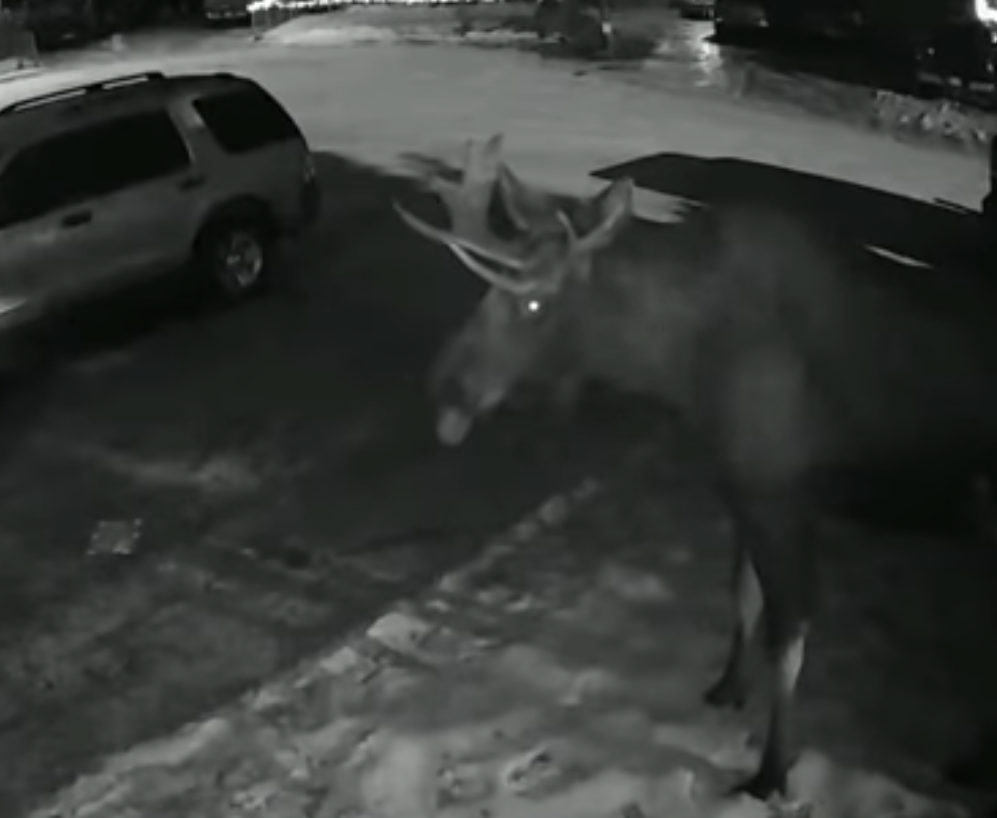 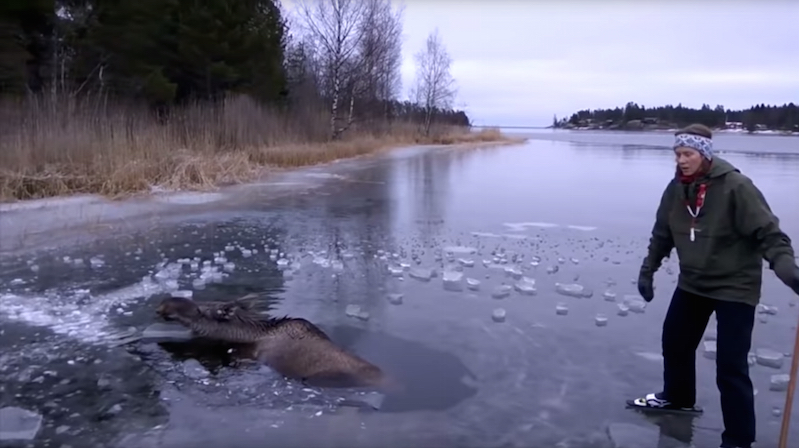 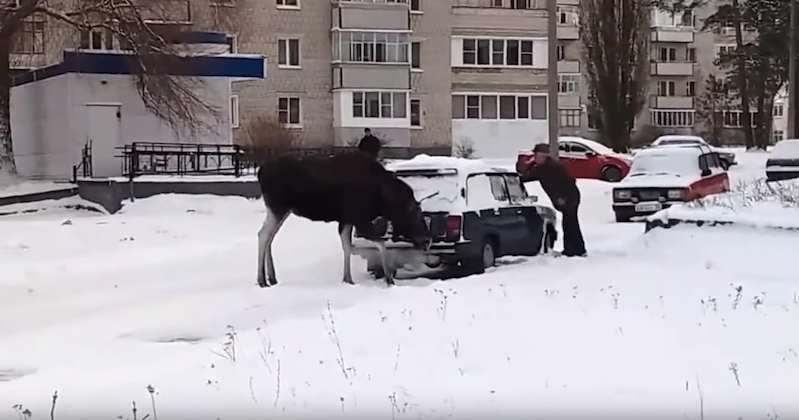 On a brisk wintry day, this clever moose decided to use a car's exhaust to get a faceful of warm air. The best part is the car owner who keeps scraping his windshield. Read the rest 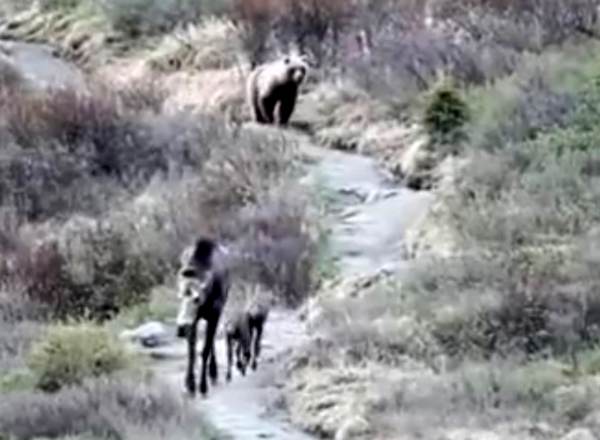 I like the way every time the mother moose turns around, the bear pretends to be paying attention to something else. Read the rest