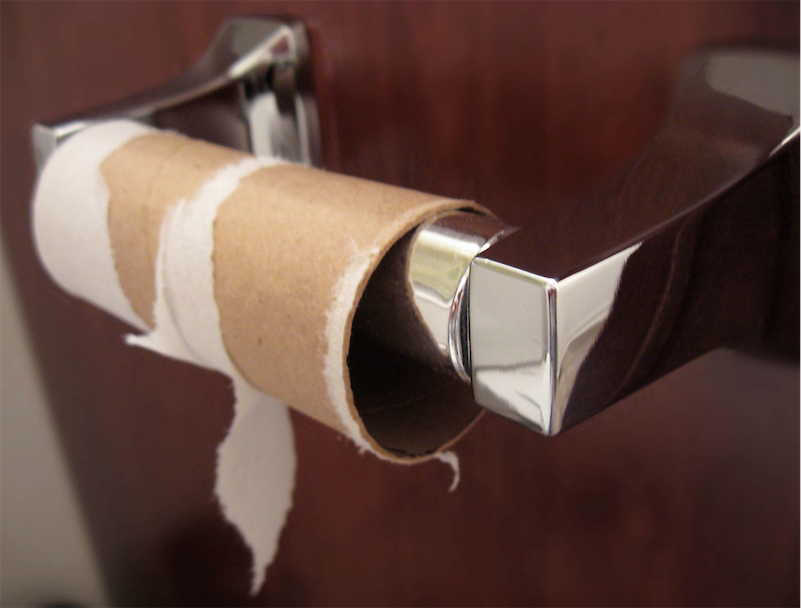 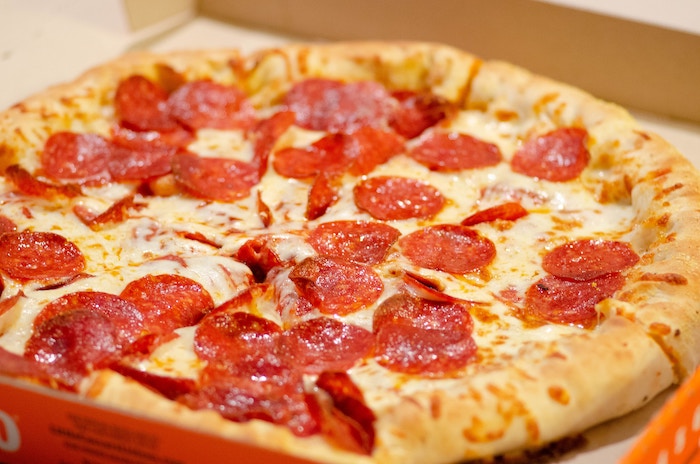 Photo by Alan Hardman on Unsplash Read the rest

Burglar breaks into escape room but can't break out 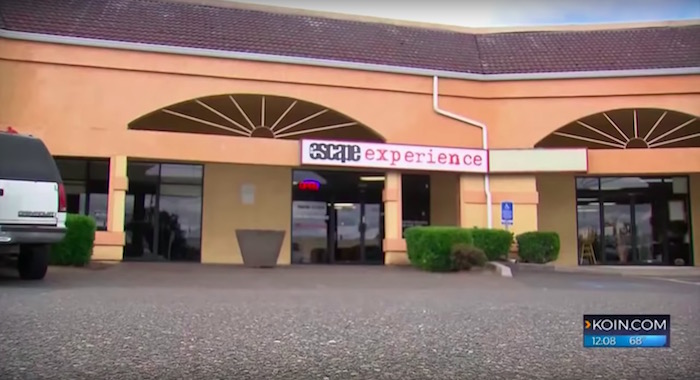 A criminal mastermind in Vancouver, Washington thought that he'd help himself to the bounty of – I dunno, locks? doors? finger puzzles? – goods that an escape room business had on hand. He ended up, you guessed it, trapped in an escape room and unable to break free. In a fit of panic and defeat, he called 911 for help. Read the rest 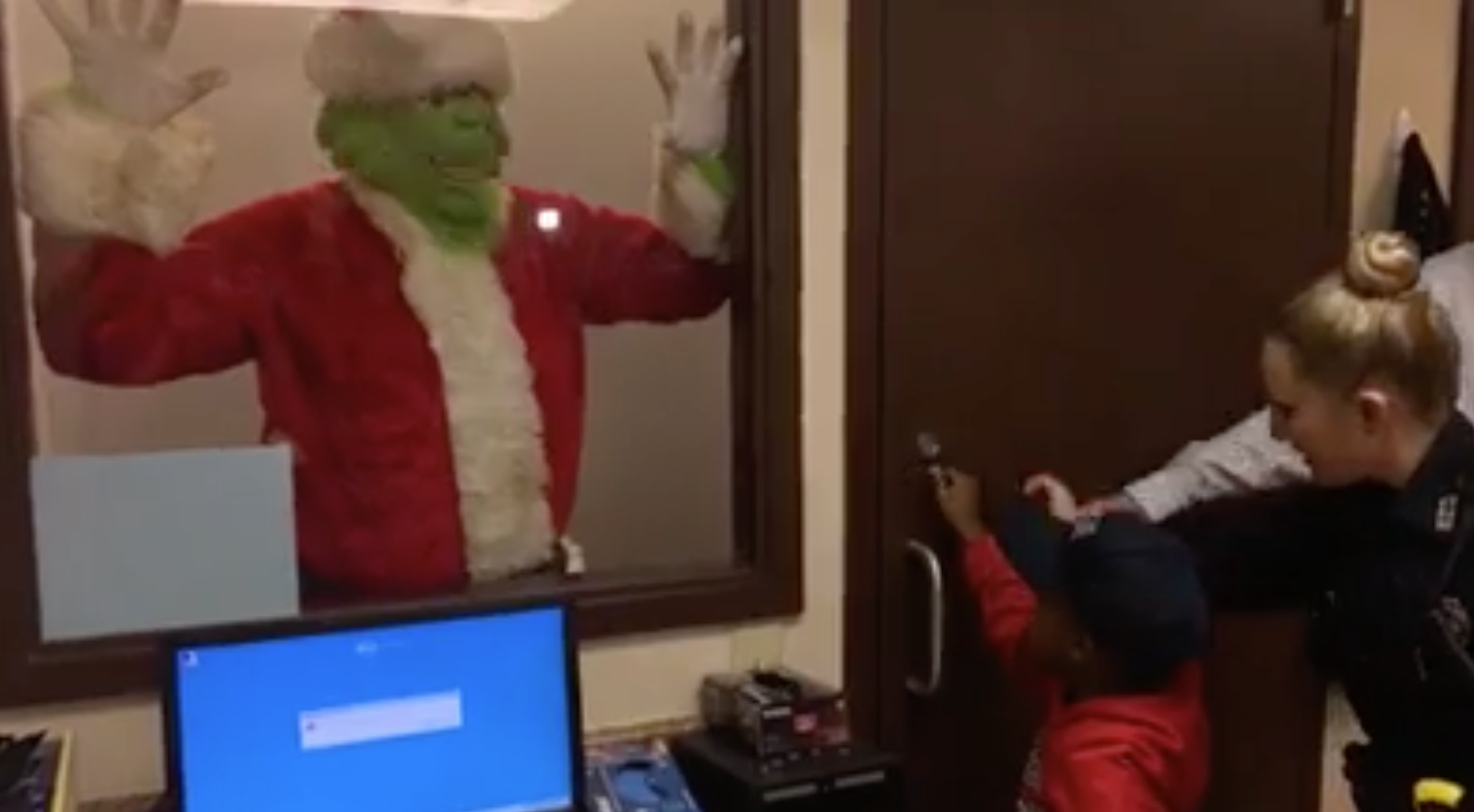 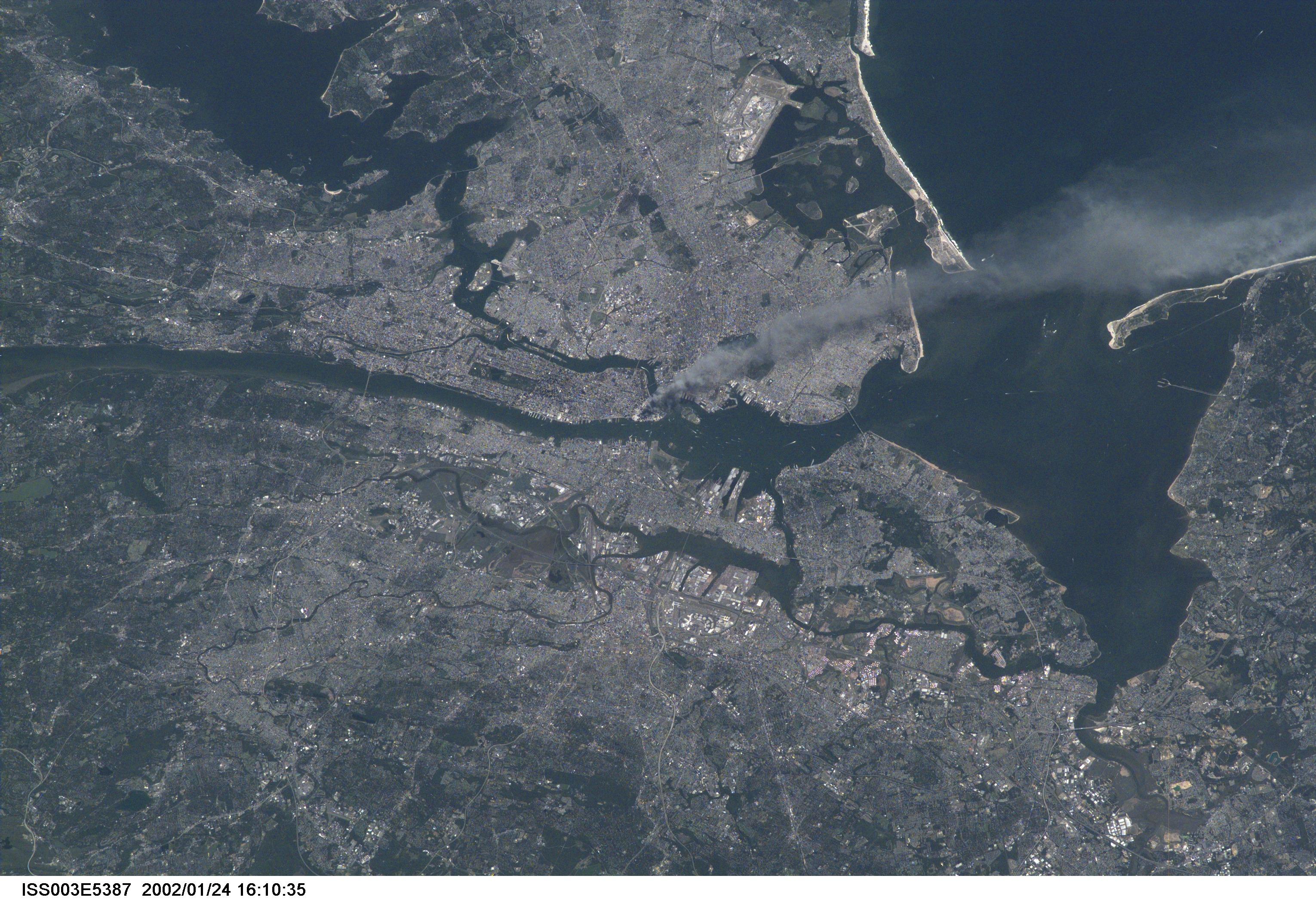 "The world changed today," Station Commander Culbertson wrote the next day. "What I say or do is very minor compared to the significance of what happened to our country today when it was attacked...

"It's horrible to see smoke pouring from wounds in your own country from such a fantastic vantage point. The dichotomy of being on a spacecraft dedicated to improving life on the earth and watching life being destroyed by such willful, terrible acts is jolting to the psyche, no matter who you are." 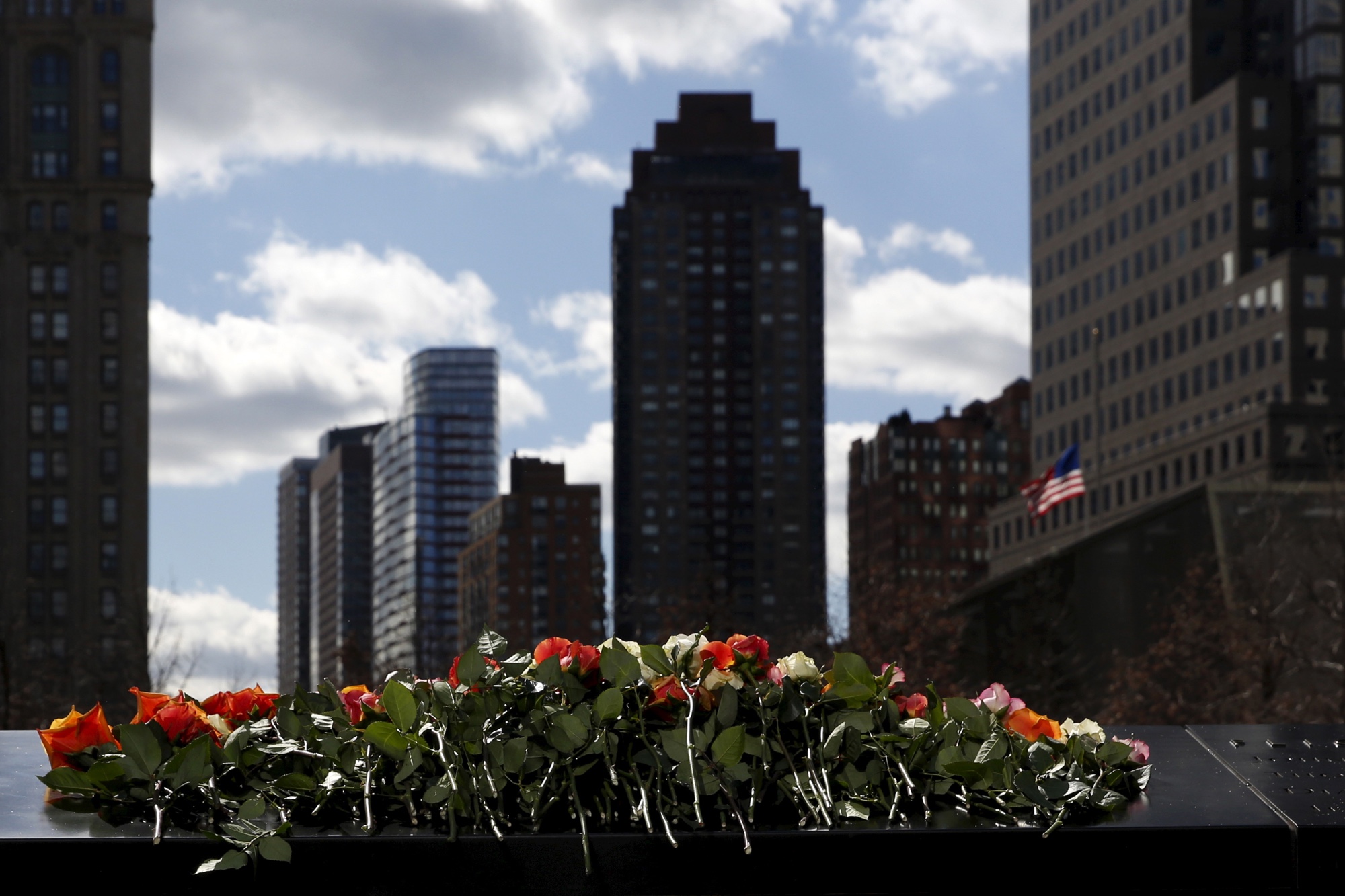 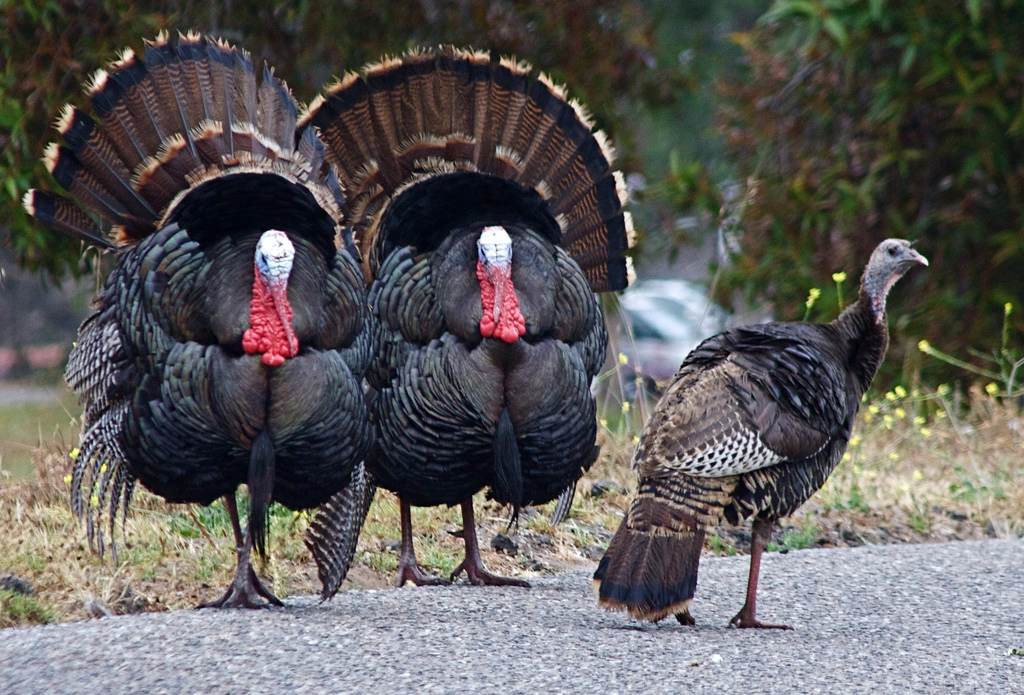 Small-town 911 calls can be weird, fascinating and heart-warming

Dogs are lost, then found a few hours later. Little old ladies are outraged by skateboarders. In such circumstances, it's the reader who must provide narrative continuity between entries, but it's honest work and always rewards the day with a little Mayberry bump.

The following are recent 911 calls to a small-town Massachusetts police department:

"5:27 p.m. Caller reports group of juveniles sliding down a mound of snow.

7:27 p.m. Caller reports a possum on her patio she believes is sick or lost.

9:32 a.m. Caller complaining that someone dumped snow in her driveway.

10:24 a.m. Caller reports message left on voicemail from the IRS.

12:30 p.m. Caller wants to speak with officer regarding a company stealing emails from his website and taking customers away from him, Maple Brook Dr.

12:31 p.m. Caller reports large duck in yard; Has put duck in crate until owner is found." Read the rest

Why did the 9/11 'falling man' image disappear?

At Design Observer, a fascinating piece on how photographer Richard Drew's iconic, disturbing image of a man falling to his death from the World Trade Center on 911 has been erased from public view. Read the rest

Notable objects in 9/11 museum, and why one reporter was kicked out

The most tasteless thing inside the just-opened September 11 museum in New York City is probably this commemorative cheese plate. One of the most profound and moving objects may be this telephone, from the Pentagon. They're just two of many items on display in some 10,000 square feet of exhibit space. Read the rest

In an excellent, well-argued editorial, CNN National Security Analyst Peter Bergen eviscerates the claim that the NSA's total, global surveillance is necessary for preventing 9/11-style attacks. Bergen shows how the US intelligence agencies' own auditors concluded that pre-PATRIOT Act surveillance powers were more than sufficient to have predicted and prevented the 9/11 attack, and many attacks since, including the 2008 Mumbai attack, which was planned in Chicago; Maj. Nidal Hasan's 2009 shooting spree at Ford Hood; the 2009 shooting of a soldier in Little Rock, Arkansas; Umar Farouk AbdulMutallab's failed underwear bomb attack in 2009. All attacks for which America's spies had advance warning and did nothing or not enough. Read the rest

Arapahoe teacher on survival and resilience

For several years, I've conducted an annual Skype session with the students at Arapahoe High School in Colorado, who read my novel Little Brother as a jumping-off point for a wide-ranging, critical discussion of the Internet and politics. Arapahoe has been much in the news lately, for sad reasons: a student brought a gun to school, shot and wounded two of his fellow students, and then killed himself. Kristin Leclaire teaches Language Arts at Arapahoe, who was living in New York on September 11th, 2001, and she has written a sad, smart, important essay on her experience, called Scar Tissue . My thoughts are with my friends at Arapahoe. Read the rest

How cartographers helped clean up after 9/11

This image, made using a laser mapping technology called LIDAR, was taken on September 17, 2001. It shows a 3-D model of the rubble left behind in lower Manhattan following the attacks on the World Trade Center.

Minnesota Public Radio's Paul Tosto has a really interesting peek into the way mapping techniques like LIDAR were used to help rescuers and clean-up crew understand the extent of the damage, look for survivors, and rehabilitate the area around the disaster zone.

The Library of Congress work also includes data from a a thermal sensor flown at 5,000 feet over Ground Zero that provided images to track underground fires that burned for weeks at the site.

It's worth remembering that Google Earth didn't exist back then. The ancient science of cartography has been reborn with the technology of the last decade. Let's hope it's not called on again to map destruction.

Via Peter Aldhous Read the rest