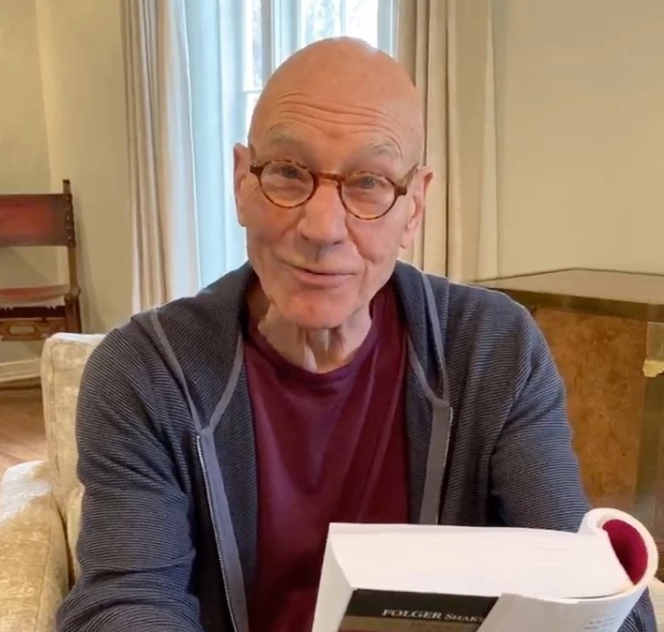 "Having spent so much of my life with Shakespeare’s world, passions and ideas in my head and in my mouth, he feels like a friend—someone who just went out of the room to get another bottle of wine," Patrick Stewart once said.

On Instagram, he's now delivering a daily fix of the Bard. See them all at @sirpatstew on Instagram. 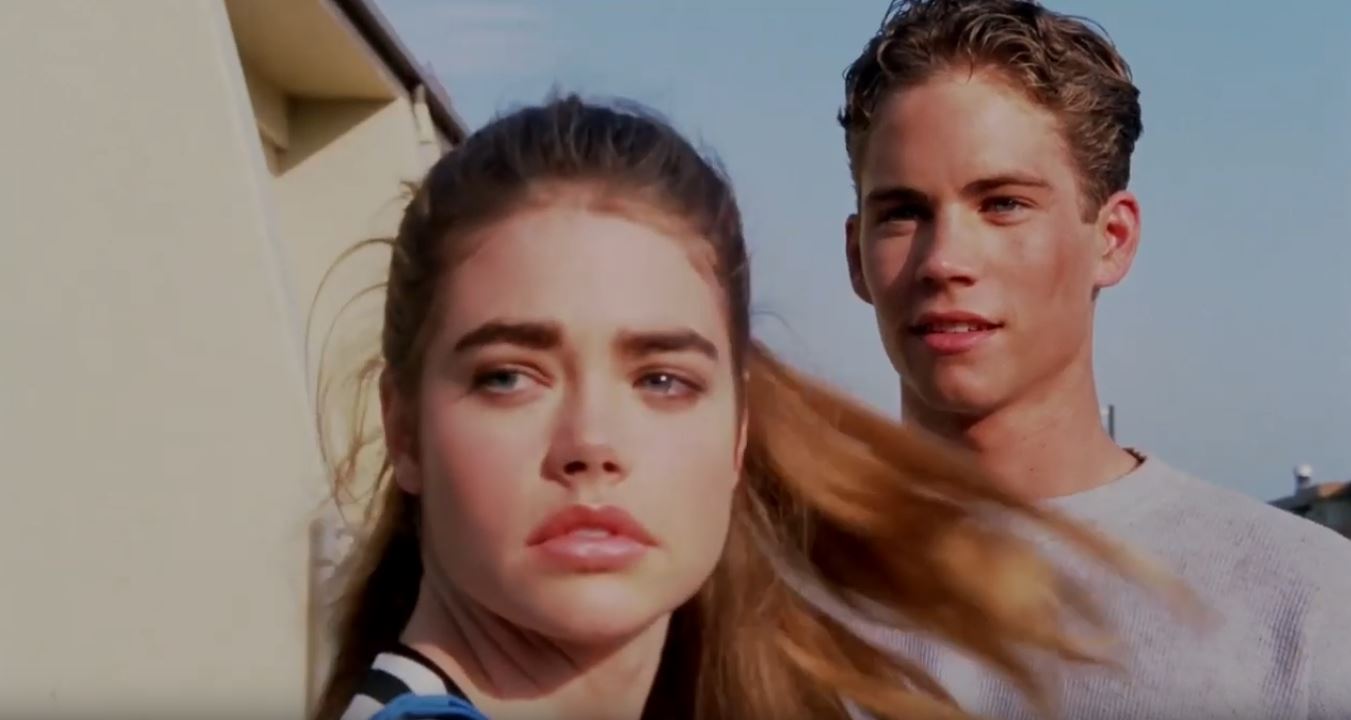 The gore cut will be streaming on Shudder in January. Read the rest 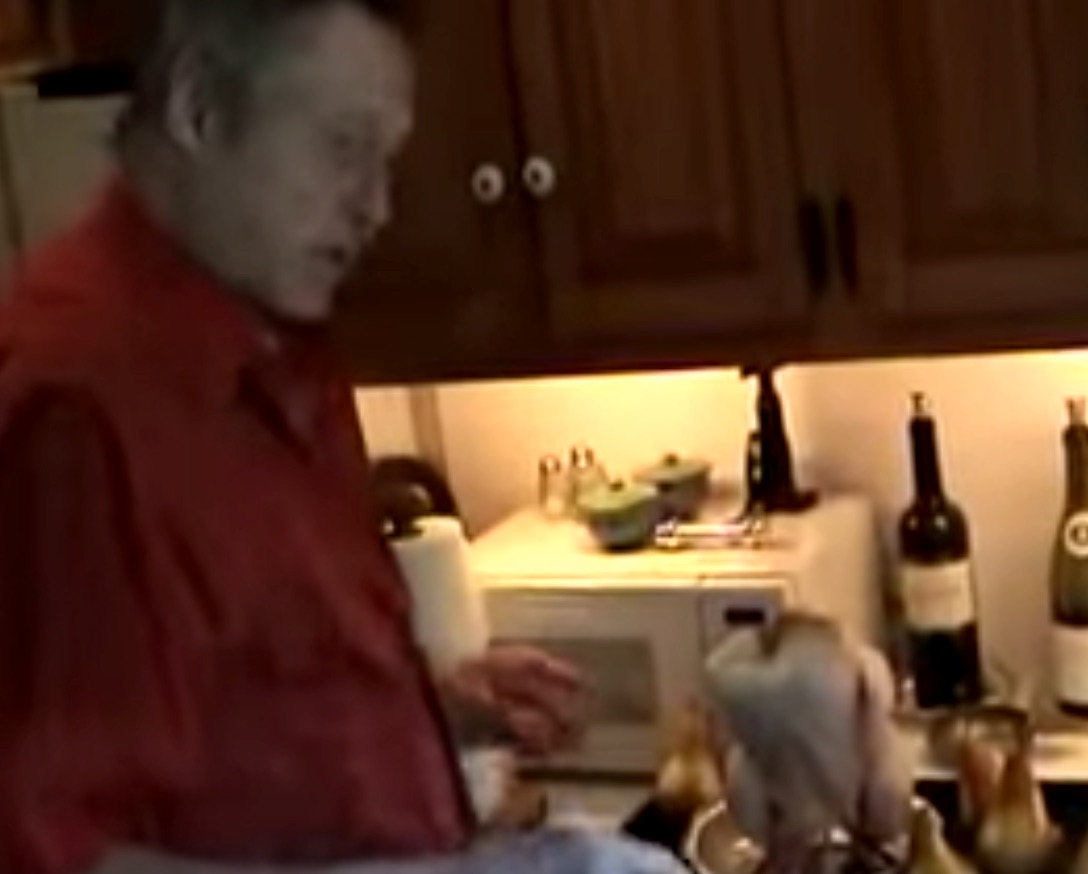 This clip is from 2007. I have yet to prepare Christopher Walken's upright chicken with pears but I have enjoyed this video several times. 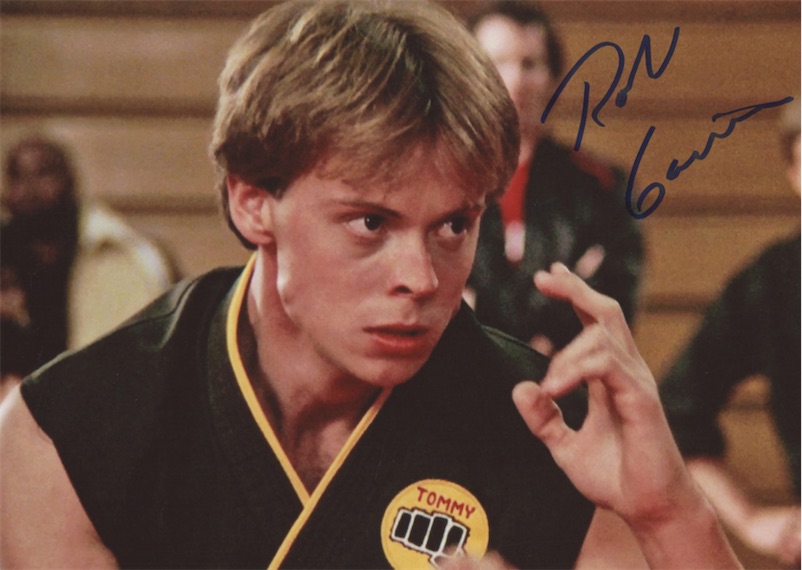 Robert Garrison, best known for his role in The Karate Kid as Tommy of the Cobra Kai, has died. He was 59. Garrison's sister-in-law told TMZ that "his passing wasn't sudden -- he had been in the hospital for over a month dealing with kidney and liver issues."

Below is Garrison's most memorable moment from The Karate Kid. He returned to the role of Tommy this year for an episode of Cobra Kai in which he died and, yes, was zipped up in a body bag.

Listen to a young Edward Furlong sing The Doors 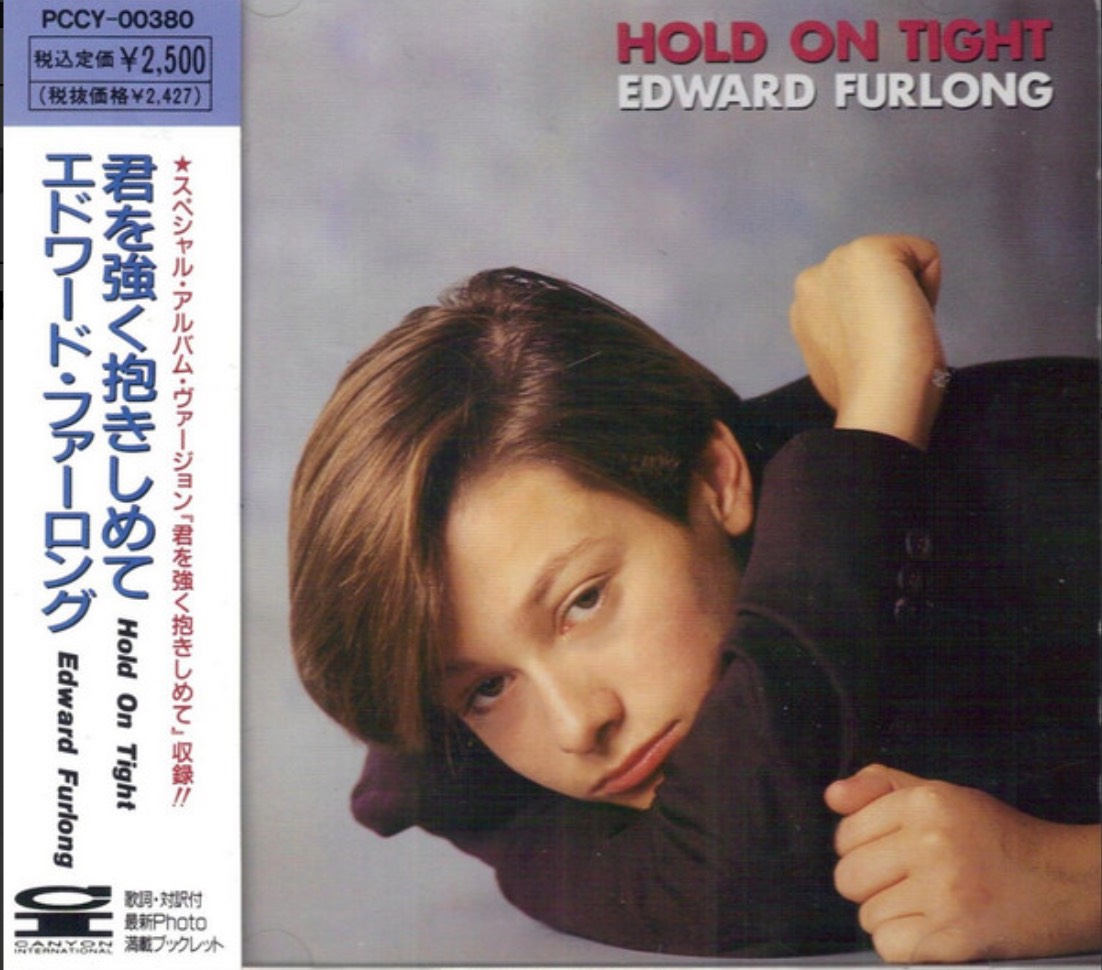 Just after teenage Edward Furlong blew up in Terminator 2, he released an album, titled "Hold On Tight," in Japan. It also enjoyed a CD and vinyl release in South Korea and sweet sweet cassette in Indonesia. Here's 14-year-old Edward doing The Doors' "People Are Strange." 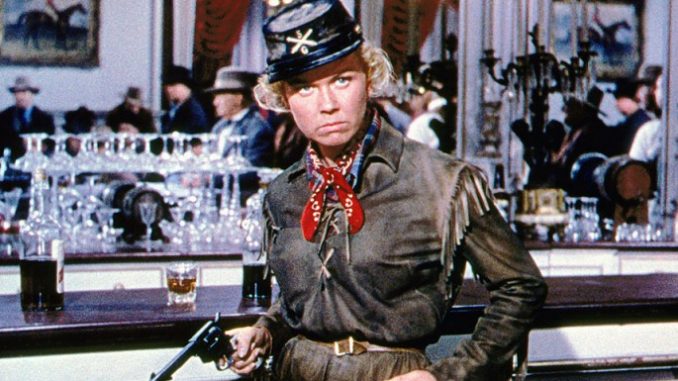 Actor EJ Zapata provides "solid evidence every TV show, Movie, and Commercial are all in the same Cinematic Universe." This is "How It All Connects," a compilation of Zapata's on-camera moments in the background.

Learn more from Zapata over at r/videos. (Thanks pvanb!) Read the rest

Jussie Smollett indicted on 16 felony counts for faking his assault 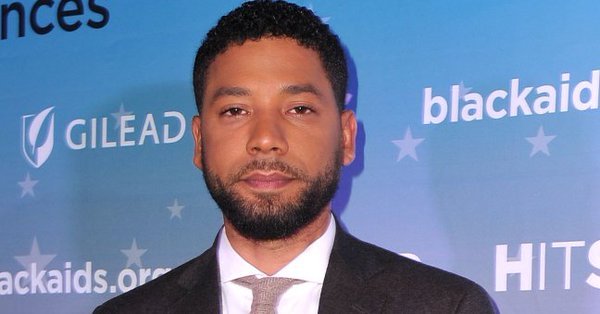 A grand jury indicted Jussie Smollett on 16 felony counts of disorderly conduct for falsely reporting that he was assaulted by two men who, he claimed, targeted the Empire actor because he is black and gay. The two men later told police that Smollett paid them to stage the attack as a publicity stunt that Smollett hoped would land him a raise. Smollett will be arraigned on Tuesday. From the Chicago Sun Times:

The indictment, which was made public on Friday, cites Smollett with disorderly conduct for each crime he said he had suffered, with separate counts related to statements he made the night of Jan. 29 to a police officer, and then for repeating the same account to a detective the same night. The charges all are Class 4 felonies, the lowest category of felony offense under Illinois law...

In a statement, Smollett’s attorney Mark Geragos said while the indictment is “not unexpected…What is unexpected however, is the prosecutorial overkill in charging 16 separate counts.”

“This redundant and vindictive indictment is nothing more than a desperate attempt to make headlines in order to distract from the internal investigation launched to investigate the outrageous leaking of false information by the Chicago Police Department and the shameless and illegal invasion of Jussie’s privacy in tampering with his medical records. Jussie adamantly maintains his innocence even if law enforcement has robbed him of that presumption.” 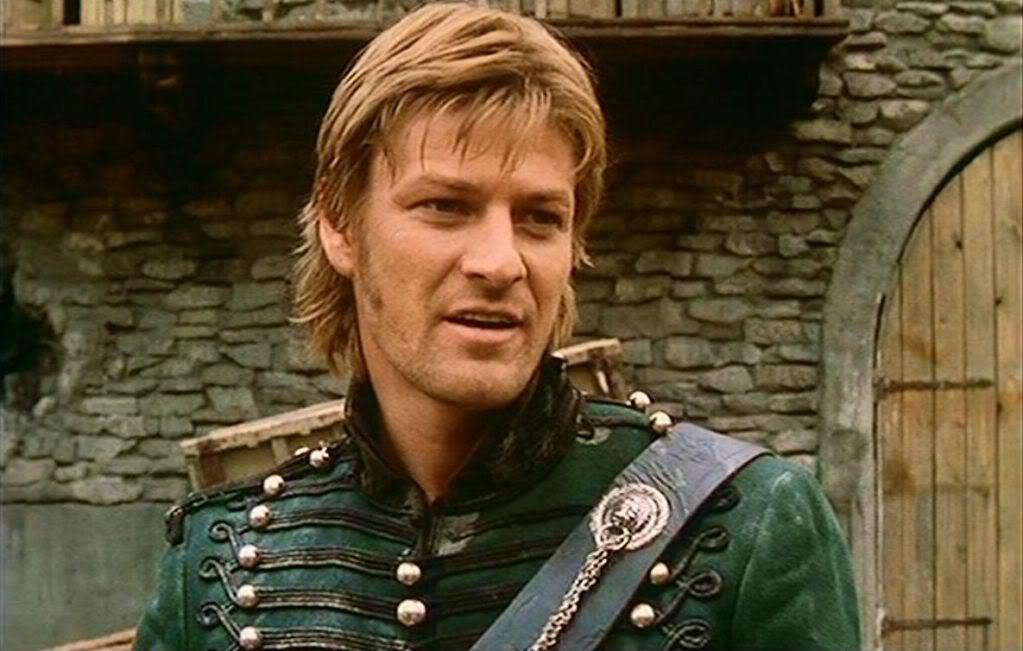 All in the form of signature character Richard Sharpe — add Ed Stark and we'd be here all weekend. Read the rest 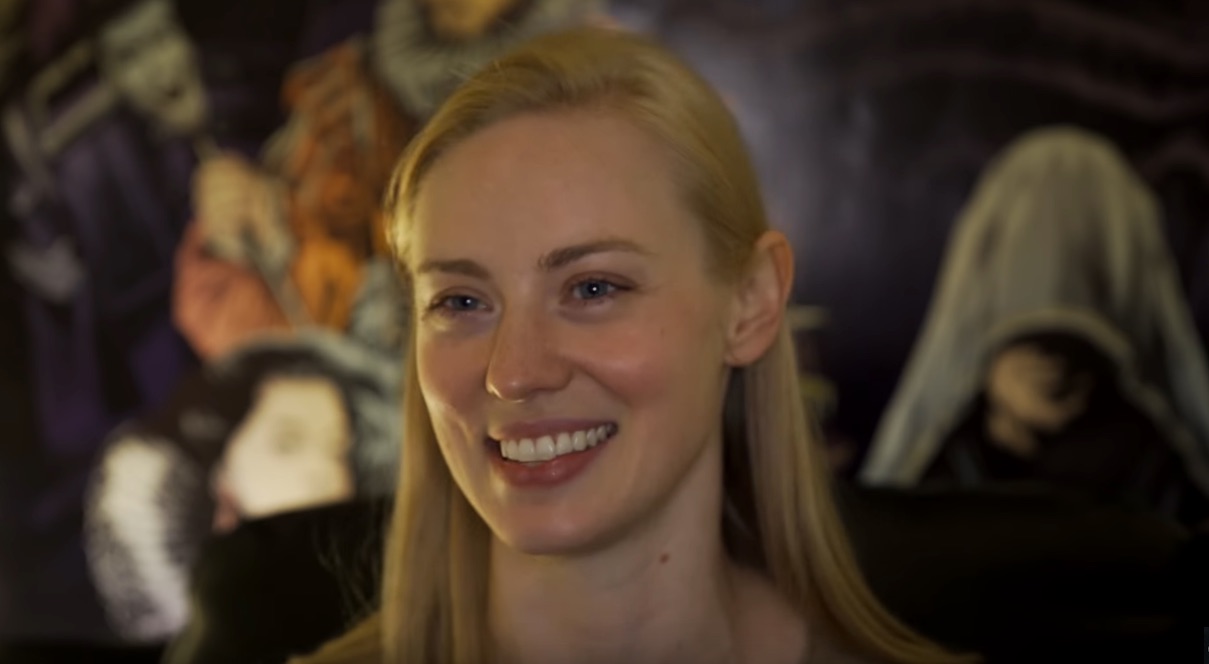 First screen test of Henry Cavill in The Witcher 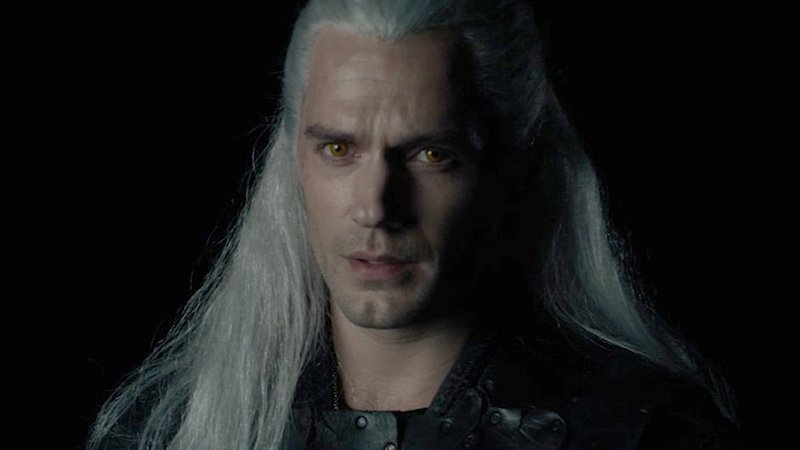 Cast as Geralt in the forthcoming adaptation of The Witcher, Henry Cavill seems to be undergoing an unsettling realization in his first costume test as the monster-hunting master swordsman. Here's a still frame:

I can only imagine Julian Sands checking his phone and nodding sagely and saying "Yep, I made this mistake too. This. Exact. Mistake." Read the rest 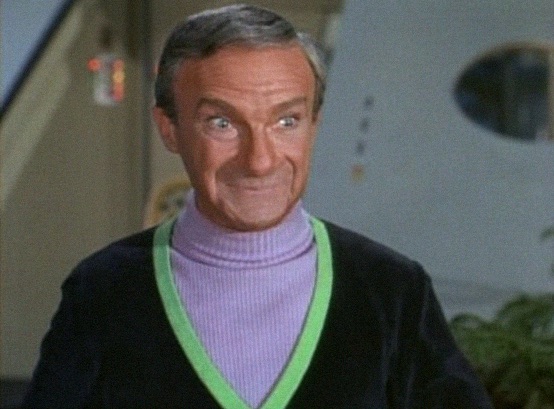 As we make our way through the Lost In Space reboot on Netflix (or not), let's honor the late, great Jonathan Harris who stole the original series as the prissily menacing Dr. Zachary Smith.

"(Smith) was written as a deep-dyed, snarling villain, and he bored the shit out of me," Harris said. 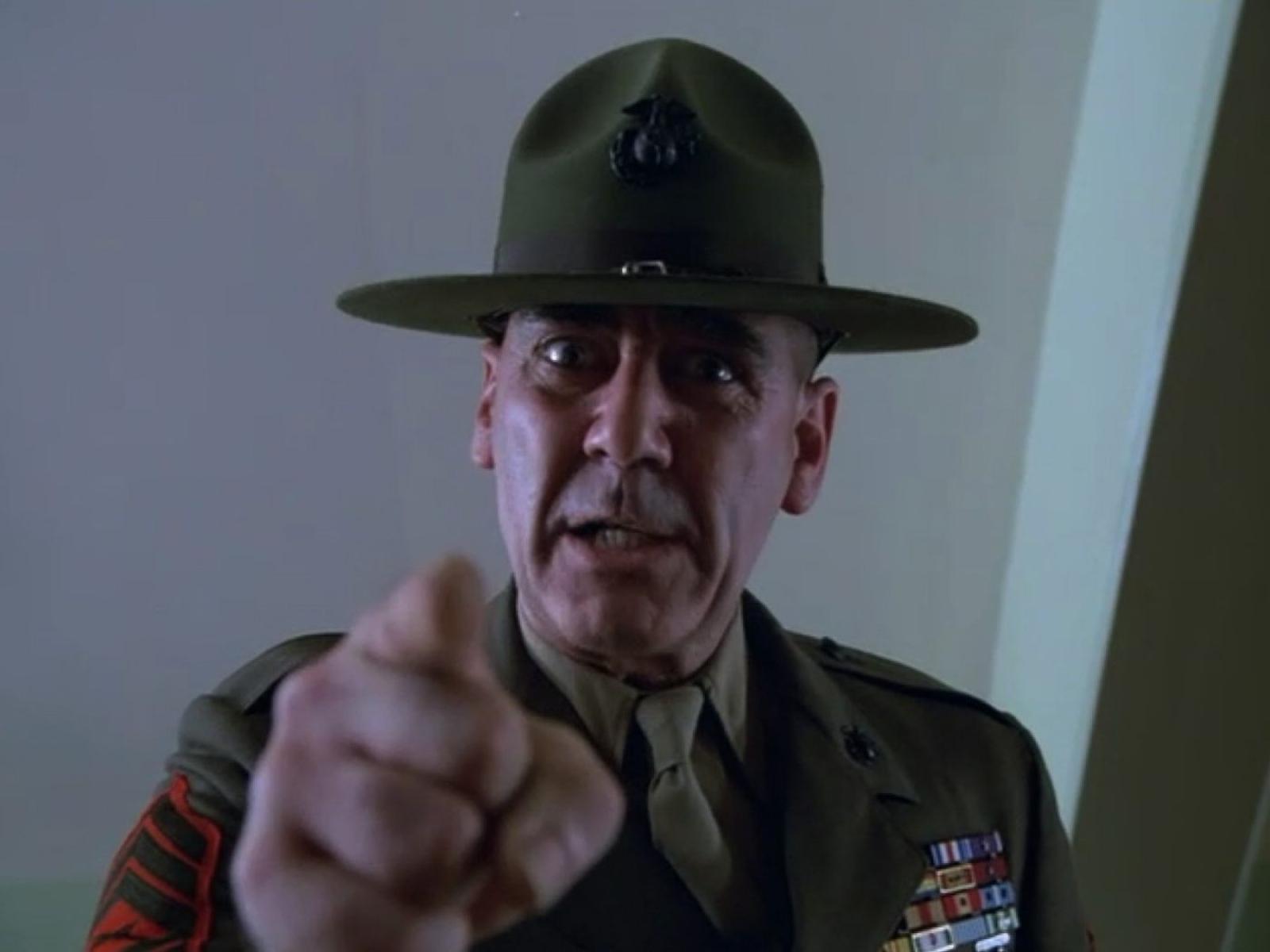 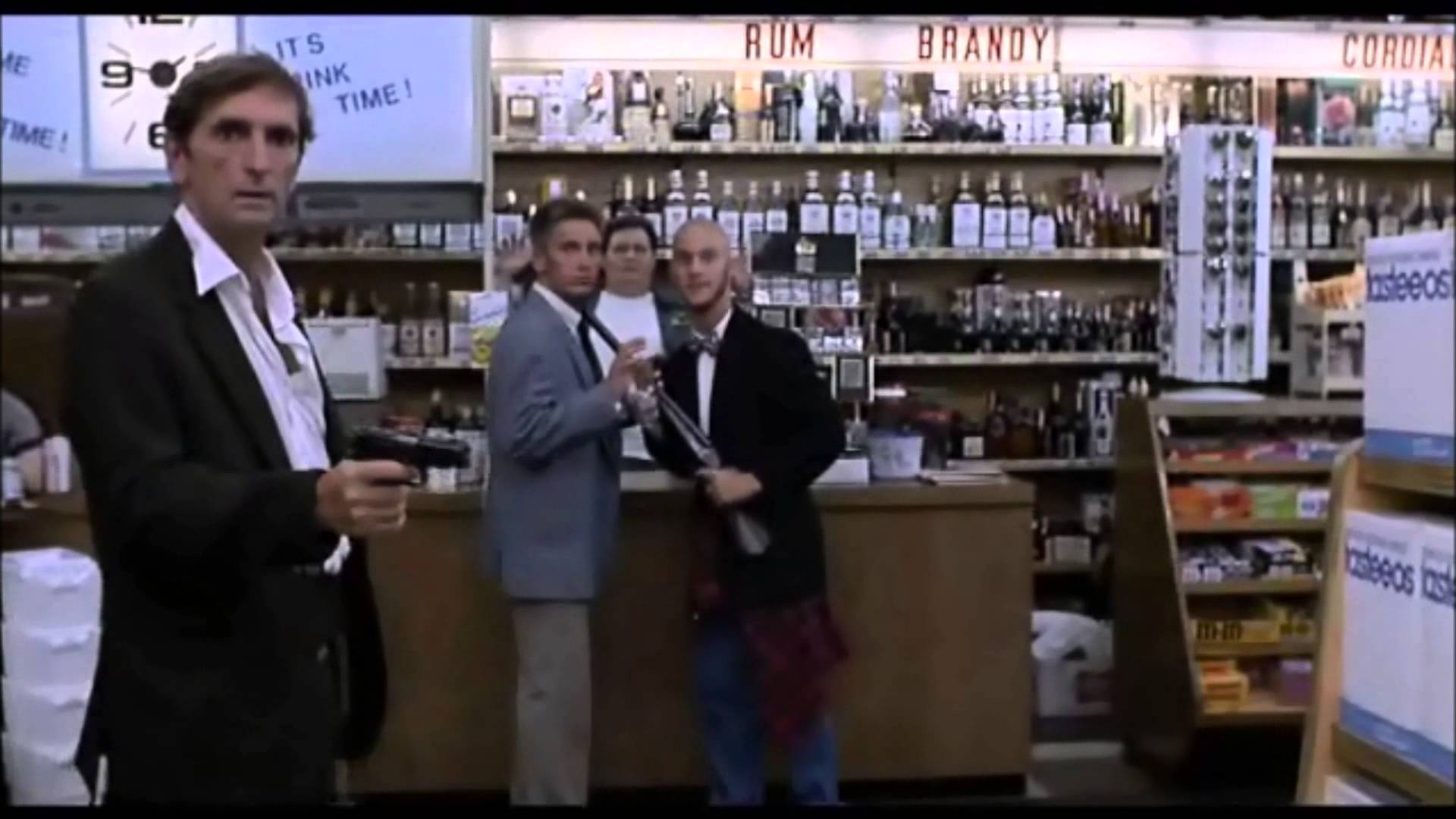 Over the weekend, Jim Carrey gave a deeply weird interview while at New York Fashion Week. Watch it above. “There is no me,” he said. “There are just things happening and there are clusters of tetrahedrons moving around together.” Below, he explains what he was saying. Kinda. Not really. And I love it.

Superhero portraits composited from faces of actors who played them 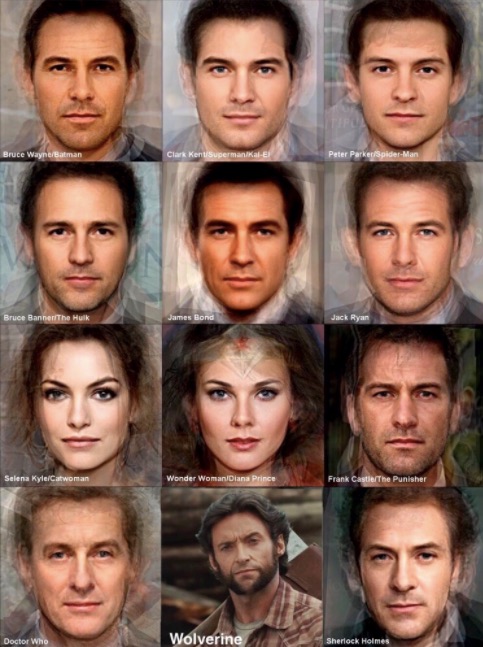 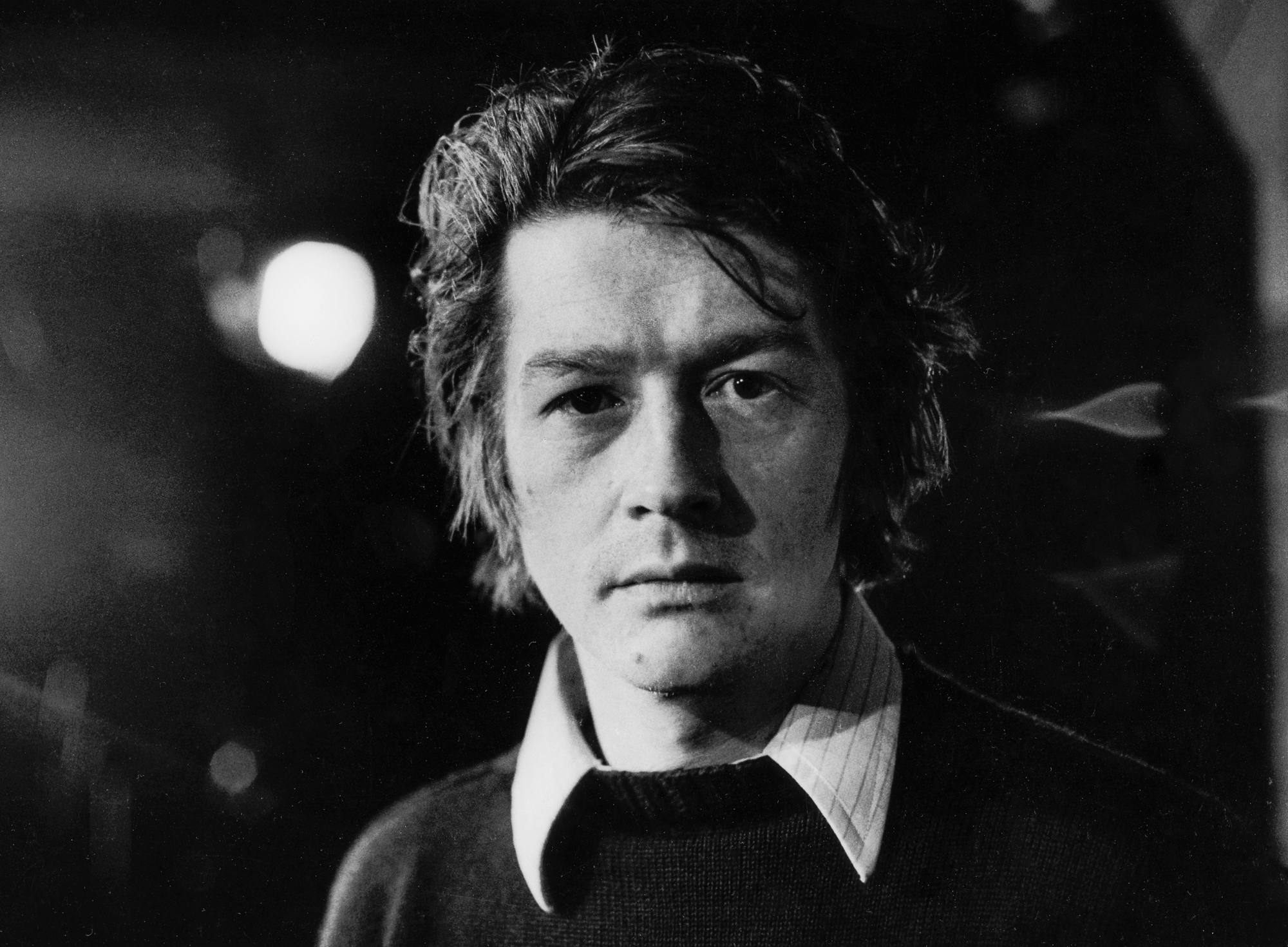 Actor John Hurt, famous for his gravelly-yet-vulnerable voice and craggy appearance, is reported dead at 77. Known for his roles in Alien, Elephant Man, Nineteen-Eighty Four, Doctor Who and the Harry Potter series, Hurt was knighted in 2015 for services to Drama and won two Golden Globes, four Baftas and two Academy Award nominations. Read the rest