Massive cruise ship sliced in half to embiggen it 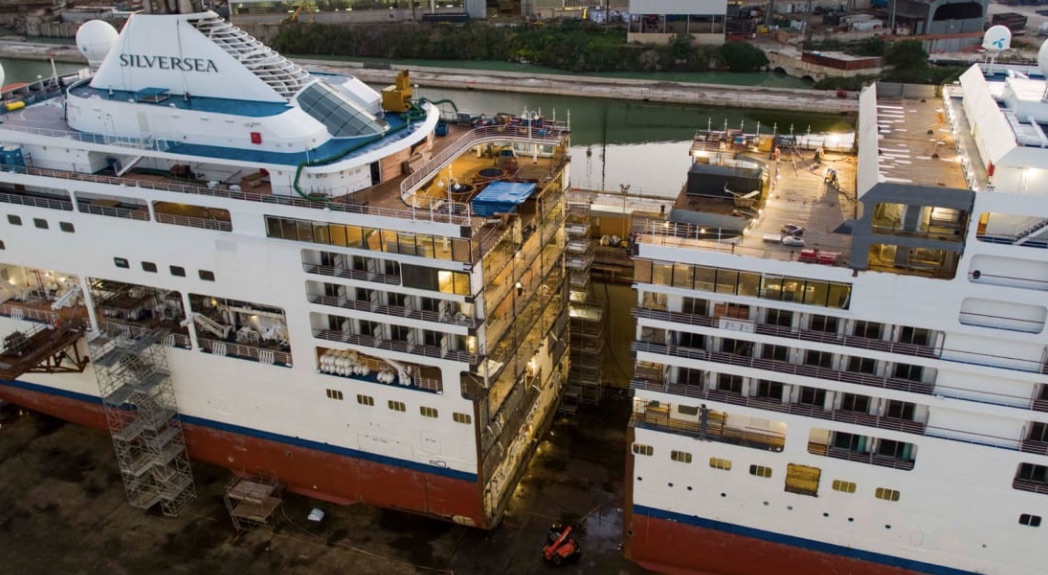 Silversea Cruises has sliced their massive Silversea ship in half so that they can inset a 15 meter (50 feet) extension and increase the ship's capacity by 15 percent. While this kind of thing is commonly done to convert regular automobiles into stretch limos, the company describes this undertaking as a "rarely performed feat of maritime architecture." From CNN:

The elaborate engineering feat, underway at the Fincantieri Shipyard in Palermo, Italy, requires over 500 skilled workers and will take up approximately 450,000 man hours.

A prebuilt 15-meter extension (almost 50 feet) has already been inserted with "military precision" to stretch Silver Spirit from 195.8 to 210.7 meters. 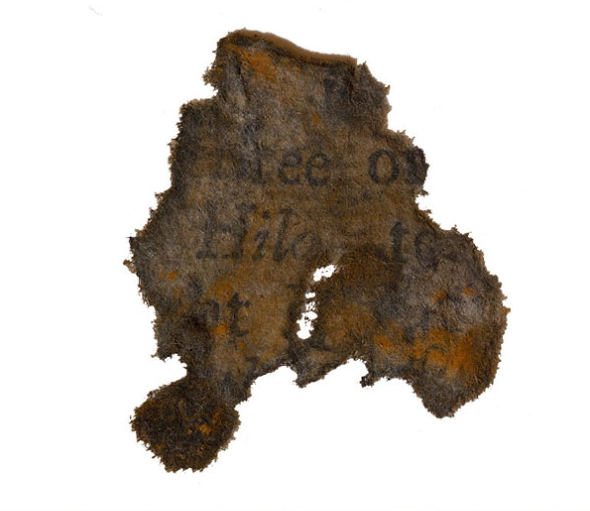 It turns out that 18th-century pirates liked to curl up a with a good book.

In 1718, Queen Anne's Revenge -- the flagship of the infamous pirate Blackbeard -- went aground offshore of North Carolina. The wreck was found in 1996, and last year conservators discovered a mass of wet textile pieces inside a breech-loading cannon. Several of the scraps were printed with uniformly-oriented text, and the conservators realized they'd found tiny fragments of a book.

But which book could it be?

After a lot of head-scratching, one clue finally helped them figure it out: The piece you see above, with the word "Hilo" in italics. It referred to Ilo, a Spanish settlement in Peru -- which is talked about in the 1712 tome A Voyage to the South Sea, and Round the World, Perform’d in the Years 1708, 1709, 1710 and 1711.

Stories about the plunder of Spanish holdings were popular in the 17th and 18th centuries, says Kenyon. "The English audiences were eating this up."

When these printed accounts didn't match with the book fragments from Queen Anne's Revenge, the researchers looked to other stories of Pacific voyages that referenced the plunder of Ilo and eventually determined that their bits of paper came from pages 177, 178, and 183-188 of the 1712 first edition of Captain Edward Cooke's A Voyage to the South Sea, and Round the World, Perform’d in the Years 1708, 1709, 1710 and 1711.

Cooke's book describes his experiences on an expedition made by two ships, Duke and Dutchess, led by Captain Woodes Rogers.