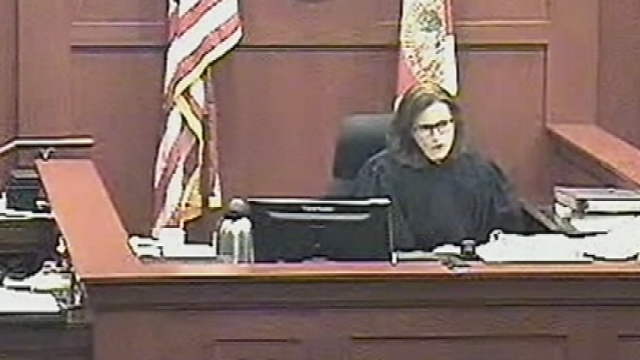 Judge Jerri L. Collins sentenced a woman to three days in jail for contempt of court after refusing to testify at her abuser's trial. Read the rest

"Where is this phantom poo?" Park inspector alleging poocrime refuses to disclose location of poo

A local council in the UK has decided not to prosecute an accused park pooper's owner, which seems just as well, since she claimed there was no poo in the first place and the poo inspector could not identify the alleged poo in question.

Amber Langtry, 35, was walking her dog with a friend on New Year's Day when a lone Tower Hamlets Enforcement Officer accused her of not clearing up after her pet.

When she explained to the officer that he'd made a mistake and asked to see the offending evidence, he refused to show her, then pointed to a spot in the opposite direction to where Miss Langtry's dog had been. He then proceeded to issue her with a ticket and called the police.

It's a fantastic video, pitting an ineffective but invincible jobsworth against angry but self-controlled normals. Standout lines include "where is this phantom poo?", "non-compliance of female" and "there isn't even a poo, is there?" Read the rest

What we teach children about police

"Someone is causing a lot of trouble."

Josh Stearns, a reporter who has covered the Occupy movement extensively, asks, "Why is this children's book teaching my kid about SWAT vehicles and Riot Control practices?" From his blog post:

Visiting the local library yesterday my son picked out a book all about police. I was stunned when, after pages and pages of info about police cars and police offices, there were these two pages about Riot Control Trucks and SWAT Vans.

Even after months of tracking conflicts between police and the press I still have a profound respect for much of law enforcement and the jobs they do in our communities. However, the descriptions of water cannons being turned on protesters and the taunting opening on the SWAT page, “Someone’s causing a lot of trouble…,” all seemed out of place. Given the increasingly militarized response we have seen to citizen protests, seeing Riot and SWAT teams portrayed this way in a children’s book was troubling.

If you'd like to pick up a copy as a gag gift for your favorite police-beaten Occupier, the book is "Police Cars." Google Books has a few scanned pages here. Read the rest