Video: How long can food stay frozen once the power's out? 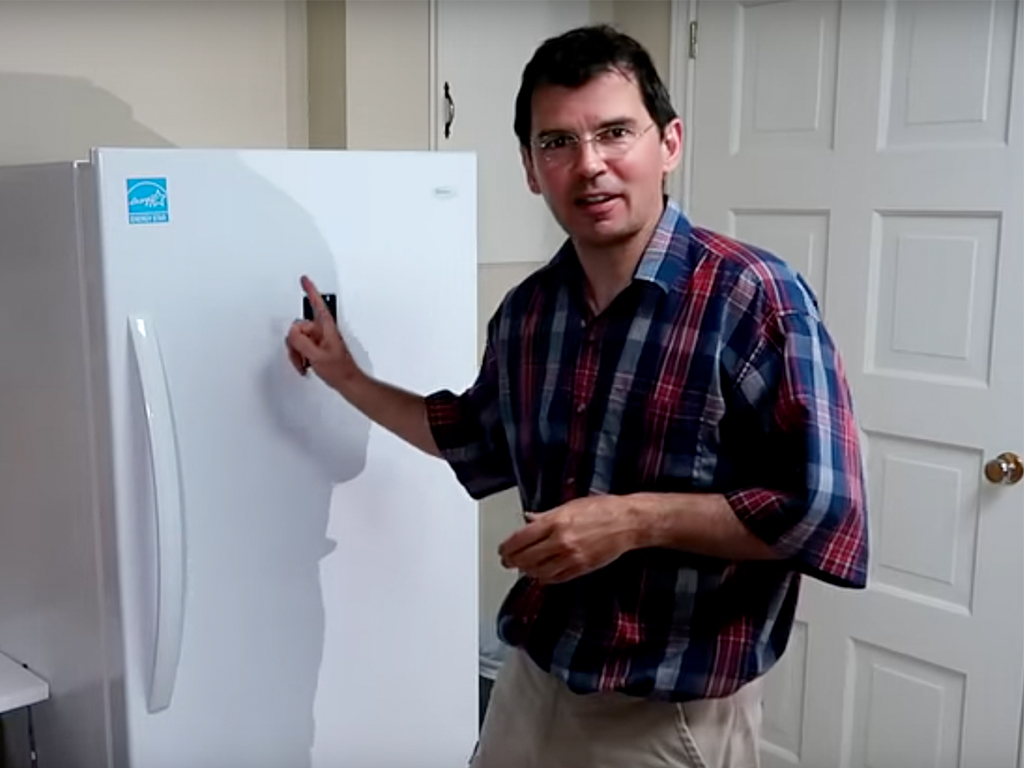 As my refrigerator and freezer are both designed to run off of 12v, 120v (supplied by a diesel generator, if needs be) or propane, Having my food spoil during a power outage isn't at the top of my list of worries. However, having rented whole lotta apartments before moving into my current digs, I understand the stress that can come from fretting over having hundreds of dollars worth of food ruined, thanks to a blackout.

Growing up in a tornado-prone region of Canada, I was taught that, once the lights go out, the fridge and freezer stayed closed: every time you open either of them when there's no juice to run the refrigerator's or chest freezer's compressors, you're allowing heat in, making it more probable that your food will be borked before power's restored. Of course, no one ever knew when the lights would be coming back on, in the aftermath of a storm. Nor did they have any idea of how long the food being chilled could stay cold once the fridge or freezer were no longer being powered.

For his work on sorting out an estimate of how long your frozen shit will stay frozen, the gentleman in this video deserves a medal. Depending on what type of refrigerator or freezer you own, your chilly mileage may vary. But the data-driven estimate that this video provides is the best resource on the topic that I've encountered. Read the rest

It began with a few small mistakes.

Around 12:15, on the afternoon of August 14, 2003, a software program that helps monitor how well the electric grid is working in the American Midwest shut itself down after after it started getting incorrect input data. The problem was quickly fixed. But nobody turned the program back on again.

A little over an hour later, one of the six coal-fired generators at the Eastlake Power Plant in Ohio shut down. An hour after that, the alarm and monitoring system in the control room of one of the nation’s largest electric conglomerates failed. It, too, was left turned off.

Those three unrelated things—two faulty monitoring programs and one generator outage—weren’t catastrophic, in and of themselves. But they would eventually help create one of the most widespread blackouts in history. By 4:15 pm, 256 power plants were offline and 55 million people in eight states and Canada were in the dark. The Northeast Blackout of 2003 ended up costing us between $4 billion and $10 billion. That’s “billion”, with a “B”.

But this is about more than mere bad luck. The real causes of the 2003 blackout were fixable problems, and the good news is that, since then, we’ve made great strides in fixing them. The bad news, say some grid experts, is that we’re still not doing a great job of preparing our electric infrastructure for the future. Read the rest

Meet the people who keep your lights on

Power was restored today in India, where more than 600 million people had been living without electricity for two days. That's good news, but it's left many Americans wondering whether our own electric grid is vulnerable.

Here's the good news: The North American electric grid is not likely to crash in the kind of catastrophic way we've just seen in India. I'm currently interviewing scientists about the weaknesses in our system and what's being done to fix them and will have more on that for you tomorrow or Friday.

In the meantime, I wanted to share a chapter from Before the Lights Go Out, my book about electric infrastructure and the future of energy. If you want to understand why our grid is weak, you first need to understand how it works. The key thing to know is this—at any given moment, in any given place, we must have an almost perfect balance between electric supply and electric demand. Fluctuations of even fractions of a percent can send parts of the system towards blackout.

More importantly, that careful balance does not manage itself. Across North America there are people working, 24-7, to make sure that your lights can turn on, your refrigerator runs, and your computer works. They're called grid controllers or system operators. Most utility customers have never heard of these guys, but we're all heavily dependent on them. They keep the grid alive and, in turn, they keep our lives functioning—all without the benefit of batteries or any kind of storage. Read the rest