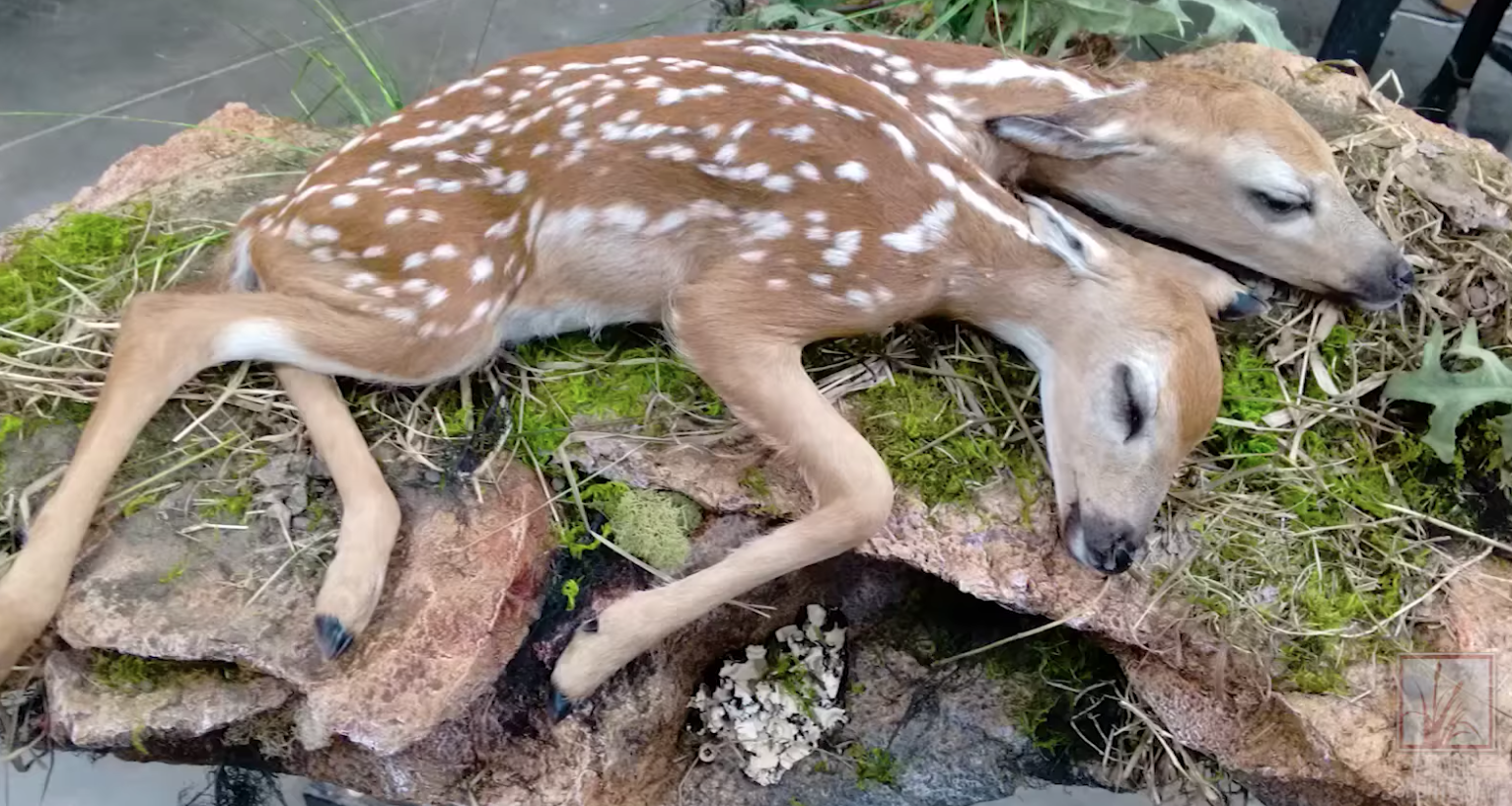 Two years ago, a freshly-born two-headed fawn was discovered dead in a Minnesota forest by a mushroom hunter. It has now been confirmed, in a recently-published study in The American Midland Naturalist, that the specimen is the first known case of a "conjoined two-headed white-tailed deer brought to full-term gestation and delivered."

"It’s never been described before," said Lou Cornicelli, a co-author on the study and a wildlife research manager for the DNR. "There are a few reported cases of two-headed ungulate fetuses, but nothing delivered to term. So, the uniqueness made it special..."

..."Animals that are stillborn, they don’t last long on the landscape because of scavengers," said Cornicelli. "In our case, we were lucky that he found the fawn before it was eaten and turned it into DNR."

...Wild Images In Motion Taxidermy mounted the unique two-headed fawn on a bed of greenery, where it lies as though it is just waking from a nap. The mount will eventually be moved to the MNDNR headquarters in St. Paul, where it will be on public display.

"We all thought it was pretty neat and were glad to be able to show it to the public," said Cornicelli. "The taxidermists, Robert Utne and Jessica Brooks did a great job with the mount and treated it very respectfully."