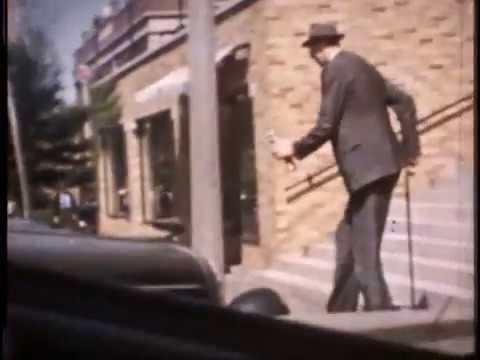 As a kid, my favorite photos in the Guinness Book of World Records were the massive McGuire Twins on their motorcycles, the guy with the crazy long fingernails, and of course Robert Wadlow (1918-1940) who at 8'11" is considered the tallest person in human history. Above is amazingly weird film footage of Wadlow taken in the 1930s. Read the rest

This map shows where the tallest people live 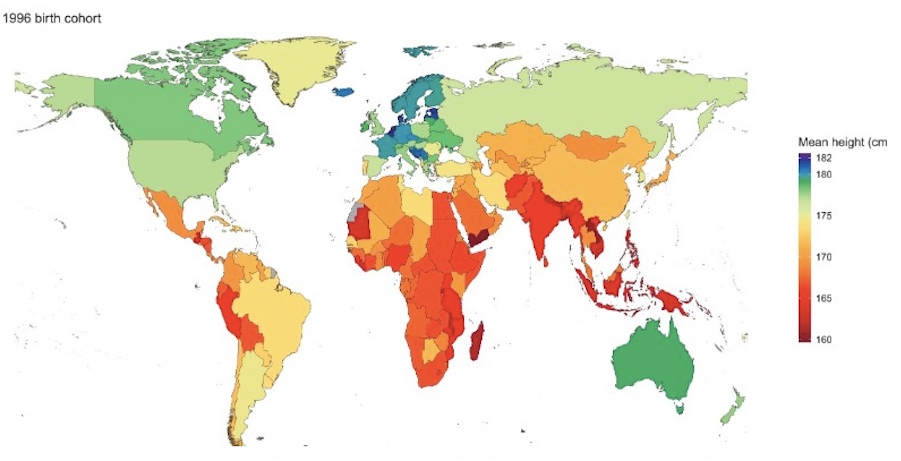 New research on trends in adult human height over the last century confirm that, no surprise, humans are getting taller overall due to better nutrition and disease control. However according to the health science group Non-Communicable Diseases Risk Factor Collaboration (NCD-RisC), the gain in adult height varies dramatically by country. From their paper, published in the journal eLife:

The largest gain in adult height over the past century has occurred in South Korean women and Iranian men, who became 20.2 cm (95% credible interval 17.5–22.7) and 16.5 cm (13.3–19.7) taller, respectively. In contrast, there was little change in adult height in some sub-Saharan African countries and in South Asia over the century of analysis. The tallest people over these 100 years are men born in the Netherlands in the last quarter of 20th century, whose average heights surpassed 182.5 cm, and the shortest were women born in Guatemala in 1896 (140.3 cm; 135.8–144.8).

The scientists' hope is that understanding these changes and distributions could be used "to improve nutrition and health across the world."

"It would also be valuable to understand how much becoming taller has been responsible for improved health and longevity throughout the world," they write."

"A century of trends in adult human height" (eLife) 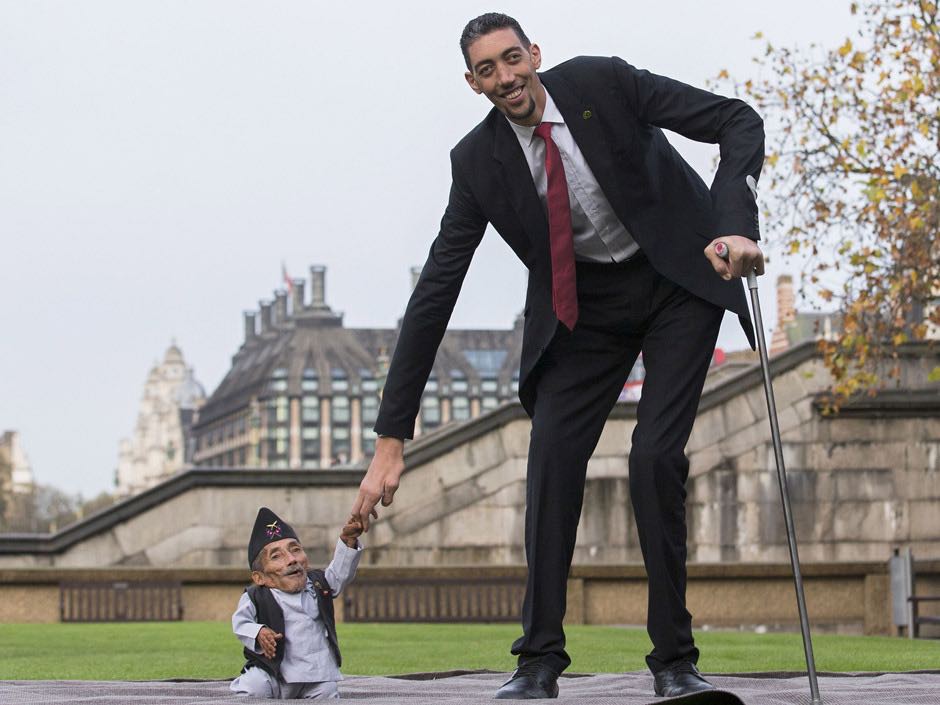