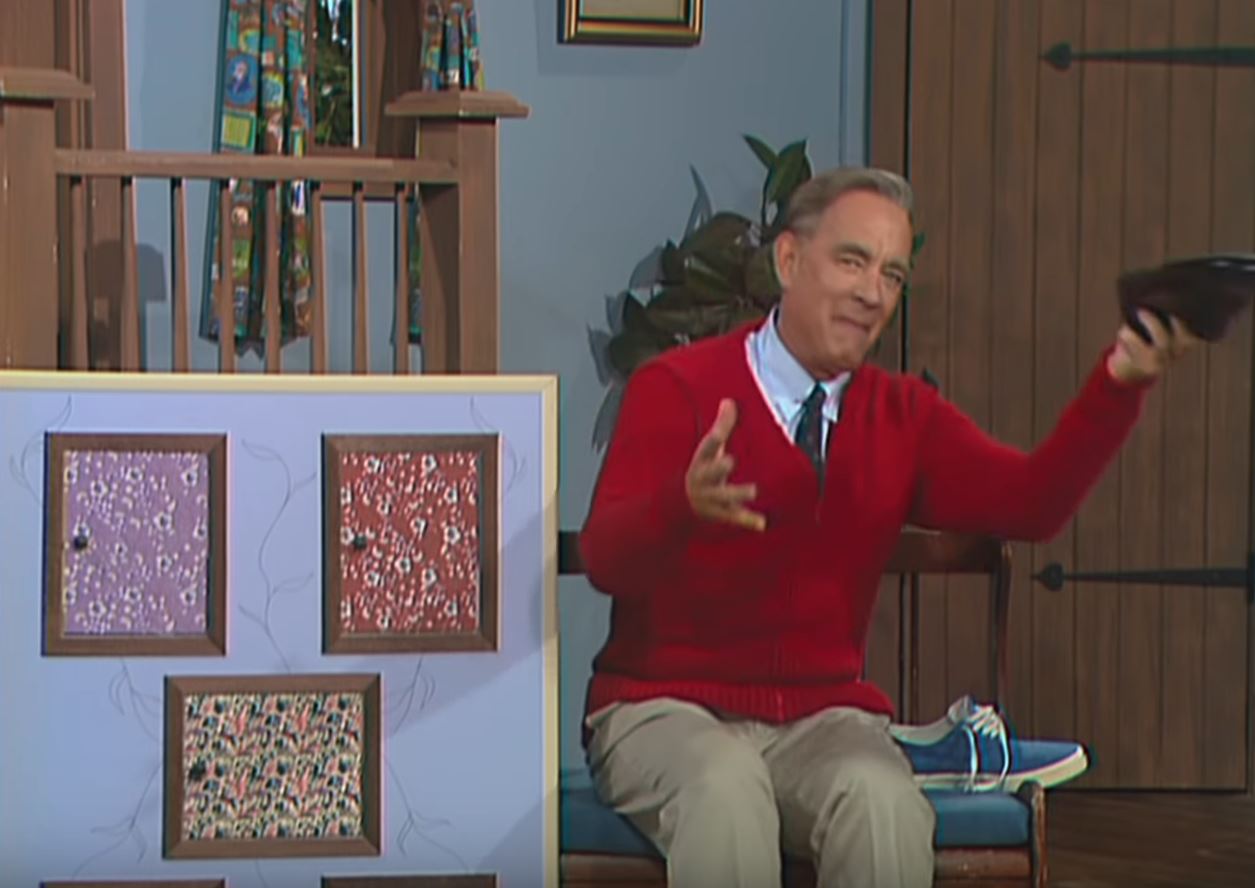 If you haven't seen Morgan Neville's documentary about Fred Rogers, Won't You Be My Neighbor?, be sure to before the Hanks movie hits. Read the rest 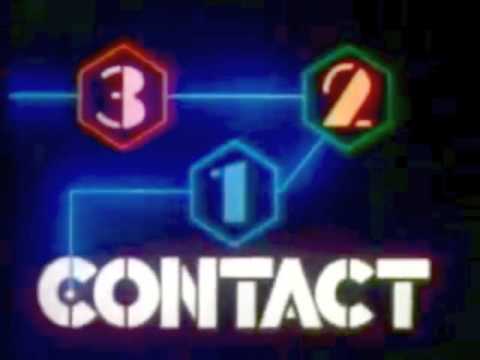 One of my favorite TV shows as a kid had a rockin' 80s style theme, 3-2-1 Contact made science exciting.

The very first episode opens with the making of this fantastic track, but they re-cut it several times over the life of the show.

I have a hard time picking a favorite. Which is yours?

I also loved the Villa Allegre theme. Read the rest 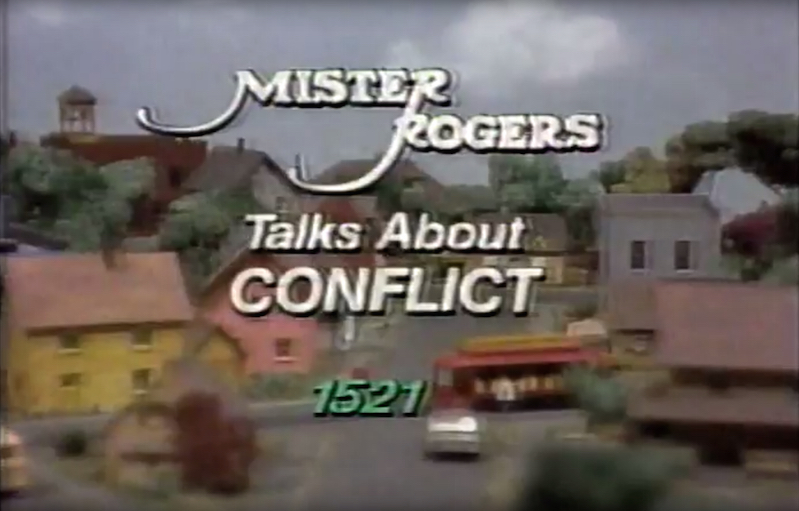 Over the weekend, two episodes of Mister Roger's Neighborhood "Conflict" series unexpectedly appeared on YouTube after being unavailable for three decades. YouTube quickly removed them, but to many, the timing felt related to Trump's plans to defund PBS. Read the rest 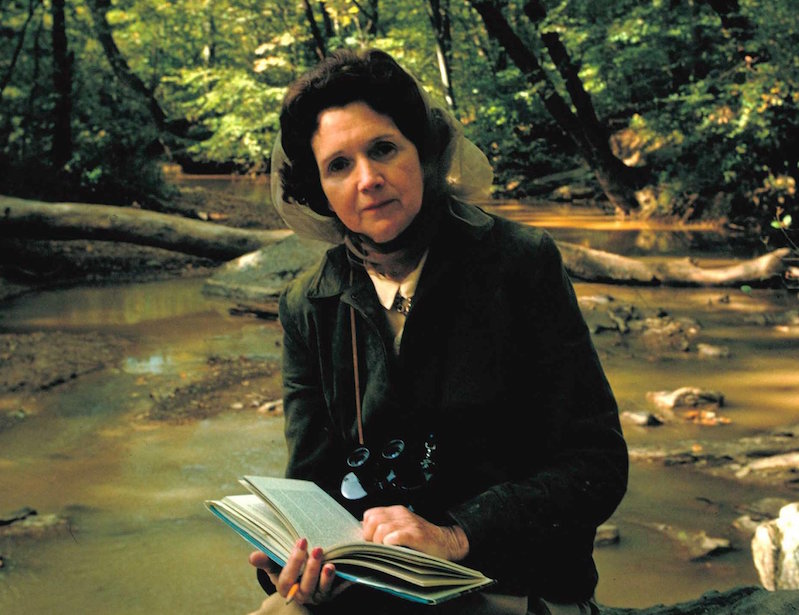 If you're feeling demoralized by the assault on our environment under the current administration, you might find inspiration in the PBS profile of environmentalist Rachel Carson. Read the rest

In 2009, the National Academies of Science published a massive report on forensics. For many Americans, forensics is possibly the most familiar of all the sciences. It's the one we welcome into our living rooms every night, along with TV crime dramas and murder mysteries. But the report's conclusions might surprise you.

For one thing, it's hard to even generalize about the state of forensic science in the United States, because everything from standard practices to accreditation varies widely by sub-discipline, law-enforcement agency, and whether the law enforcement is happening at a local, state, or federal level. Worse, it's not at all clear that some of those sub-disciplines have a sound, scientific basis. For instance, DNA analysis tends to be pretty well-supported by evidence, while fingerprint analysis remains an art, more dependent on the person looking at the fingerprint than on hard laws of anatomy. Of course, the report also found that there simply hasn't been enough research done to determine how scientific most disciplines of forensic science are to begin with. Meanwhile, the Supreme Court has allowed trial judges to certify forensic techniques as reliable even though we don't know whether they they are or not — and those decisions have been made in a haphazard, inconsistent way from one judge to the next.

Given how much our legal system relies on this stuff, we should all be feeling more than a little uncomfortable right about now. The state of forensic science, combined with its importance, virtually guarantees that there are innocent people behind bars (or worse) and criminals on the loose. Read the rest

Bones of Turkana: Meave and Richard Leakey on human ancestors and the Leakey legacy

The Leakey family is like the Kennedys, but for paleoanthropology instead of politics. Think about any hominin fossil or artifact you can name. Chances are, there was a Leakey involved in its discovery. Louis Leakey was one of the first scientists to champion the idea that humans had their origins in Africa. For three generations now, his family has carried out active paleo excavations in eastern Africa, especially the countries of Tanzania and Kenya.

The first generation—Louis Leakey and his wife Mary—were most associated with Tanzania's Oldupai Gorge. But their son Richard, his wife Meave, and their daughter Louise have all spent their careers focused on Lake Turkana, on the border between Kenya and Ethiopia. The site is the world's largest, permanent desert lake. Undisturbed by modern development, in a spot where millions of years of flowing water have washed deposits and fossils down from the rift valley—Lake Turkana is an excellent place to search for human ancestors and our ancient relatives.

On Wednesday, PBS will air an hour-long documentary on the Leakeys' work at Lake Turkana. Part biography of Richard Leakey and part exploration of human history—Bones of Turkana will air May 16th at 9:00 pm central and again on May 21st at the same time. Yesterday, I got the opportunity to speak with Richard and Meave Leakey. We talked about human evolution, the scientific promise of Lake Turkana, the process of paleo fieldwork, and the lasting impression of the Leakey legacy. Read the rest

Last night, PBS FRONTLINE aired a new documentary about what happened at the Fukushima nuclear power plant during the crucial first days of that crisis. Using amateur video shot during the earthquake and tsunami, interviews with power plant workers who were on the scene, and some astounding footage taken inside the power plant itself, the documentary is extremely powerful. It feels weird to say this, given the effect the meltdowns have had on Japan's energy situation and the lives of the people who lived and worked near the plant ... but it seems as though Fukushima could have been a lot worse. The documentary shows us the valiant risks taken by firemen and plant workers. It also shows us the moments where, in the midst of the Japanese government and utility company TEPCO doing a lot of things very wrong, individuals stepped up to make decisions that saved lives. Without those things, this would have been a very different (and much darker) story.

In about ten minutes, I'm going to be moderating a live Q&A with Dan Edge, the producer of Inside Japan's Nuclear Meltdown. I'll be asking him some questions about the story, and the process of filming a documentary like this. There will also be opportunities for you to ask Edge some questions, as well. (And I already know y'all are good at coming up with interview questions.)

You can follow along, or join in on the discussion, using the chat box embedded in this post. Read the rest

"Nuclear Aftershocks," the PBS Frontline documentary which Maggie described in a Boing Boing review as "brilliant," airs tonight online and on local PBS stations at 10pm. I've seen an advance copy, and I agree that it's excellent—though I'm admittedly biased, since I love everything Miles O'Brien does, and collaborate with him creatively from time to time. A preview of the documentary is above. They have some cool web extras up at the Frontline site, including a map of how much nuclear power each US state relies on. Read the rest

About halfway through Nuclear Aftershocks, a new FRONTLINE documentary about the physical and social fallout of the Fukushima nuclear disaster, it becomes clear that correspondent Miles O'Brien and his production team are really going to piss some people off. In the best possible way.

The first part of the program is a pretty straightforward timeline, walking you through the earthquake and tsunami that led to meltdown at a Japanese nuclear power plant. It's a gripping story, and includes some particularly heart-wrenching details—Fukushima plant workers scavenging car batteries in a last-ditch attempt to restore backup power, the Japanese paleontologist who spent 20 years trying to warn the government and industry that tsunamis of this magnitude had happened before and would happen again. At the same time, though, it's pretty straightforward stuff. You might have heard the information elsewhere, it's just better explained here.

What makes Nuclear Aftershocks different is the point when the documentary shifts gears, and begins to talk about what happens next. What does Fukushima mean for the future of nuclear energy? What happens if places like Germany and Japan shut down their nuclear power plants? How does the fear of nuclear meltdown stack up against the consequences of a world with no nuclear energy? This is where Nuclear Aftershocks really gets good, and it starts with one fact.

Japanese officials evacuated areas around the crippled nuclear plant where humans would receive a radiation dose of 20 millisieverts per year. Read the rest