A Hungarian cover of the Stones' "Honky Tonk Women" 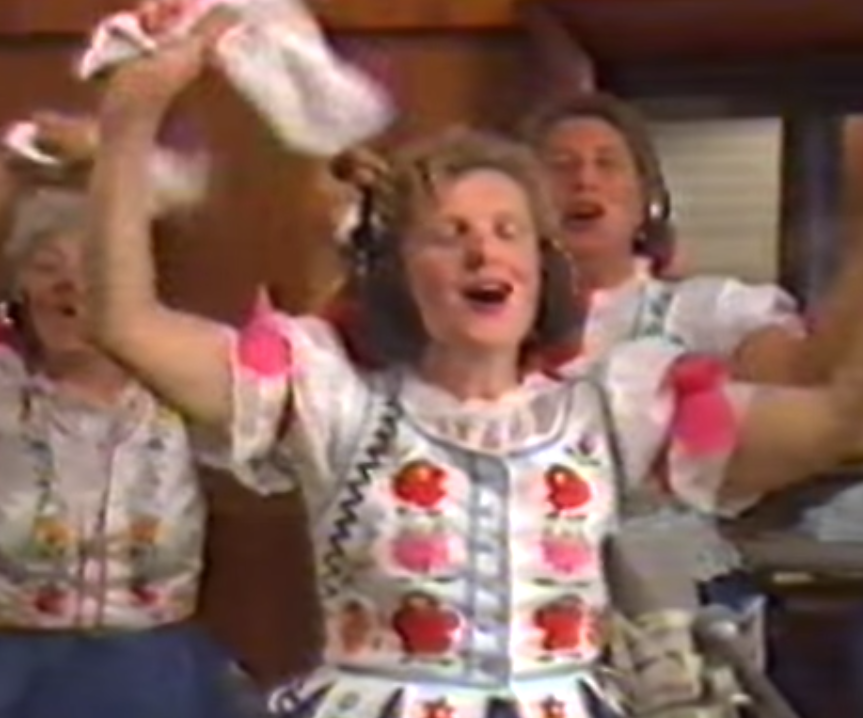 "I met a gin soaked bar-room queen" in... Budapest?

Australian personality Greg Grainger is backed up by the Graingerettes, a group of women all decked out in traditional Hungarian dress, in this rousing cover of the Rolling Stones' "Honky Tonk Women." It was recorded sometime in 1990 and was downloaded from on old VHS tape.

"Brian Jones co-wrote this jingle with the J. Walter Thompson ad agency. It was only shown in England in 1964. Nice one Brian!"

What's the best camera? The one you have in your hand, particularly if it's a Sony RX-100, says Rob Reid. He test-drives the compact digital camera at a Rolling Stones concert, and enjoyed the shots as much as the show.

In a statement by Fairey, he said that he was overwhelmed by the idea of redesigning the logo when Mick Jagger reached out to him.

One of the first questions he had for Jagger was the inclusion for the ‘tongue’, which Jagger responded, "yeah I guess it ought to be".

His concept behind the logo was to highlight the Stones' legacy and integrate the ‘50’ in a ‘creative and memorable way’, that not only celebrated their trademark icon but also to commemorate their historical anniversary.

Taxi: The Rolling Stones Celebrates Its 50th Anniversary With A New Logo Read the rest