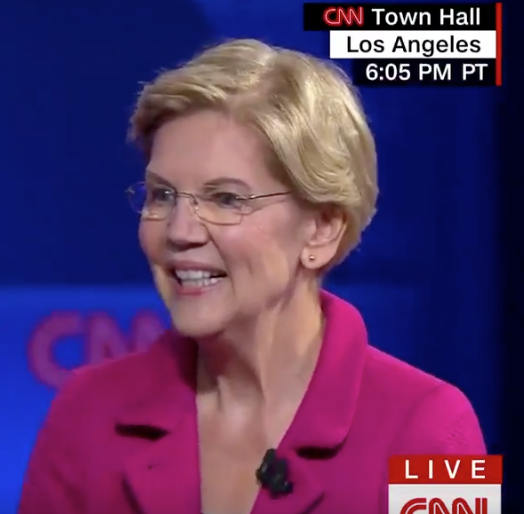 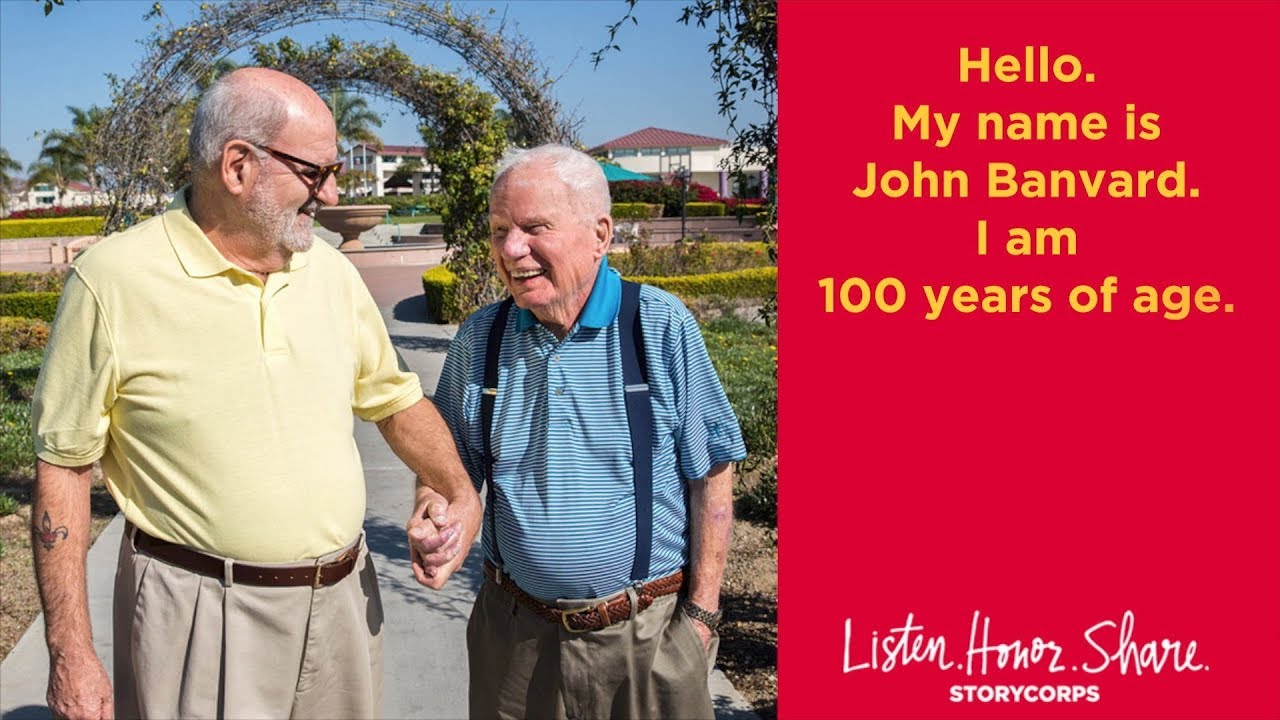 This is the sweet story of married military veterans, John Banvard (100) and Jerry Nadeau (72). John served in World War II and Jerry served in Vietnam. What makes their May-December love story extra special is that when they met in 1993, neither had ever been in a serious relationship with a man (as Jerry says, they were "sort of in the closet"). At that time, John -- a widower of 10 years -- was 75 and Jerry was 47.

At first, the two seemed worlds apart. John was a lover of art and theater, while Jerry was an outdoorsman. But they hit it off and soon became inseparable.

It's never too late, folks. Read the rest 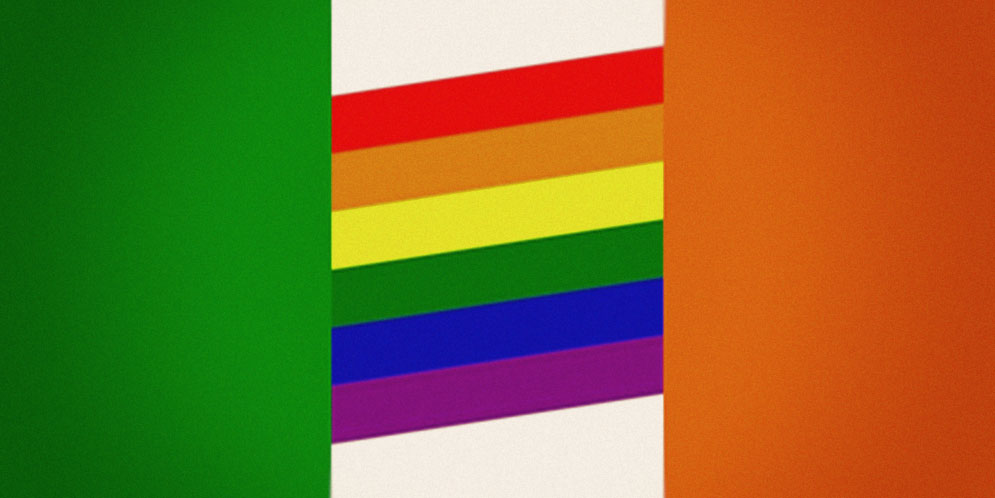 Eire we go, at last! The BBC reports that the Republic of Ireland will now permit same-sex couples to wed.

It is not yet known when and where the first same-sex wedding will be held.

But the first people to be affected are same-sex couples who have already wed legally abroad. Their marriages are now automatically recognised by the state.

They include Orla Howard and her wife Dr Grainne Courtney, who were married in the United States in May 2013.

The new rules follow a referendum in May in which Irish voters overwhelmingly supported the change.

Ireland was late to the gay rights party, only decriminalizing homosexual acts in 1993. But now it is the first country to legalize same-sex marriage by popular vote.

This leaves Northern Ireland as the last holdout in the Atlantic Archipelagos1; though about 70% of locals support same-sex marriage, conservative protestants in government have apparently used procedural measures to prevent the law being voted upon.

1. Various wee UK tax shelters have yet to permit same-sex weddings, but all have signaled their legislative commitment to marriage equality. Read the rest 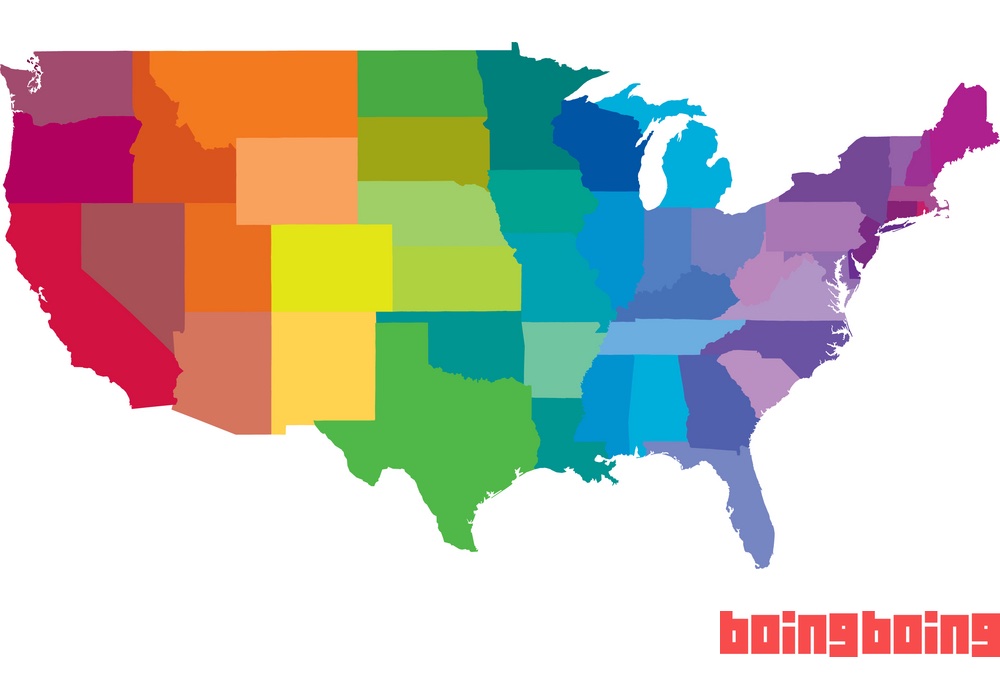 Last wish of married lesbian soldier dying of breast cancer: "Let DOMA die before I do"

Charlie Morgan, a 47-year-old career soldier in the late stages of metastatic breast cancer, says she hopes to live long enough to see the federal Defense of Marriage Act (DOMA) overturned, so that her wife will receive the benefits that a widow in a hetero couple would receive. “I’m praying that they take it up soon,” Morgan told the Washington Post in a phone interview from her home in New Durham, NH “It’s my motivation for staying alive. I really need to be alive when they actually do overturn DOMA, otherwise Karen is not guaranteed anything.” Read the rest here. Read the rest

Music for Marriage Equality is working with Washington musicians to approve R-74, a referendum that will put same-sex marriage to the popular vote on Washington's state ballot in November.

Macklemore & Ryan Lewis recorded this lovely song, which includes vocals by Mary Lambert, to benefit Music for Marriage Equality. The cover art (above) for the single is a photograph of Macklemore’s uncles, who served as inspiration for the song and were a model of a committed and loving relationship while he was growing up.

Here's Macklemore on the process of writing the song:

This song, which I wrote in April, is a response to what I have observed and experienced, and is also an act of personal accountability. It was not easy to write, and I struggled with how I, as a straight male, could genuinely speak upon this issue.

Initially, I tried writing from the perspective of a gay, bullied kid, but after getting some feedback, I felt it wasn’t my story to tell. What I do know, and where I wrote from, is my own perspective growing up in a culture where “that’s gay” was commonplace, with a huge stigma on those who identified and were perceived as gay.

Growing up in the Catholic Church, I saw first-hand how easily religion became a platform for hate and prejudice. Those who “believed” were excused from their own judgments, bypassing the stark issue of basic civil rights.

But, more influential to me as a kid than the church was hip hop, my cultural foundation that influenced my worldview.

When Same-Sex Marriage Was a Christian Rite

Gwinna at anthropologist.livejournal.com writes: "Contrary to myth, Christianity's concept of marriage has not been set in stone since the days of Christ, but has constantly evolved as a concept and ritual. Prof. John Boswell, the late Chairman of Yale University’s history department, discovered that in addition to heterosexual marriage ceremonies in ancient Christian church liturgical documents, there were also ceremonies called the 'Office of Same-Sex Union' (10th and 11th century), and the 'Order for Uniting Two Men' (11th and 12th century)." (via @joshuahol) Read the rest

Open thread: "Same sex couples should be able to get married"—Barack Obama, May 9, 2012

U.S. President Barack Obama said today he believes same-sex couples should be allowed to marry, taking a stand that is likely to please his political base and upset conservative voters. Your thoughts on the news, and what it means for the presidential election season in America, are welcome in the comments. Read the rest

You know, years ago, my daughter went to, she was in elementary school. Many of you have met my daughter. She’s a fabulous girl. She’s wonderful. My boys are great too, but my daughter is just something special, and she was the light of her father’s eyes. And she went to school and there were some kids that were, a whole group of kids that were picking on another kid. And you know, my daughter stood up for that kid, even though it was not the popular thing to do. She knew it was the right thing to do. And I was never more proud of my kid, knowing that she was speaking against the vocal majority on behalf of the rights of the minority.

And to me, it is incumbent upon us as legislators in this state to do that. That is why we are here, and I shudder to think that if folks who had proceeded us in history did not do that, frankly I’m not sure I would be here as a woman. I’m not sure that others would be here due to their race, or their creed. And to me, that is what’s disconcerting.