A drive-in theater screening 'Twister' was hit by a twister. Or was it? 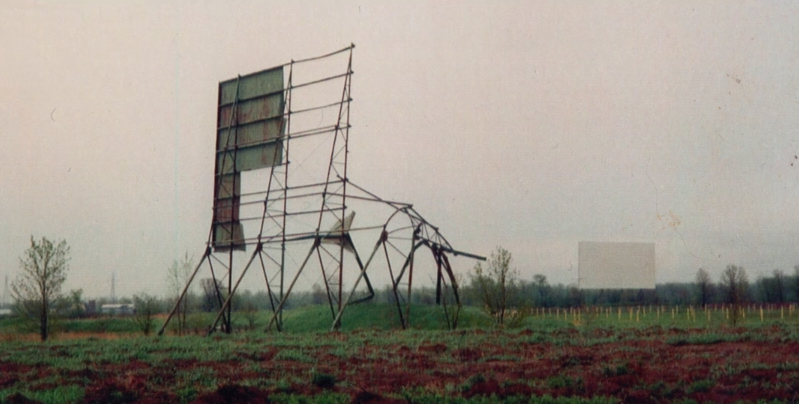 In 1996, a powerful storm tore through a Canadian drive-in theatre, destroying a screen. Some witnesses recall it was during a screening of 'Twister,' which includes a scene where a drive-in is destroyed by a twister. The short documentary "Twisted' looks at how memories can be distorted over time. Read the rest

Clouds darken and gather before they unleash fury onto wind-swept plains in The Chase, a remarkable new film by Mike Olbinski. Prepare for a memorable journey. Read the rest

On NPR's Talk of the Nation today, a segment about the particularly damaging impact Sandy has had this week on elderly and disabled populations in the storm's path. Many remain isolated "in cold, dark homes without assistance, food and running water." Related: News today that a 93-year-old man whose electricity was knocked out has died from hypothermia from prolonged exposure to the cold. Read the rest

Burnt houses next to others that survived in Breezy Point, Queens, after Hurricane Sandy, on October 31. (Reuters/Adrees Latif)

At The Atlantic, a big-picture gallery of photos from AP and Reuters photogs and others, documenting the scope of damage in NYC, NJ, and other areas hard-hit by the recent "Superstorm" Sandy. This is way bigger than "some lights are out," folks.

On Monday, Oct. 29, Sandy headed for the East Coast, looking to make landfall in my home state of New Jersey. Days before, my local CERT (Community Emergency Response Team) group staffed a Red Cross shelter at Chairville Elementary School in suburban Medford, NJ. Having volunteered to staff a shelter there last year during Hurricane Irene, I knew there would be residents with worried minds and lots of time on their hands, in need of distractions. Read the rest

Jen van der Meer snapped this wonderful photo of a nice man sharing power with strangers in NYC, after massive outages from Hurricane Sandy. Click for large. (thanks, @aileengraef!) Read the rest

One of the focal points of the storm emergency in New York City last night was New York University's Langone Medical Center: the hospital's main and backup power generators all failed, and hospital staff had to evacuate patients as power resources faded. All but 50 patients have been evacuated, and the remaining 50 are due to be transferred this morning. Those patients included 20 prematurely-born newborn babies who were in intensive care. This morning, CBS News has a first-person account from Dr. Jonathan LaPook, a CBS News medical correspondent (also a board-certified physician in internal medicine and gastroenterology).

Many patients were too sick to walk down the narrow staircase to the lobby. They were painstakingly carried on plastic sleds - one by one - by teams of four to five people from as high up as the 17th floor. I went to several of the floors with Dr. Mark Pochapin, the director of the Division of Gastroenterology at NYU. He was one of a team of people making sure that communication flowed and that everybody was accounted for. The intensive care unit was already evacuated when I arrived. Lit only by my flashlight, filled with crumpled blankets and other evidence of a hasty retreat, it appeared eerie to me - like a scene in a movie where a cup of still-warm-coffee tells the detective that somebody had been a room only minutes before. But this was undeniably real life and the clock was ticking as the team of workers raced to evacuate the patients.

Here's an excellent resource to link and re-tweet: a crisis/storm-tracking map from Google, with shelter information, and updated data on Sandy's expected course.