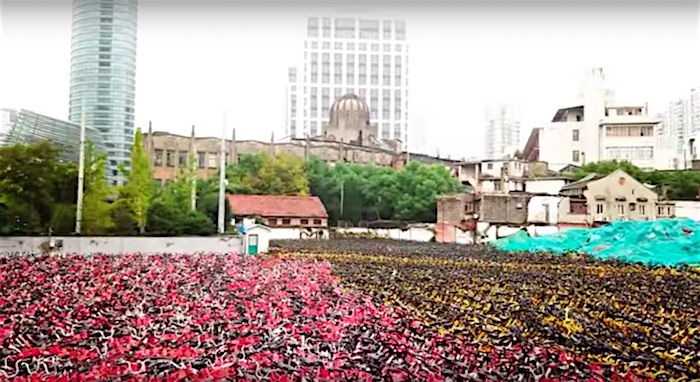 Untouched sharable bikes on China's sidewalks are now being gathered in a massively grim pile of failed business endeavors.

Thousands of the bikes were dumped in the Chinese city of Xiamen after the country’s third largest bicycle sharing company went bankrupt, according to The Guardian. Bluegogo, who claims to have had 20 million users at its peak, shut down its operations earlier this month due to a market apparently inundated with affordable shared bikes.

The pile contains multiple-colored bikes from all three companies. These bike sharing systems still have a healthy environmental impact, but overeager venture capitalism left behind an unfortunate mountain of aluminum and polymer.

Bluegogo’s CEO Li Gang seems to have said it best when he described himself as “filled with arrogance” in an open letter apology. Gang also cited criticism for running a promotion on the anniversary of the Tiananmen Square protests showing bike icons depicted as tanks for contributing to the company’s downfall.