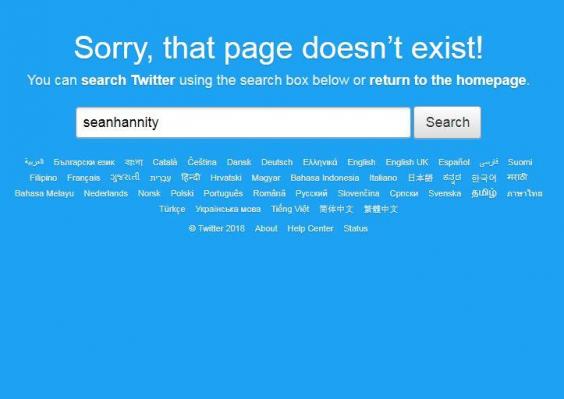 After suggesting the New York Times cooked up its story about President Trump trying and failing to fire Special Counsel Robert Mueller, Fox News anchor Sean Hannity was forced into a humiliating on-air backpedal. But then something magical happened: Hannity vanished from Twitter. Usually a vigorous, if barely-literate presence on the social media platform, Hannity's account no longer existed, and was therefore unable to receive the ridicule being heaped upon it. It was gone only for an hour, though, back up at midnight with the bizarre tweet: "Form Submission 1649 | #Hannity"

Hypothesis: Fox News (or Hannity himself) has merely created a custom Twitter app or interface and it's a bag of crap.

(Or, as one Trump supporter writes: "Make no mistake, Sean Hannity’s Twitter is down because he is extremely close to blowing up the whole deep state") Read the rest