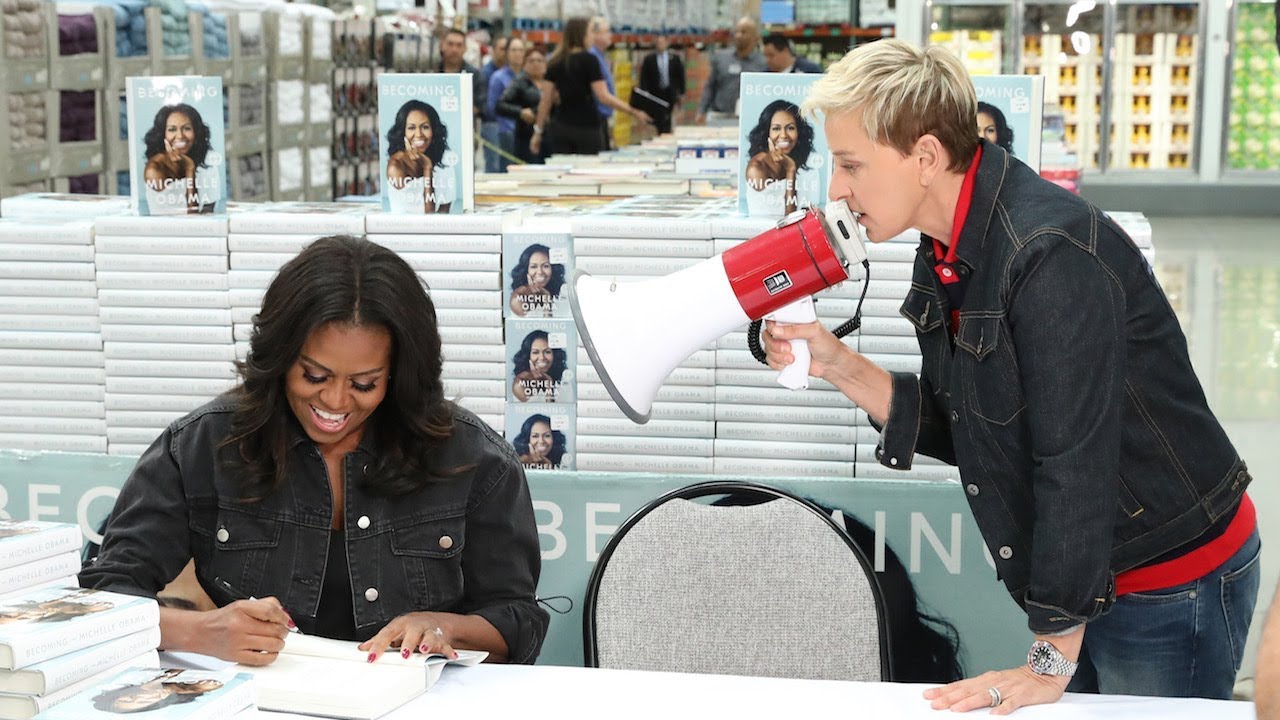 Former First Lady Michelle Obama has a new book, a memoir of her life's journey getting to the White House called Becoming. To promote it, she went to Costco with Ellen DeGeneres for a signing. But it was no ordinary signing, of course, that wouldn't make for good TV. I don't want to spoil it but let's just say Ellen made the signing more interesting with a bullhorn, a hidden flask, and a case of Preparation H (and more). Read the rest 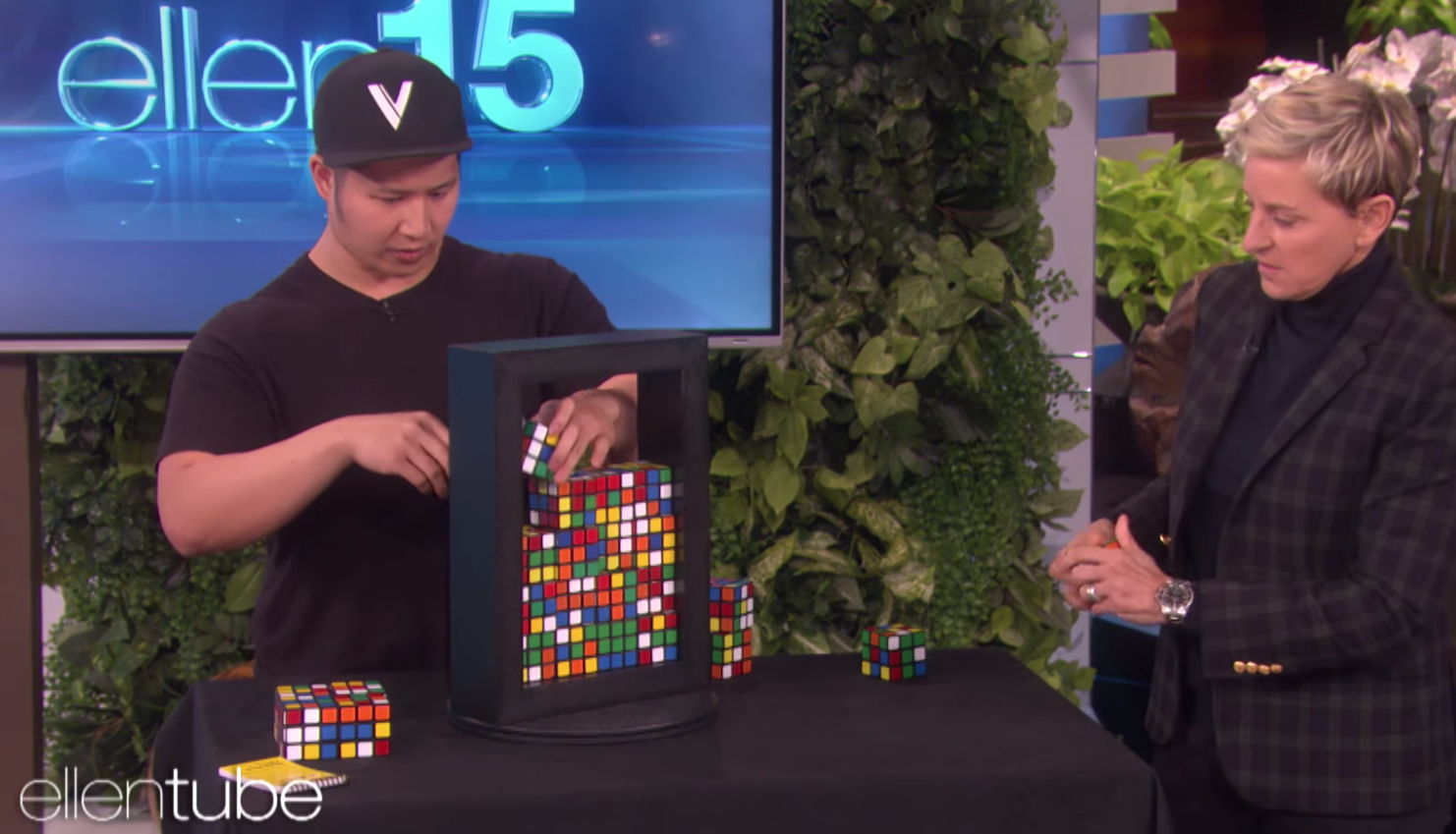 In this clip, magician Paul Vu spends a few minutes blowing Ellen's mind with his Rubik's Cube tricks. Though, I kind of got the feeling that she didn't like being duped by Vu, even in fun. Did you notice that too? 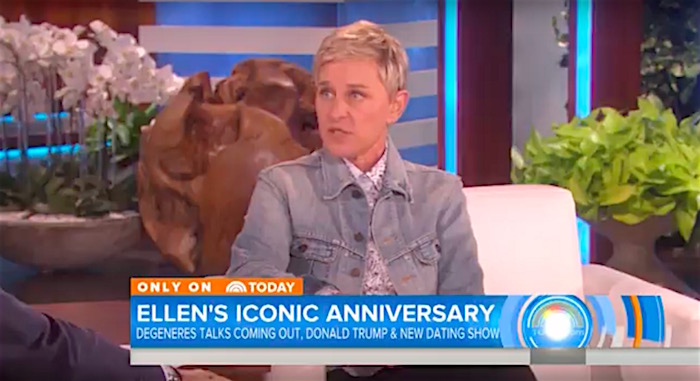 Today Show host Matt Lauer interviewed Ellen DeGeneres, and after asking her what it was like to publicly come out as gay 20 years ago, he moved on to Trump.

Lauer: What's your relationship with Donald Trump? Do you know him at all? Have you had a chance to interview him?

DeGeneres: I mean, I know him from Celebrity Apprentice because when we first started the show... we filmed something with him. I flew in his helicopter and did a bit with him. So I knew him then. I have not spoken to him since he he's run for president or become president.

Lauer: Would you like him to come on the show?

DeGeneres: Because I'm not gonna change his mind. He's against everything I stand for.

This is just lovely. Read the rest

So, on The Ellen DeGeneres Show they have a thing called a "Dance Dare". The basic idea: Sneak up around somebody when they aren't looking and boogie down, just outside their peripheral vision. If you're caught, stop dancing. Play casual. Wander away.

Which brings us to this video.

Krister Shalm is a postdoc in the Institute for Quantum Computing at the University of Waterloo, Canada. He is also a swing dancer.

A couple of weeks ago, Stephen Hawking visited the University of Waterloo and Krister took the opportunity to do a Dance Dare on the esteemed physicist. The other Ellen Dance Dares are sort of club dance-y in nature, but Krister opted for a little jazz jig more fitting his personal skill set. Read the rest