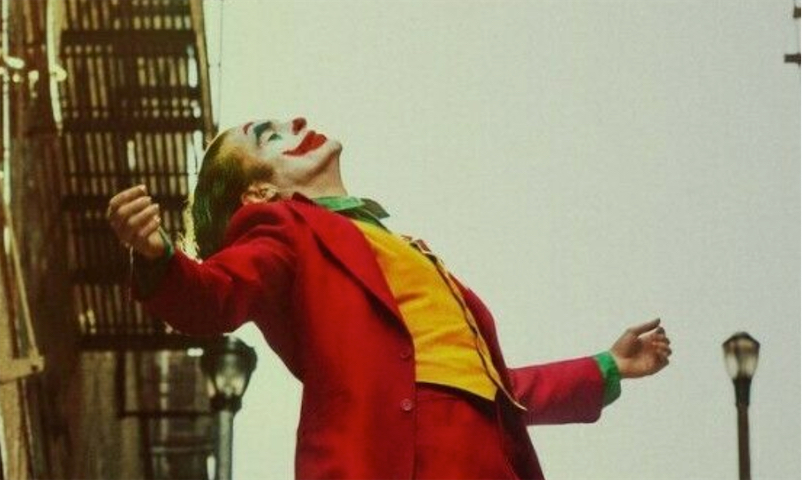 On this episode of the Fatman Beyond podcast, Kevin Smith claims that Todd Phillips' Joker originally had a much darker ending written for it. From Hypebeast:

While the final release of the film ended with Arthur Fleck being locked up in a psychiatric hospital with a scene suggesting he killed his new therapist, Smith says around the 16:35 mark in the video above that a source close to the project revealed an alternative ending featuring a flashback at the hospital. The flashback would’ve taken the audience back to Thomas and Martha Wayne’s murder scene in the alley, and reveal that it was actually the Joker who killed them. Even more shocking is the fact that the Joker then also shoots Bruce Wayne, effectively killing Batman in that particular universe.

“Originally, the ending in the hospital was different,” Smith said. “He’s in the hospital and he laughs, chuckles, and he says, ‘I was just thinking of something funny.’ What was supposed to happen was you flashed back to the death of Thomas and Martha Wayne and it was him killing Thomas and Martha Wayne and the boy was screaming and crying and he turned to walk away and he turned back, shrugged, and shot the kid. Credits.”