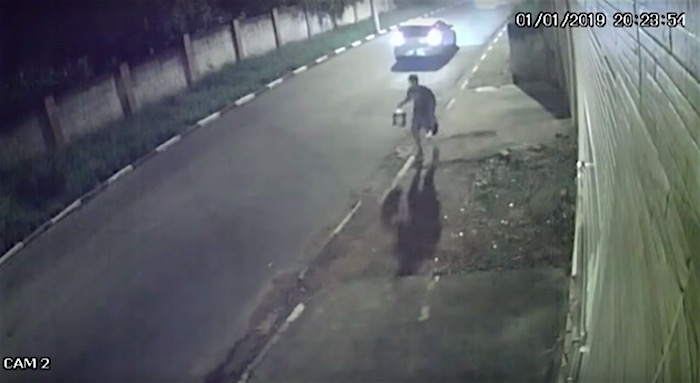 What do you do if you're walking alone on a lonely dark street and a car starts chasing you? This man is minding his own business when a car stops alongside him. It's not clear what the passenger of the car says or does to make this guy scared, but he runs in the opposite direction. The car then chases him by driving in reverse, so the guy stops in his tracks, reverses his direction again while crossing the street diagonally.

At this point another car comes by, and the man again changes his direction to run alongside it, making it impossible for the stalker to continue without making an obvious scene. This guy was both smart and lucky! Read the rest