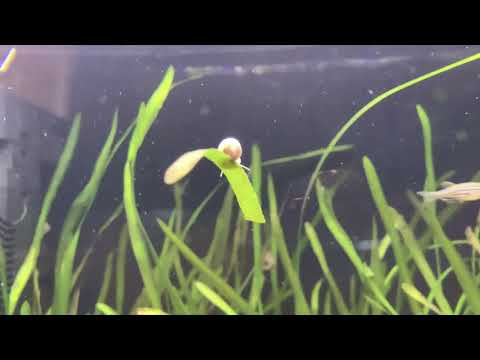 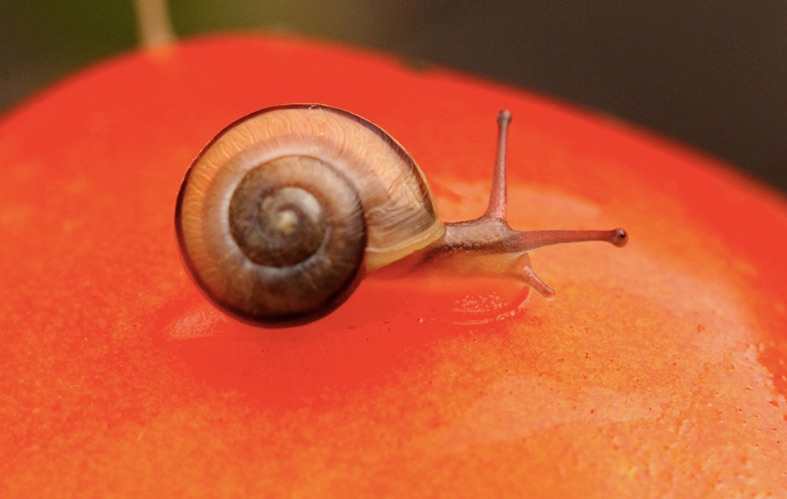 Tomato plants can detect the telltale sign of nearby snails -- slime -- and release an enzyme that deters those and other pests before they even touch the leaves, according to new research. The defense mechanism also keeps caterpillars from munching on the plants. From Scientific American:

“None of the plants were ever actually attacked,” says University of Wisconsin-Madison ecologist John Orrock. “We just gave them cues that suggested an attack was coming, and that was enough to trigger big changes in their chemistry...”

The research was comprehensive, (adds UC Davis plant communications expert Richard Karban who was not involved in the study), but he wonders how the tomato plants detected chemicals in snail slime that never actually touched them.

Here's a vegetable gardener who didn't want to share his bounty with slugs and snails, so he strung an electric barrier around the perimeter of his raised bed garden. Anytime a voracious mollusk attempts to enter the garden, it must first crawl over a pair of electrified wires, where it receives a mild shock sufficient to thwart its plans.

The gardener has kindly posted instructions for others interested in making a 9 volt electric snail/slug fence. Read the rest

Stressed-out snails have trouble remembering things they have been taught, according to a new study. [This is Devon] Read the rest

"One female can produce 1,200 eggs a year and they eat stucco" [Gizmodo] Read the rest

At a beauty salon in Krasnoyarsk, Siberia, an employee performs a "medical-cosmetic" massage on a client using African snails. The salon is the only one in the region using the "snails method", which owner Alyona Zlotnikova claims can speed skin regeneration and eliminate wrinkles. Photo: REUTERS/Ilya Naymushinclaimed. Read the rest