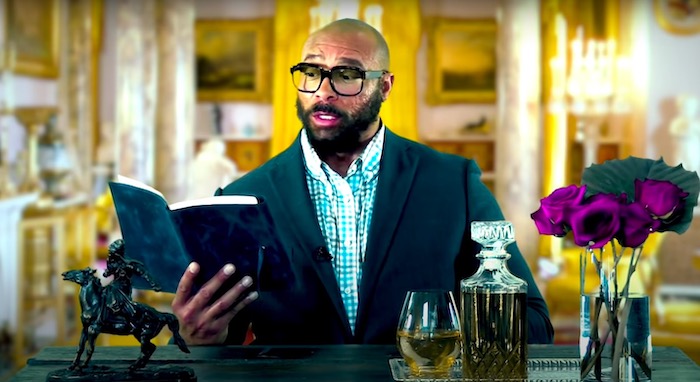 Ladies and gentlemen, gather 'round the fire for Story Hour, brought to you by The Lincoln Project. Listen to excerpts from Mary Trump's fresh-off-the-press book, Too Much and Never Enough: How My Family Created the World’s Most Dangerous Man, the book that Uncle Trump tried but failed to stop from being published.

Episode 1 describes his deep-rooted personality and emotional dysfunctions, which have plagued him since the age of three.

"Donald today, as much as he was at three-years-old, incapable of growing, learning, or evolving. Unable to regulate his emotions, moderate his responses, and synthesize information. Donald's need for affirmation is so great, he doesn't seem to notice that the largest group of supporters are people he wouldn’t condescend to be seen with outside of a rally. His deep-seated insecurities have created in him a black hole of need that constantly requires the light of compliments that disappears as soon as he’s soaked it in. Nothing is ever enough..."

Episode 2 gives us a brief history of his mother, Mary (not to be confused with author Mary, his niece), who, "in a classic example of chain migration," boarded the RMS Transylvania and journeyed to America in 1930. "Despite her status as a domestic servant, as a white Anglo-Saxon Mary would have been allowed into the country even under her son's Draconian new immigration rules introduced nearly 90 years later." The storyteller stops to scold Trump. "Now Donald, your own mother was an immigrant. Shame on you."

Stay tuned for more insightful videos from The Lincoln Project, a group of relentless never-Trumpers. Read the rest

the lincoln project / Too Much and Never Enough

The Lincoln Project defends Dr. Fauci: "Who do you trust? Donald the dope, or the doctor?" 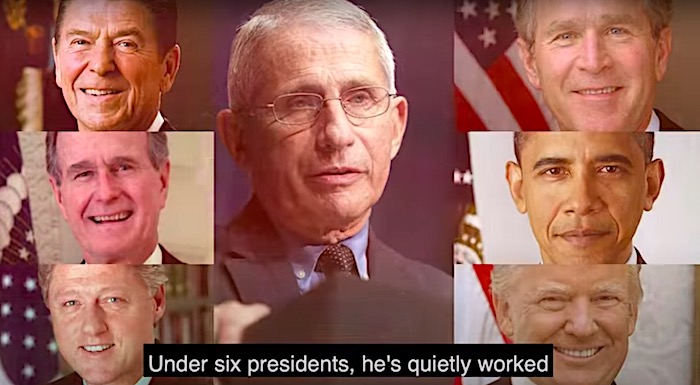 While the White House launches its smear campaign against Dr. Fauci, The Lincoln Project churns out another great anti-Trump ad to set things straight. The ad starts by reminding us that Dr. Fauci has worked for six presidents, including President H.W. Bush, who praised Dr. Fauci as an American hero during the fight against AIDS.

"Now Trump is attacking Dr Fauci," the narrator says. "Why? Because Trump failed America." As the coronavirus keeps spreading, killing nearly 140,000 people in the United States so far, Fauci's strategy is to give us facts and the truth, while Trump's strategy -- besides pushing "cures" that are proven to be deadly -- is to attack and blame.

The final message: "So who do you trust? Donald the dope? Or the doctor?" Read the rest

This Lincoln Project ad congratulating "Comrade Trump" is all in Russian 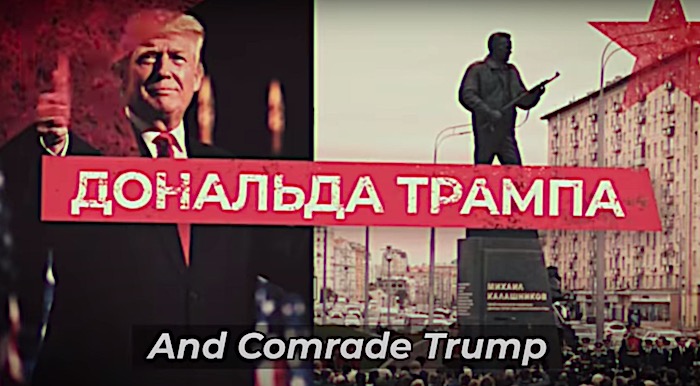 Voiced by a Russian actor, "Fellow Traveler" is a Lincoln Project anti-Trump ad that is narrated in Russian.

"Our special services worked overtime to elect Comrade Trump," it continues. "We manipulated your voters to spread our glorious propaganda. And you, American dogs, were set against each other."

One of Comrade Trump's first assignments to help puppet master Vladimir Putin came early with his "Make America Great Again" slogan. His base bought it. As The Lincoln Project tweeted yesterday, "Add ‘America First’ to the laundry list of scams Trump has sold in his life. It’s clearly Trump first, Russia second, and America last."

American soldiers’ lives are in danger and Trump has done nothing to stop it.

The Lincoln Project's new ad: Navy Seal asks why Trump isn't "stomping the living shit out" of the Russians 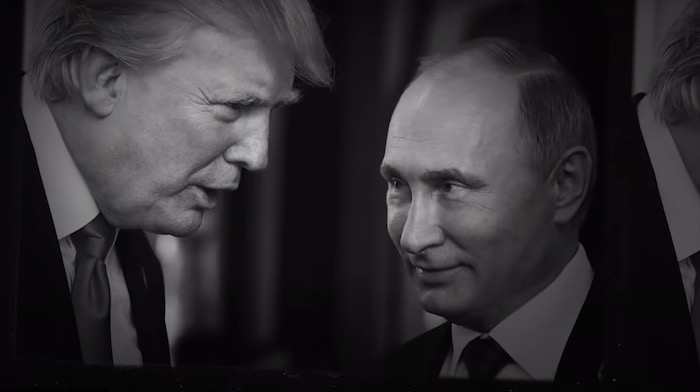 The "pro-life, gun-owning veteran" says he "sees Trump for what he is: a coward." His best line is in the form of a question: "Mr. Trump, you're either a coward who can't stand up to an ex-KGB goon, or you're complicit -- which is it?"

The Lincoln Project, made up of Republicans against Trump, including Kellyanne Conway's husband George Conway, is firing out anti-Trump ads as fast as Trump spits out hatred and lies. This one is one of their best yet. Read the rest

Coward or complicit? / the lincoln project

The Lincoln Project: Today's new ad features Trump and his 'slow the testing down' line 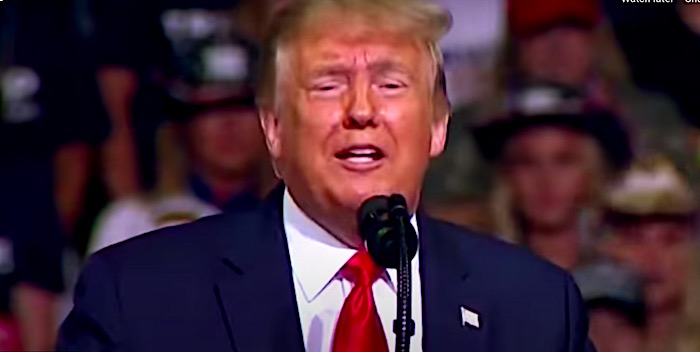 The Republicans behind The Lincoln Project are churning out anti-Trump ads on a daily basis, and their latest centers on the one scary truth that Trump shouted out at his failed Tulsa rally on Saturday: “When you do testing to that extent, you’re gonna find more people, you’re gonna find more cases. So I said to my people, 'slow the testing down, please.'”

After his handlers tried to say he was just kidding, he corrected them today outside the White House: “I don’t kid," he told reporters when they asked if what he said had been a joke.

"Slow the testing down?" the narrator in the Lincoln Project ad asks. "Slow down our chance to save tens of thousands of lives. Slow down our understanding of where Covid is and how it's spreading. Slow down our steps to reopen our economy. Every single expert told him to test more and test faster. And now we know his response." Read the rest 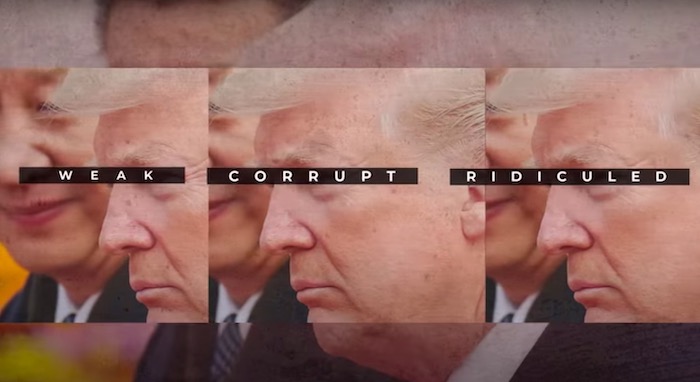 Just a few hours after juicy morsels from John Bolton's upcoming tell-all book, The Room Where It Happened, started seeping into the media yesterday, The Lincoln Project whipped up yet another anti-Trump ad. This one focuses on Bolton's claim that Trump begged China's Xi Jinping to help him win this November's election.

"China beats him every time. No matter what he says, China's got his number," the narrator says in the Republican anti-Trump group's ad. "Trump even begged Chinese leader Xi to help him win re-election, like a dog."

Via The Week Read the rest