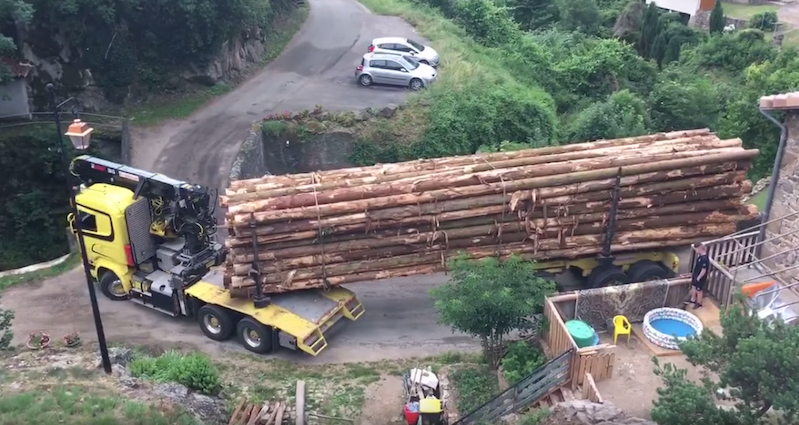 Talk about a tight maneuver. This trucker has to make a sharp right turn onto a single-lane bridge with an enormous load of logs. Read the rest 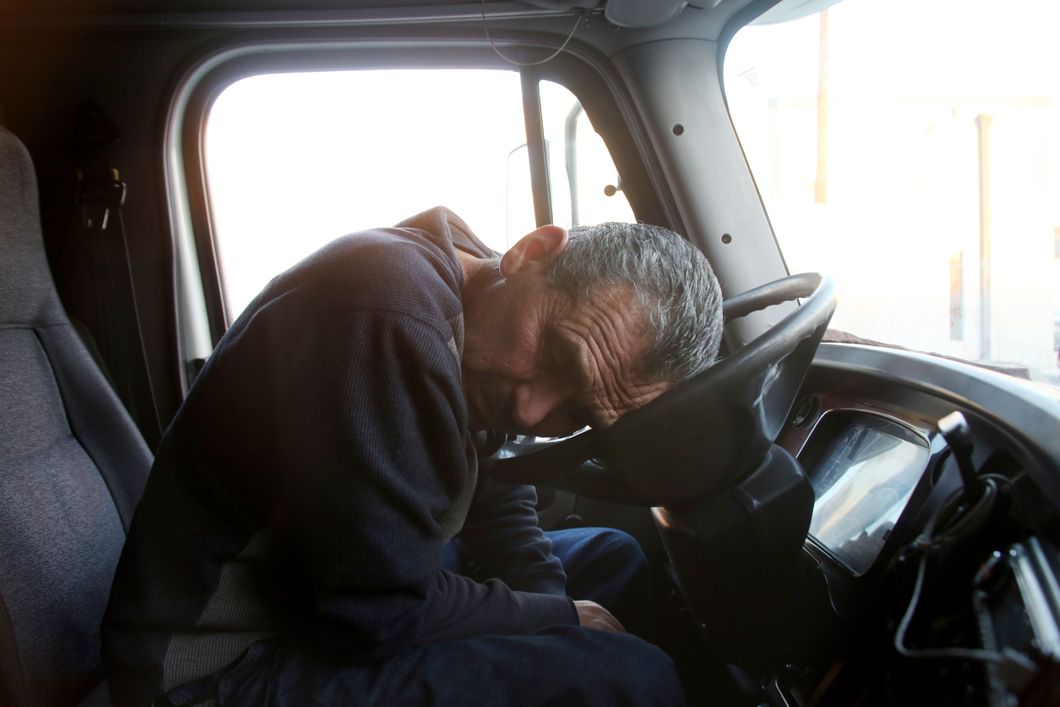 USA Today undertook a year-long investigation into southern California truckers, so-called "independent contractors" who form a critical link from America's busiest port to the rest of the country, and found that drivers are sunk into deep pits of debt due to predatory contracts they signed under duress, debts that are used to force them to work unsafe hours, falsify their work records, and sometimes bring home literal pennies a week after working 80+ hours (some drivers even finish the week in deeper debt, owing money to the companies they "contract" for). Read the rest