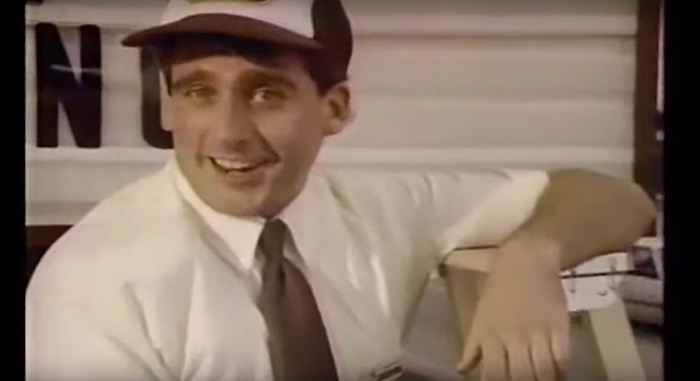 Way before Steve Carell was a 40-Year-Old Virgin or a huge star as Michael Scott on The Office, he was a working actor just like everyone else, doing children's theater as well as this Brown's Chicken TV commercial. More surprising than how young he looked at age 27 is how olive and brown this commercial was – colors expected from 1970s television but not so much in 1989. Read the rest

before they were famous / Steve Carell / working actors